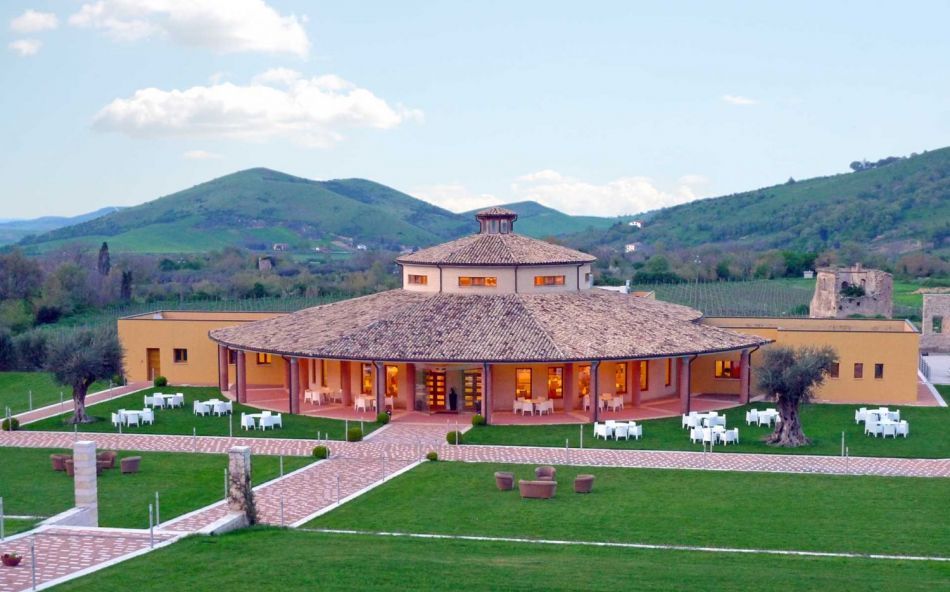 10 Jun 2014 Farinetti: “The Greatest Italian cuisine is in Puglia”

The forest, the garden and the vineyard, served straight to your table: in Bari, Puglia (the region that forms the heel of Italy), Oscar Farinetti of Eataly, is no stranger to the kitchen of Beppe Zullo.

Zullo, the `farmer chef`, as he likes to call himself,  is the owner of Villa Jamele farm, located in Orsara in Puglia, set in the green heart of the region, among the scents and flavors of the Dauni Mountains.

The creator of Eataly, Oscar Farinetti, is literally in love with the kitchen of Zullo: his raw materials are cultivated in the garden of Villa Jamele, which was recently inaugurated as the first ‘Restaurant in the Garden.’

Bunches of grapes in the estate’s vineyard are the ‘roof’ of a magnificent underground cellar (symbolizing a direct link between vineyards and wine); wild herbs and fruit trees thrive in what Zullo defines as the ‘Bosco dei Sapori Perduti’ (Woods of the lost flavors).

Puglia is also a region best known for its beautiful beaches and sea. Bringing the products of the hills in the city of Bari, where one can breathe the salty air of the coast, provides harmony of the senses, a mixture of an irresistible flavors’ riot.

It’s here that Zullo was enlisted by Eataly, (along with six other chefs) to represent the best of Italian food culture, with particular reference to the quality of the raw materials and the use of many vegetables in the kitchen.

Farinetti showed up during a particularly intense and satisfactory time for the farmer-chef. As a matter of fact, late in 2013, he was awarded with the prize “Ancient Flavors of Puglia” from the ADC (Consumers Protection Association), becoming an “ambassador” of the excellent wines of Puglia across the world.

Peppe Zullo is already working on his next goal: featuring at Expo 2015, the Universal Exhibition in Milan, during the events dedicated to the theme “Feeding the Planet”, with the aim of bringing back to agriculture dignity and respect.

The fruits of the earth will feed us, nothing else. The virtuous circle of food that feeds the world, cannot undo the idea of “from farm to fork.” Starting again with the vegetable garden, with the possibility and ability to grow and respect the earth, its rhythms, its seasonal products, the zero kilometers which make rediscover crops and native cultures.

“Food and happiness for all“, which fits perfectly with Expo 2015’s theme (feeding the planet, energy for life), is Peppe Zullo’s advertising poster for the Universal Exposition to be held in Milan in about 14 months.

Orsara di Puglia is a beautiful village in the province of Foggia, nestled at the foot of Monte San Marco, 635 meters above sea level, surrounded by over twelve hundred acres of woods.

In 2007, Osara joined “Slow City”, the international network of good living cities. The charming old town, perched around the Abbey of Sant’Angelo, lights up in summer due to the many events, including the Festival of Wine, with the Orsarese Food and Wine Gallery, and the exhibition dedicated to jazz artists.

The traditional and breathtaking “Night of the Fire” on November 1, is one of the most magical night of the year. In this night, Orsara is lighted with bonfires, and filled with broomsticks and artistic gourds. Music surrounds the streets, and tables brimming with local flavors are laid in every street and square.

Italian food, Italian traditions, Made in Italy, places to visit in Italy