Posted at 22:08h in Italian itineraries by Caterina Lancellotti

The Italians are a nation of walkers: it is estimated that there are over 200,000 Italian travelers walking along various paths around Europe. Last year, for example, 24,000 Italians hiked along the Santiago di Compostela route (that crosses France and Spain and has been used by pilgrims since Medieval times) confirming that it is the most numerous community choosing to embark on this famous pathway.

This particular Italian predisposition is combined with the fact that the “Bel Paese”, with its many itineraries, lends itself more than any other country to satisfying the expectations of travelers who are looking to experience something more than a simple vacation. 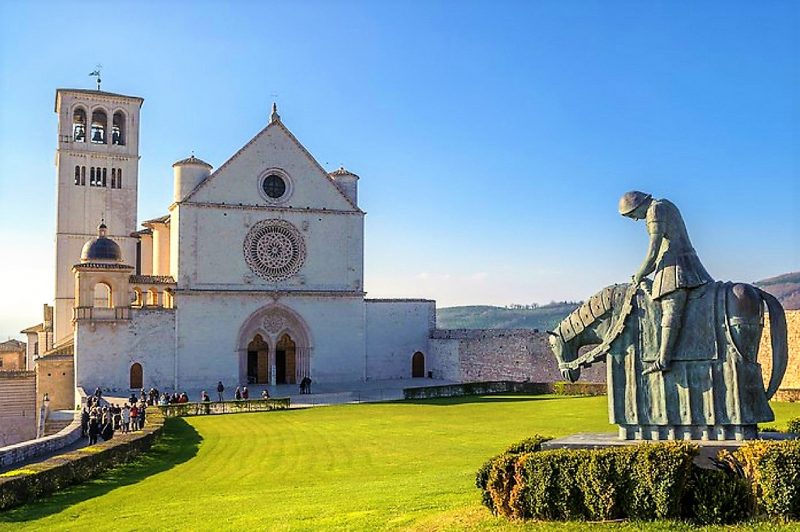 6,600 kilometers to be covered on foot, by bike or on horseback

For these visitors there is the newly created www.camminiditalia.it portal from the Italian Ministry of Tourism that maps out the country’s «slow» routes: 6,600 kilometers to be covered on foot (as well as by bike or on horseback). The portal illustrates 41 routes and itineraries that meet the standard criteria (from safety features to services), with 137 interconnections, multimedia galleries and links to the official pages of each pathway.

Ancient paths in the footsteps of the saints: Saint Francis, Saint Anthony and Saint Benedict
Most of the itineraries are dedicated to saints and almost all of them are concentrated in Umbria which is the land of saints par excellence.

The places of Saint Francis: Umbria, Tuscany, Lazio and Marche.

Shorter and completely contained within the region of Umbria is the Cammino dei Protomartiri Francescani [Path of the Franciscan Protomartyrs] which unwinds within the territory of the dioceses of Terni-Narni-Amelia, passing through places related to Saint Francis and his five Saints.

Not just saints: there is a series of other routes that cross the whole country exploring its originality and historical and cultural wealth.

– From Tuscany to Veneto: Il Cammino di Dante , for example, is a huge ring that runs across Romagna and Casentino, in Tuscany, passing along the roads and paths connecting Ravenna and Florence, touching on the places where Dante lived in exile and wrote the Divine Comedy. 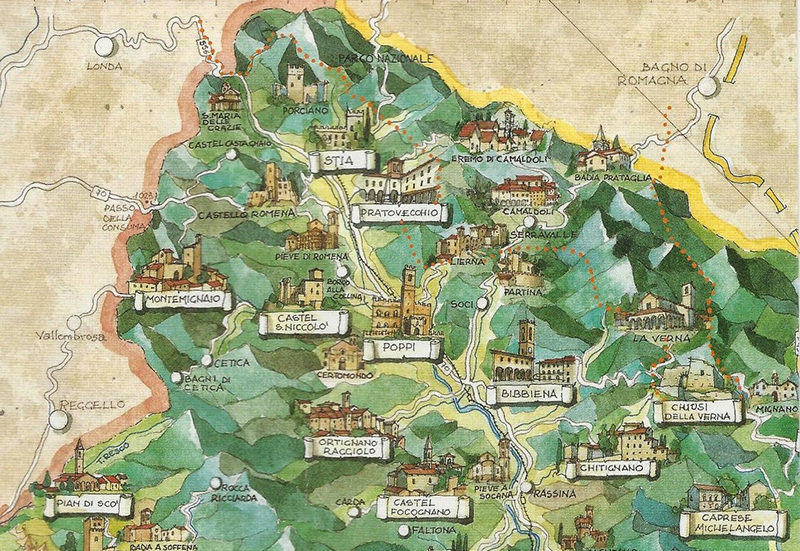 – The Sentiero del Brigante is an itinerary in the region of Calabria that connects Aspromonte alle Serre and other peaks along the Apennine ridge. The name of the path derives from the fact that, in centuries past, it was used by brigands and bandits in order to escape capture.

– From Veneto to Trentino Alto Adige: the Sentiero della Pace [Path of Peace] is for people who are interested in discovering places and memories linked to the First World War in the mountains between Veneto and Trentino Alto Adige. 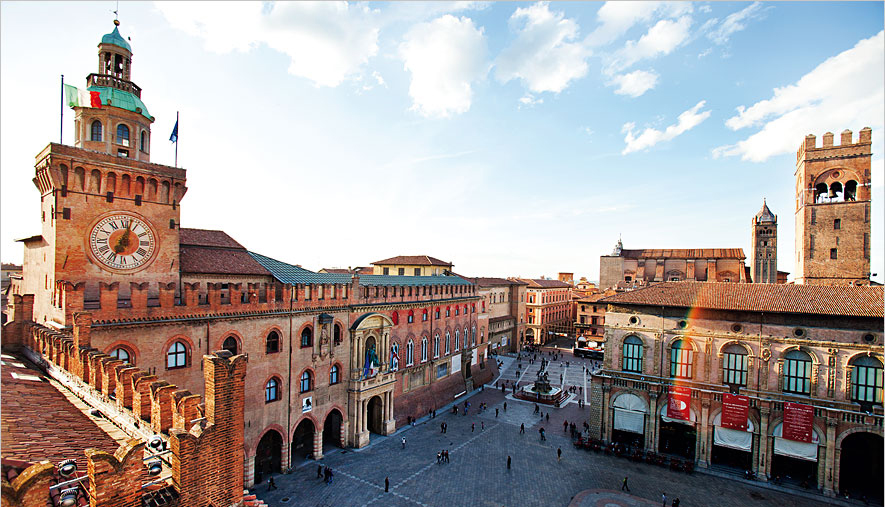 – From Tuscany to Emila Romagna: for ancient history enthusiasts there is the Via degli Dei [Road of Gods], which was used from the VII century B.C. between Fiesole and Felsina (the ancient name for Bologna): this is a regular trans-Apennine road that connects Bologna to Florence. The Path owes its name to that of the localities it passes through which were inspired by mythology, like Monte Adone-Mount Adonis, Monzuno (Mons Iovis [Mount Jove]), Monte Venere-Mount Venus and Monte Luario (named after Lua, the Roman goddess of atonement).

– From England to Rome along the Via Francigena: we end with the extremely long Via Francigena, an international itinerary that has been recognized as a Cultural Route of the Council of Europe. Starting from Canterbury and ending in Rome, the Route passes through four countries: England, France, Switzerland and Italy, touching on thirteen European regions. Starting with Canterbury Cathedral and ending at the tomb of Saint Peter in Rome, there are countless places to visit.

The www.camminiditalia.it portal also provides news about tourism in Italy and a map of a thousand villages scattered all over the country: little known places that offer visitors an alternative to the great cities of art.

This rich digital atlas is basically intended as an invitation to slowly “pace” the far-flung heritage made up of art, good food, landscapes and spirituality that constitutes the original character and the essence of Italy.

Discover the most beautiful villas in Italy