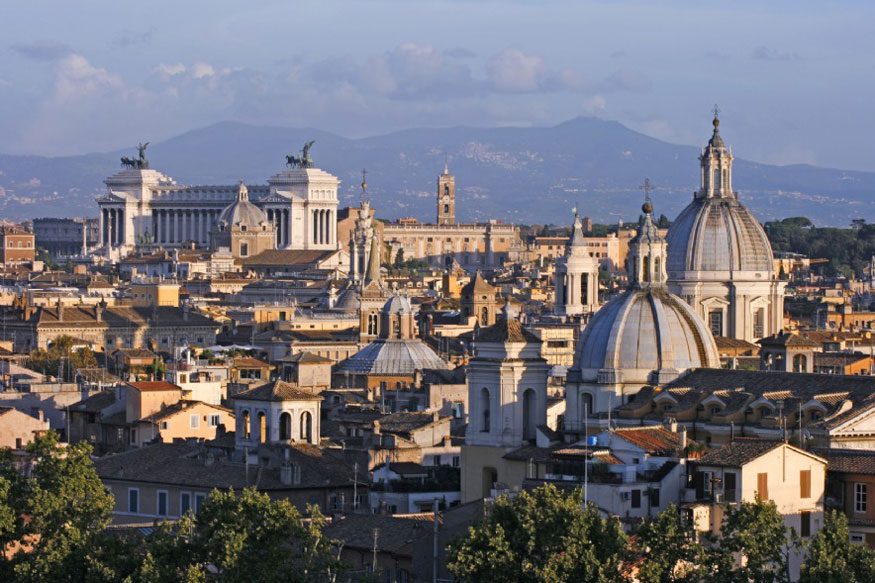 Because the country is relatively lengthy, Italy has developed a reputation for offering several different types of climates. But Rome’s climate is surprisingly mild, which has made it an appealing choice for international tourists. It will have some seasonal variability, so people will need to think about how they can plan for this.

Rome weather in March offers some surprisingly mild weather compared with many other locations throughout Europe. It has an average low of 5 degrees Celsius and an average high of 15 degrees Celsius. During the springtime in the area, there can be sudden cold spells that may drop the temperature further. Travelers should try to bring clothes that will be adaptable to these climate conditions.

Some people might also need to plan carefully for Rome weather in September. This is often considered to be the end of the summer season in the city, but there are still surprisingly hot temperatures there.

This is because of the Sirocco, which is a hot desert wind that blows north from Africa. These winds can cause temperatures to rapidly increase

in just a short amount of time. Visitors should expect to pack light during this season, since local temperatures may reach a high of 26 degrees Celsius.

Rome weather in October will feature the start of declining temperatures in the city.  This is also the start of a rainy season in the area, so travelers should be advised. The city gets an average of 113 mm of rain during the course of this month. Bringing an umbrella and waterproof boots is a must for any traveler that still wants to get around.

Though Rome weather in November will continue the rainy season, it will also bring another considerable element for travelers to consider. The temperatures in the city will start to fall during this month, which can create some difficult conditions.

Cold and rainy typically makes for poor travel conditions, which explain why tourists tend to avoid Rome during this time. But some travelers may be able to bring enough gear to overcome the local weather conditions.

Finally, Rome weather in December will likely bring some of the coldest temperatures people will encounter in the area. The local climate will not be too harsh, since temperatures will drop down to just around 4 degrees Celsius.

Still, these are milder temperatures than what travelers will find elsewhere. Many people head to the city during this time to enjoy Christmas celebrations.  Visitors will want to consider dressing in layers and bringing a warm winter coat. This will give them the protection that they need to enjoy their time in the Eternal City.

Finally, weather in January and February will continue some of the cooler temperatures that predominate during the winter season. Though it never really gets cold in the city, some travelers may want to head inland to enjoy truly cold weather.