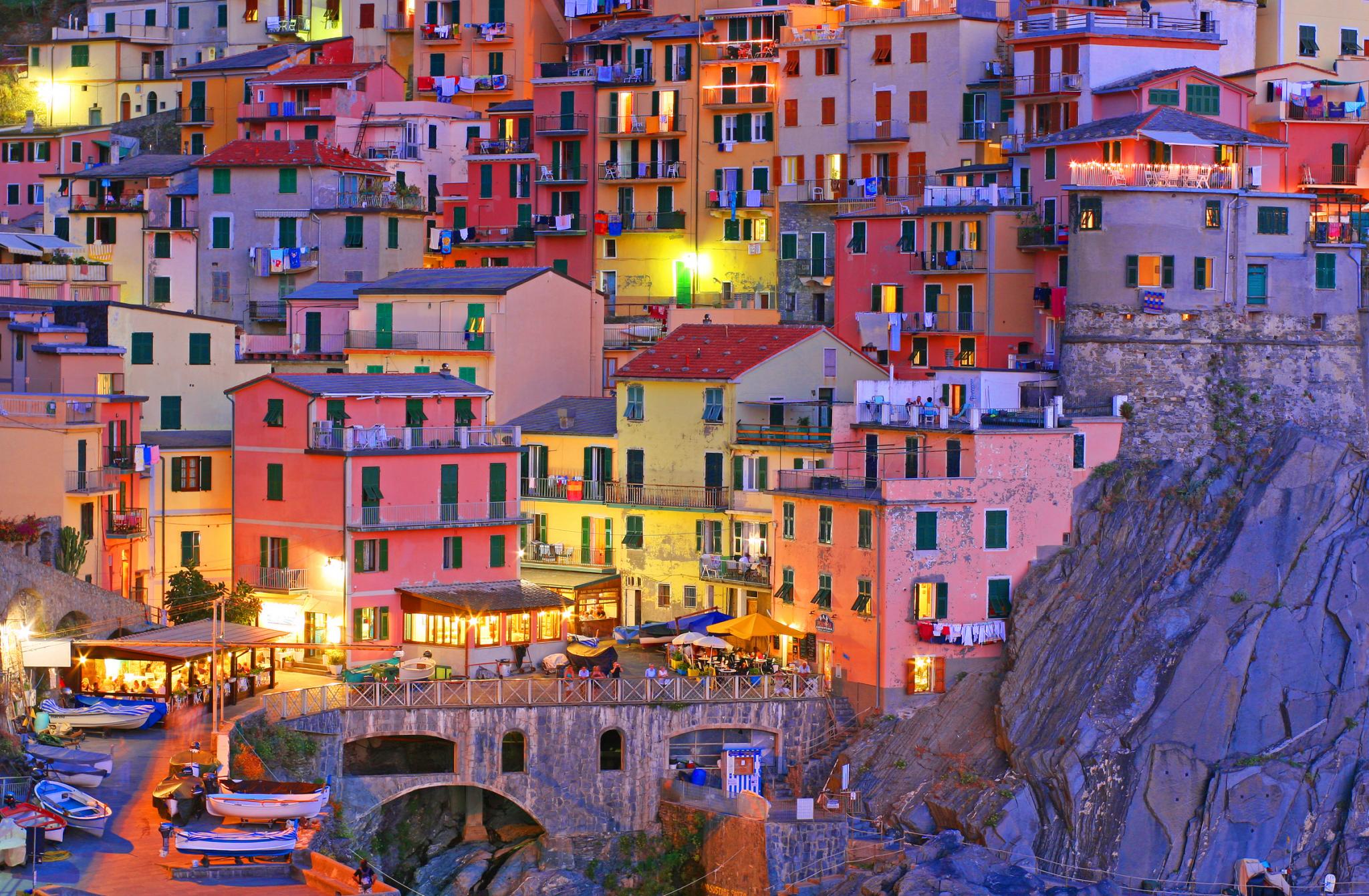 23 Nov 2017 The biggest nativity scene in the world? At the Cinque Terre

Posted at 12:01h in Events by Caterina Lancellotti

The “ Cinque Terre ” [which literally means Five Lands] are famous all over the world, although few people are able to remember the names of the individual villages. One of them is particularly renowned and celebrated everywhere: Manarola, which has hosted the Biggest Nativity scene in the World since 2007, the year of its inauguration, and is featured in the Guinness Book of Records.

Imagine an entire hill lit up with the classic nativity scene characters such as Mary, Baby Jesus, Joseph, as well as shepherds, farmers, fishermen, the Three Kings, the stars and various animals: over 300 life-sized figures positioned among the vineyards. 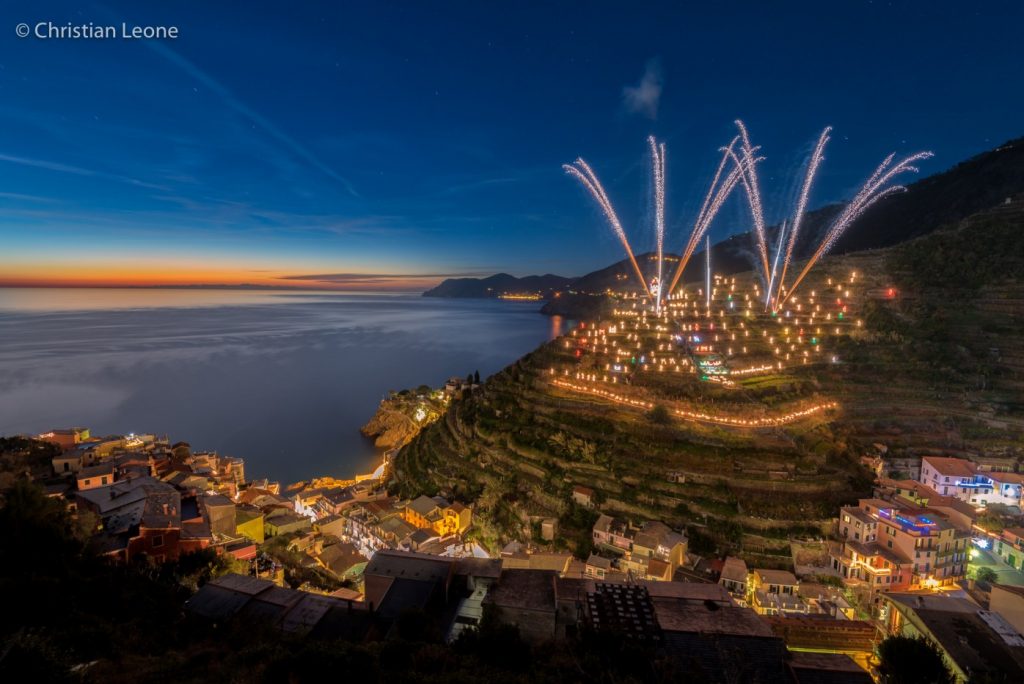 An entire hill lit up with the classic nativity scene – Manarola, Cinque Terre

The nativity scene is switched on every year on 8th December, the Feast of the Immaculate Conception, and can be seen until 31st January: a true wonder illuminated by 17,000 light bulbs and 8 Km of electric cables that occupies the entire hill of the Tre Croci [Three Crosses], which was named after the three old wooden crosses that were placed there and used to represent the last station of the Via Crucis for the local town’s annual religious reenactments. 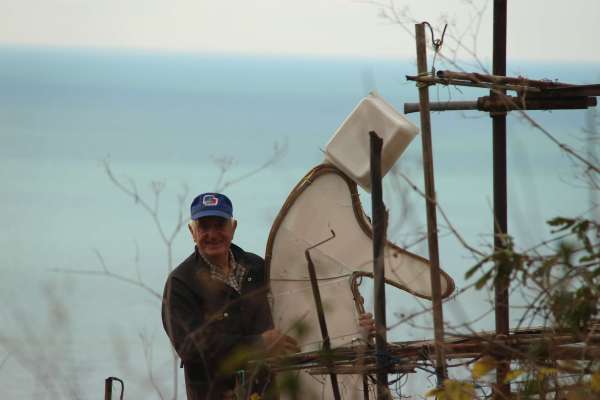 The work of a set designer

This spectacle is the result of the tireless efforts and lively creative imagination of Mario Andreoli, a former railroad man from La Spezia, now aged over eighty who, every year at the end of the September grape harvest, clambers up the hill among the mountain terraces and arranges the figures with the flair of a set designer.

To get to the origins of this authentic work of art, it is necessary to go back to 1961 when Mario, in order to fulfil the wishes of his dying father, replaced the main cross on the Tre Croci hill and lit it up using a car battery.

This initiative was a huge success and brought back old memories for the town’s senior citizens so the following year Mario lit up the two crosses at the sides as well, those that traditionally were used for the two thieves. 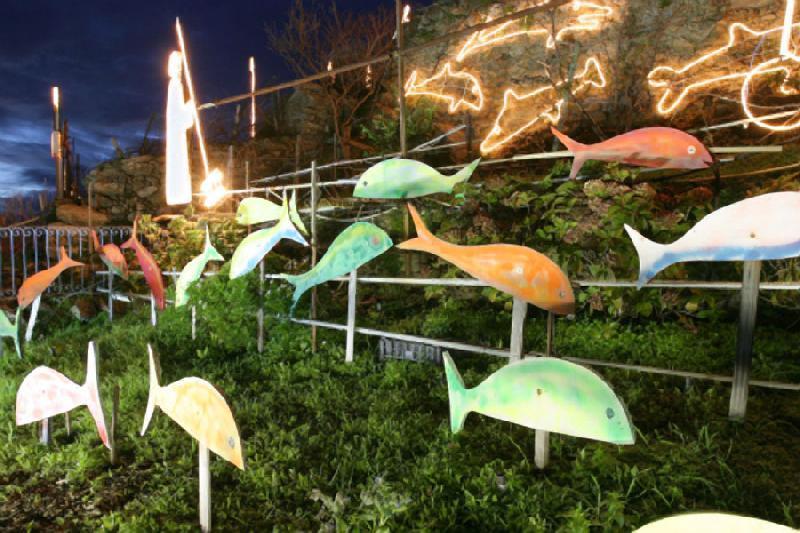 The figures have today become 300

From the 1970s onwards, Mario dedicated his life to creating this magnificent nativity scene that, in 2008, also became environmentally friendly thanks to an ad hoc photovoltaic power system.

The 30 figures in 1984 (the year Mario retired and began manufacturing the statues full time) have today become 300, all made using recycled materials. And the number continues to grow! There is also a rack railway train, normally used during the harvest, that runs between the characters, carrying the comet with two little angels moving their wings. 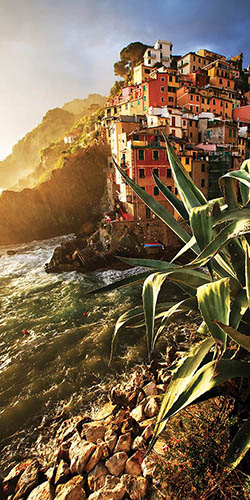 Rendezvous at Manarola on 8th December!

There is also a Christmas market held in Manarola on 8th December; at dusk, fireworks herald the switching on of the Nativity scene.

It is possible to watch this spectacle from the town’s main piazza, but the best and most stunning views are from the Manarola – Riomaggiore (via Beccara) footpath, the one that goes across the top of the hills and begins right in the main piazza.

There are 3 small observation areas here, located at different levels, which can be reached by climbing 170, 250 or 320 steps.

The most astonishing view of the nativity scene can be enjoyed from the highest level (320 steps) for which it is necessary to bring an electric torch since the footpath is not illuminated at night.

Mario Andreoli is firmly convinced that the nativity scene is a symbol of peace.

Therefore, once Christmas is over, he takes everything down and starts again by creating the stations of the Via Crucis that is switched on at Easter. The dove of peace comes down the hill above 100 figures realized using worthless salvaged materials that “portray” the Deposition, the Sepulcher and the Resurrection of Christ.