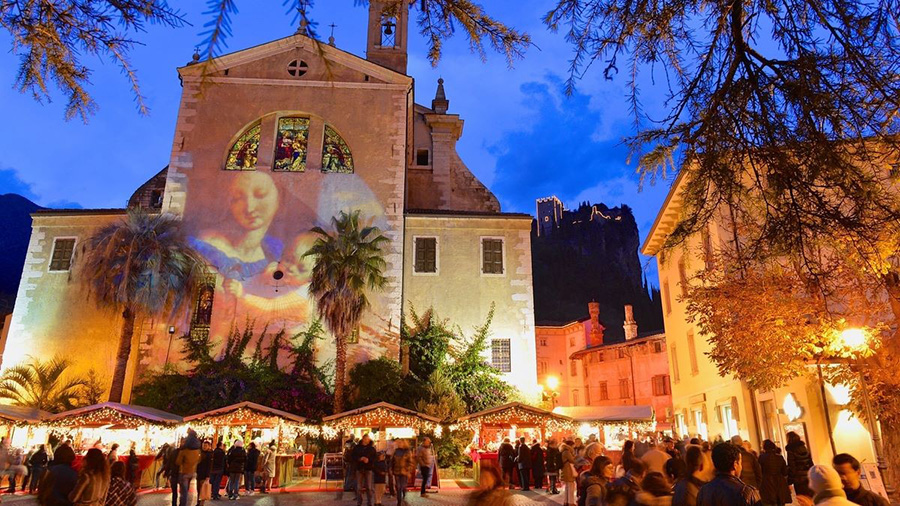 04 Dec 2017 A romantic itinerary of Christmas markets: from the banks of Lake Garda to the city of Romeo and Juliet

Posted at 20:36h in Events, Italian itineraries by Caterina Lancellotti

The tradition of Christmas markets is an ancient one that comes from Germany and originated in the times when people had to wait for the fair to come to town in order to do their shopping: in fact the first document testifying to a small market held in Dresden on the Monday before Christmas dates back to 1434. This custom, which is typical of the countries in Northern Europe, has subsequently ‘invaded’ Italy as well. 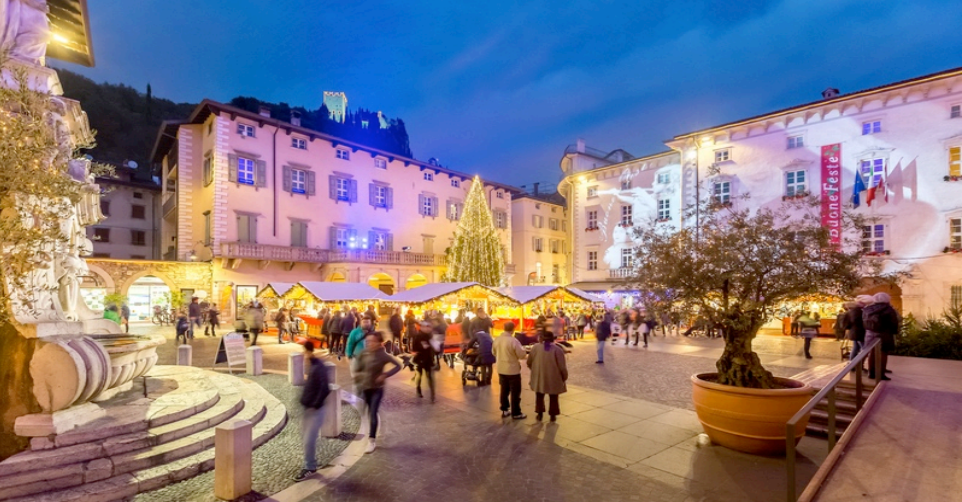 The area around Lake Garda is one of the most beautiful places in which to experience these markets: the mountains, the lights reflecting off the waters of the lake and the very best products from the local craftsmen and food and wine industries displayed in delightful wooden houses.

Garda: Christmas amidst the olive trees

During the Christmas period many little villages are lit up with this magical atmosphere presented by each one in an original way to offer a pleasant festive itinerary that makes it possible to enjoy the marvelous views of the largest lake in Italy in the winter time as well. 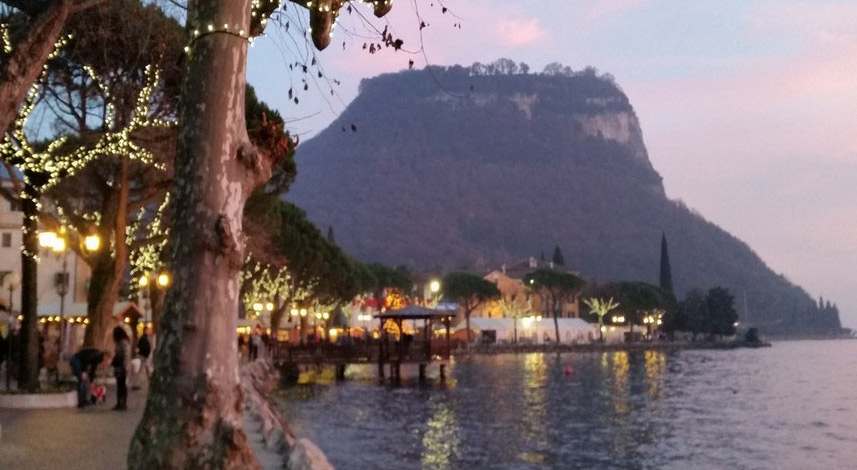 One of these places is Garda, located on the Veronese coast of the Lake, which extends to form a little peninsula that includes Punta San Virgilio and the Bay of Sirens. The colorful Christmas Market, with its little wooden houses lined up along the lakeside road and in Piazza Catullo, near the Palazzo del Capitano, is part of the Natale fra gli Olivi event (from 24 November to 7 January) during which the town dresses up to provide an original vision of Christmas featuring olive trees rather than snow-covered fir trees. From 8 December it is also possible to visit the Presepe del Borgo nativity scene. 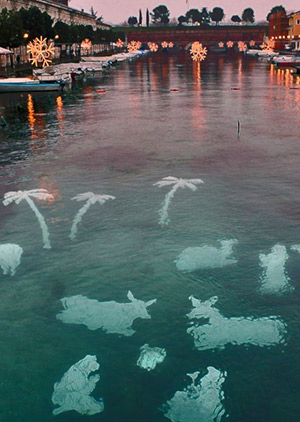 Nativity scene enthusiasts should not miss the enchanting underwater Presepe subacqueo in Peschiera del Garda which is positioned on the bottom of the lake, at the point where the waters flow into the Mincio river. It is possible to marvel at the Holy Family and the various people who hurried to gaze at the Baby Jesus enveloped within the peace and tranquility of the clear, gentle waters. The statue of Baby Jesus is lowered into the manger, placed on the bed of the lake, on the night of 24 December, with the assistance of the Sub Club Peschiera. On this occasion a procession of barges and historic boats along with modern canoes all illuminated by torches and oil lamps, transport a crowd of actors in themed costumes along the river to present a glimpse of life in those times, accompanied by Choirs and Christmas carols.

The biggest market is in Lazise

Every weekend in December in Torri del Benaco the roads and squares of the town are enlivened by little markets selling typical products as well as food and wine stands, and filled with entertaining acrobats, fakirs, fire breathers and jugglers. 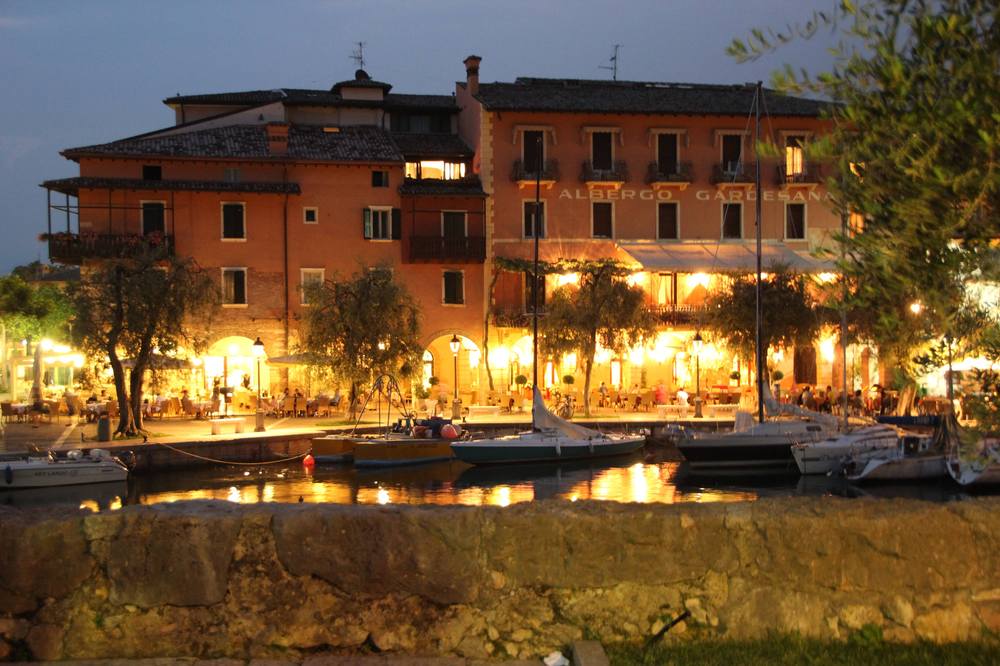 The biggest Christmas market on Lake Garda is in Lazise. This year it opens on 2 December and continues until 7 January, with over 100 exhibitors located in the very central Piazza Vittorio Emanuele and along the Lungolago Marconi which, on 26 December, will host a spectacular fireworks show. All this will be accompanied by Christmas melodies, an artistic nativity scene in the Church of San Nicolò, creative workshops for kids, traditional games, tastings and a Street Food area where it will be possible to savor the delicacies of the local cuisine, from the classic risotto to the “pane e salamina”, to radicchio-based dishes. There is also a carriage driven by Father Christmas to take the children on a wonderful trip around the town. 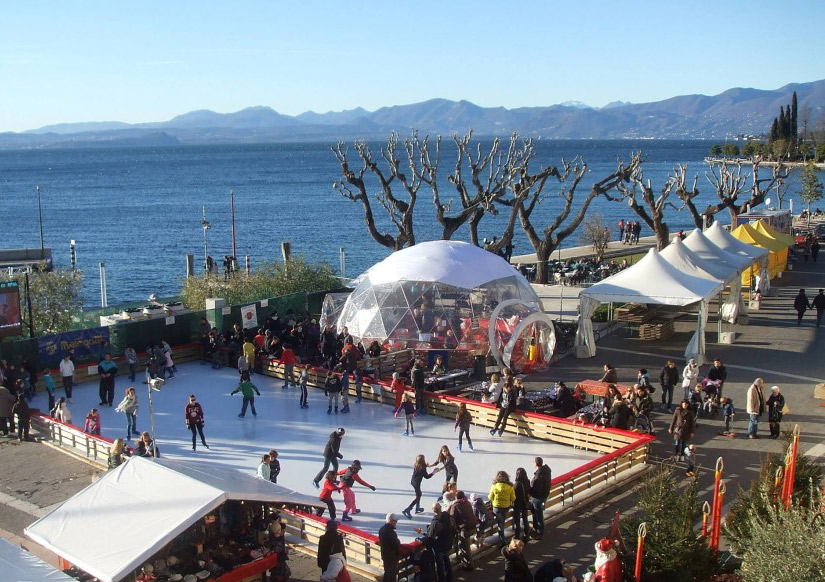 Bardolino: take a break in an Igloo

From 25 November to 6 January Bardolino will be hosting the traditional “Dal Sei al Sei” Christmas markets and will be transformed into a magical village dedicated to the most popular feast of the year. The name of the event [which means “from the Sixth to the Sixth”] recalls the period of the festivities that used to run from 6th December (Saint Nicholas, the patron saint of Bardolino) to 6th January but which, in recent years, has started regularly on the first weekend of Advent. 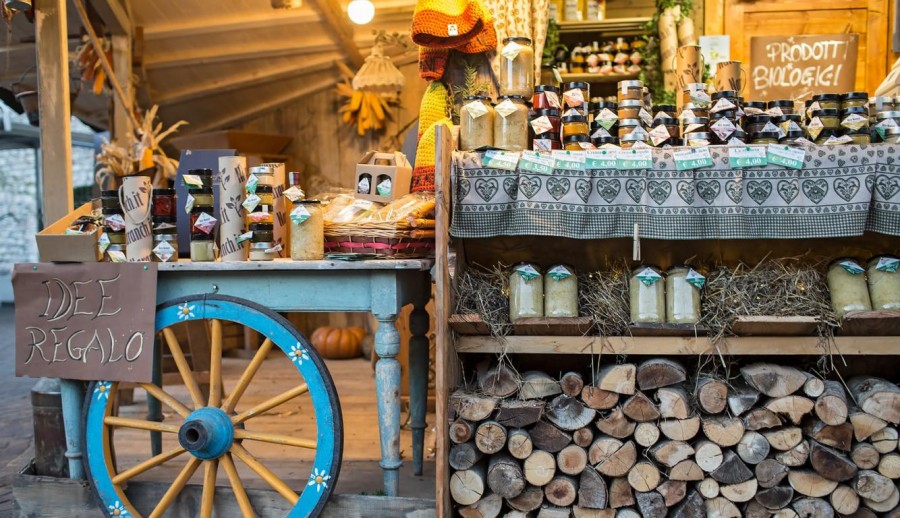 Along the lakeside road – or Lungolago – lots of carefully selected companies offer their products which also include original homemade Christmas articles. At the end of this long shopping avenue, visitors can seek refreshment in a large transparent heated igloo, try out the neighboring ice skating rink which is completely covered, or head towards the central Piazza Matteotti, dominated by the all-blue seven meter high Christmas tree. From here, by passing through the festively lit alleys of the historic town center, it is possible to visit the exhibition of nativity scenes from around the world in the church of San Severo and in the frescoed Sala della Disciplina of Borgo Garibaldi. 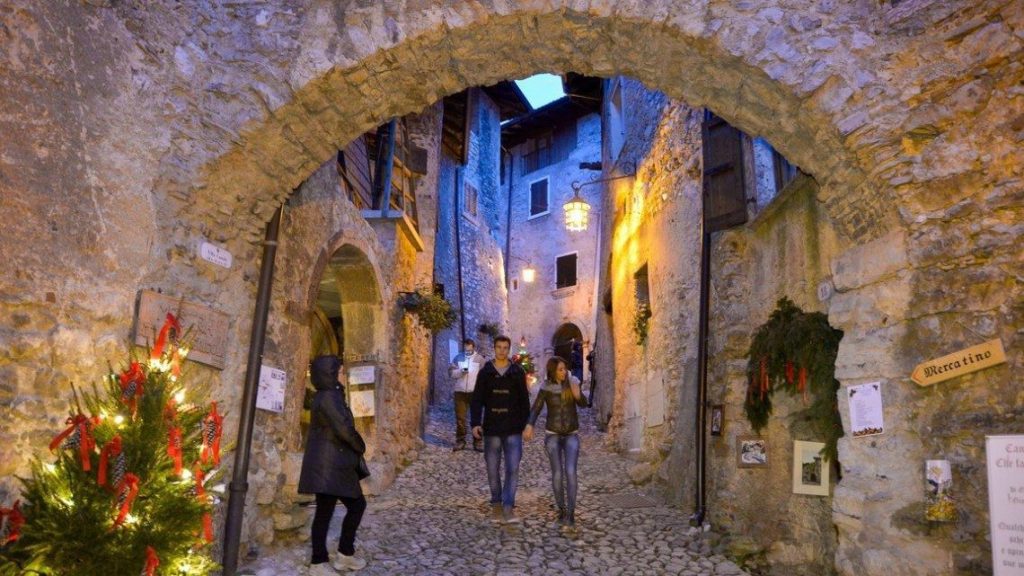 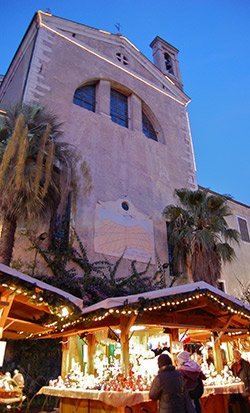 Down in the cellars of Canale di Tenno

It can also be worth getting away from the lake for a while to visit the enchanting Christmas market in Verona, the town of Romeo and Juliet, which is held in the very central Piazza dei Signori that, from the end of November until just before Christmas, brings together products and stalls that hail from Nuremberg, renewing the link to the German origins of these markets.

The shore of the Lake which is located in Trentino also offers some very special markets: from 26 December to 7 January the one in Arco unwinds within a luminous fairy tale that tells the story of the town and its castle through the screening of computer graphics with lighting effects on the historic buildings in the town center. There is also the truly unique market held in the ancient medieval village of Canale di Tenno, set amidst the massive stone houses that climb up the side of the mountain, the alleys and the courtyards: here the colorful stalls crammed with typical local products and objects that have been prepared with passion by skillful craftsmen and hobbyists, can be found in the cellars.