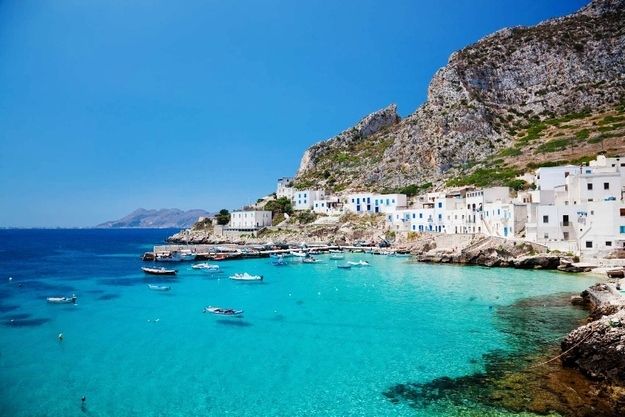 There are cities in the Sicily map that still retain Greek names up to date. A few examples include Agrigento, Selinunte, Siracusa, and Segesta. The island is home to magnificent architectural monuments some dating back to the 13th century. It is also home to thousands of Hellenic Civilization artifacts such as the Greek art and architecture in the Valley of the Temples region. The valley is a UNESCO heritage site.

Although quintessentially Italian, the Sicilian culture is a unique amalgamation of Greek, Roman, Norman, and Arab influence. This multiculturalism is one of the key factors that promote Sicily tourism.

This diversity is quite apparent in the local population’s culinary traditions. The locals are also quite friendly, especially when you are asking for the best restaurant or bar.

For a taste of true Sicilian culture, check out the seaside resort of Giardini Naxos which is famous for its cobbled streets, café culture, and a brilliant night life complete with open-air bars, discos, and an exciting party atmosphere.

The picturesque region of Taormina is a luxurious villas and homes to the impressive Greco-Roman Theatre. Catania is the largest city in Sicily. It is located on the eastern Mediterranean coast of the island close to the Mt. Etna volcano. The famous Sicilian city of Palermo has a great selection of restaurants, accommodations and villas.

It would be unfair to talk about Sicily without mentioning the island’s vineyards and popular wines. Major wine producing towns in Sicily include Marsala, Messina, Noto, and Ragusa – Sicily wine is very famous all over the world.

The best way to organize your Sicily tours is either by consulting a travel operator like Ville in Italia knowledgeable in this region or simply with a comprehensive Sicily travel guide.

The following Sicily travel blogs can also be of great help.

The Dangerously Truthful Diary of a Sicilian Housewife

This humorous blog chronicles the funny side of Sicily from a foreigner’s viewpoint, not forgetting to mention also Sicilian culture and history. The author, Veronica Di Grigoli, is a former resident of London who now lives in Sicily.

This is a photographic travelogue blog featuring pictures of amazing sights, monuments, and streets of Sicily by Jann Huizenga who is an avid and talented photographer and a writer.

This is a detailed blog featuring humorous stories about Sicily by Welshcakes Limoncello, a retired language teacher from Cardiff, UK currently living in Sicily. Here you can find spectacular posts about food in Italy and the best of Italian music.

The blog describes Sicily’s natural attractions, places worth to visit and festivals. It is a blog written by a team of writers who are passionate about Sicily, covering also topics about Sicilian culture and cuisine.

Full of images and humorous anecdotes, My Sicilian Home is an interesting blog that examines the culture and people of Sicily by Diane C. It also have a great Italian cooking section which you can’t miss!

Chic Sicily is a fascinating fashion blog by a 29 year old girl from Czech Republic currently working as a Resident Doctor in Sicily. The blog covers different aspects of Sicilian life and Italian fashion using images     with the picturesque Sicily as background.

Written by Jurgen from Germany and Mike from US, Palermo for 91 Days explores various aspects of life in Palermo, the capital of Sicily, from Sunday afternoon soccer to eating ice cream in a bun. The authors love traveling and learning about new cultures, and this blog can be considered an excellent Sicily travel guide.

This is an informative blog about touring Sicily. The author covers everything from how you can visit Sicily in winter to why you should not ride rickshaws in Palermo and Siracusa.

Unwilling Expat: The world from Sicily

The author who calls herself the Unwilling Expat, pointing out her love/hate relationship with the adoptive island, covers everything Sicilian in this blog from carnivals, food, and the people. It is an interesting site featuring magnificent architectural images.

This is a food blog about Sicily covering other important facts such as Sicilian recipes, cookery, festivities, and events. The authors cover all aspects of Italian cooking with great proficiency and talent.

This is another great food blog featuring real traditional Sicilian food and cookery. The author Georgia C. defines herself as a “Sicilian from Sicily, with an international soul” and she is quite passionate about Italian cuisine – her blog demonstrate that!

This is one of the best Sicily travel blogs covering holidaying experiences and attractions in Sicily and places nearby, like Sant Ambrogio. If you’re looking for some information and advices on how to organize your Sicily holidays this is the right blog for you. As a matter of fact, it is very informative and useful.

Written by Debra Santangelo, Sicilian Connections brings together Sicilian communities worldwide in celebrating their ancestral land.  In all the post of the blog you can taste great passion and love for this magnificent island.

This can be considered one of the best food blogs about Sicily (if not one of the best Italian food blog in general) with appetizing pictures and recipes of the region’s delicacies. The author, Marisa, is an Australian of Italian origin.

The blog covers everything Sicilian from art exhibitions, food, and festivals to growing pistachios. The author Rosetta Sciacca is a native of the region emigrated to the US. True to her Sicilian roots, she is still immersed in the culture and language of the Italian island, and seamlessly bridges both worlds, the Italian one and the US one.

Miss Sicily is a fashion photo blog with large images showcasing famous brands and styles. In the section “Love Sicily” it could also be found interesting advices on how to tour Sicily, as well as how the Sicilian street style should be.

This is a Danish-English blog by Johanna Sofia Siljehagen. The blog covers Sicily’s lifestyle seen by the eyes of an expat, socio-political views, art, and architecture with clear images and great writing style.