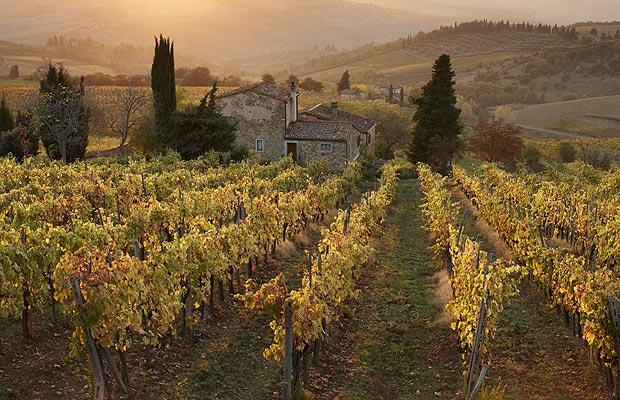 There’s nothing that can match the charm of Italy in the fall. It is the best season to visit Italy because the weather is at that perfect balance so there’s no need to worry about what to wear in Italy in September.

Another reason is that some of the best ingredients such as mushrooms, chestnuts and truffles are at their best in autumn, making every Italian meal even more delightful. Moreover, the incomparable festivals such as the Feast of Rificolona and Palio di San Rocco make it truly the best season to visit Italy. Looking for a place that can truly capture the essence of Italy? Take a look at this list of picturesque villas:

Villa Emo Capodilista – Built during the Renaissance by painter and architect Dario Varotari, this villa features the best examples of art of the era. The various frescoes and decorations create a classical ambiance and its location makes it easy to take in the sights at Padua, such as the famed Scrovegni Chapel and Palazzo della Ragione.

Better travel to Italy in September so you can take the special rate of 25% off until September 27th on the weeks available. If you are interested to more information about the villas you can also have a look to these articles:

Villa Del Rivo – Italy in the fall is magnificent in many places, but the view of the coast from Villa Del Rivo is particularly spectacular. Breathing in that majestic blue panorama is more relaxing in the fall because it’s cooler and is enough reason to travel to Italy in September all by itself.

Since the villa was made by famous modern designers, it features various amenities such as WiFi, satellite TV, and a barbecue area. Travel to Italy in October to get a 20% discount from October 11 until the end of the year.

Villa Alcantara – Going to Italy in October and thinking about where to go? Situated near the beautiful beaches at Giardini Naxos and the village of Taormina, Sicily, your stay at Villa Alcantara is sure to be lively and eventful.

Take a relaxing tour around the Ancient Theater of Taormina and from the villa, you can see the awe-inspiring Mt. Etna, the largest active volcano in Italy – but don’t worry, it’s not about to erupt anytime soon. Travel to Italy in October and take 20% off the usual rate for the rest of the season.

Villa Del Borgo – Deciding where to go in Italy in October can be difficult, but if you’re the outdoor type, this villa is the one for you. Modern features were added to the existing traditional look, giving guests a unique experience in every room.

The rustic feel makes it among the most relaxing spots to enjoy the Tuscan countryside. Since the weather is cool but not too chilly, there’s no need to worry about what to wear in Italy in October. At the moment, Villa Del Borgo has a special offer of 20% off for the rest of the season.

Villa Capodimonte – The Amalfi Coast, particularly Positano, is one of the most scenic places to visit in Italy in September or any other month but it’s exceptionally worth going to Italy in the fall. That’s because the area is so famous that during summer, it’s teeming with vacationers and the prices inflate drastically. Fortunately, Villa Capodimonte with its world class facilities is available at 30% off until September 27th.