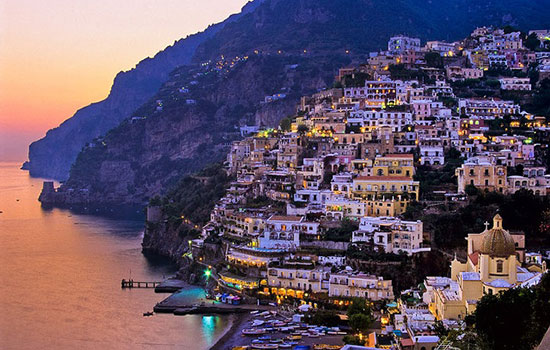 If Italy is often called the “Belpaese” (Italian for “the beautiful country”), there must be a reason.

With its breath-taking landscapes, amazing sceneries and beautiful art and architecture, Italy is for sure one of the most interesting and stunning countries in the world.

There is so much to choose from: if you love art, Rome, Venice and Florence are the perfect city destinations for you, while if you prefer beach life and Italy’s beautiful coastline, then Sicily, Sardinia and Puglia are the right choice to make.

Beside the art treasures and the coasts, Italy also features amazing countryside (Tuscany countryside is a “can’t miss” destination for everyone), alpine lakes, such as famous Lake Como and Lake Garda, and mountains.

As you can see, making a choice is not easy. That’s the reason why the aim of the Italian photo-list below is to give you the possibility to take a quick virtual tour of Italy.

Taste with your eyes the 10 most famous Italian attractions and best pictures of Italy while comfortably sitting in front of your computer.

This huge and complex Gothic cathedral is on the main square of Milan, and is one of the most famous buildings in Europe. It is the largest Gothic cathedral and the second largest Catholic cathedral in the whole world. Be sure to climb the stairs to the top for breathtaking views of Milan and to see close ups of the spires of the Duomo.

The view of the church and the square by night is simply amazing!

Venice, the “City of the water”, is situated in North of Italy on a group of 118 islands that are separated by canals and connected by a number of bridges. It is known worldwide for its beautiful setting, fascinating artwork, unique architecture and, of course, also for its gondolas.

There is no such a romantic city as Venice!

The magic of Vernazza (Cinque Terre)

It is often said that Vernazza is the most spectacular and picturesque village of Cinque Terre. It is a one street town located on an impressive cliff, and with a church built on the water of the Ligurian Sea. It has a castle, the remains of the old wall that protected against pirates, a lovely waterfront piazza and a typical Ligurian harbor.

The colors and the magic touch of this village will charm you!

The legendary Leaning tower of Pisa

An example of a well known Italian landmark worldwide is the legendary leaning tower of Pisa.
This freely standing bell tower, constructed in 1173, began leaning in five years due to lack of adequate foundation during its construction. Located in the amazing Piazza dei Miracoli (Square of Miracles), it is one of the oldest structures in the square.

This is a “can’t miss” attraction for any tour in Italy!

Ponte Vecchio in Florence by night

Over river Arno in Florence, stands Ponte Vecchio. It is the only bridge still standing from the medieval days and it is also the first bridge that was built across Arno River. From the bridge, one can get an amazing view of the river and of the historical city center of Florence.

At sunset, the colors of Florence awake and donate a more romantic and artistic feel at the city!

Known as the white city for all of its whitewashed buildings, Ostuni is a great example of what Mediterranean architecture is. The town is surrounded by a medieval fortress wall, from which you have a magnificent view over the town: the houses seem literally stacked together and there are wonderful white-sanded beaches underneath.

An amazing place for your Italian holidays!

San Gimignano, also known as the City of Beautiful Towers, is a typical medieval walled hill village in Tuscany, halfway between Florence and Siena. During the middle ages, the town was a powerful center of Italy and, thanks to its walls and towers, it was considered an impenetrable fortress. The historic center of the city is a UNESCO world heritage site for its architecture.

This village can be considered with no doubt one of Tuscany’s greatest small treasures!

View from the sea of Positano (Amalfi Coast)

Positiano is a small village found at the center of the beautiful Amalfi coast. During the medieval times the village served as a port. It began as a fishing spot and has grown to be popular because of its poetic side caught by various writers and artists. Positano and its surroundings have breathtaking landscapes and a high number of sites and churches that are perfect tourist attractions.

It is also ranked as one of the most romantic places in Italy!

The Ancient Greek theater of Taormina (Sicily), has a beautiful position which overlook both the sea and Mount Etna, the famous volcano of Sicily.  It was probably built in the 3rd century B.C., but was mostly rebuilt by the Romans afterwards. It is the second largest ancient theater in Sicily, after the Syracuse one.

Thanks to all its ancient beauties, Taormina is the picture-perfect Sicilian city!

The main historical attraction in Rome, and maybe the most famous of Italy, is the Flavian Amphitheatre, better known as the Colosseum. This theatre is very old and dates back to A.D 80 when it was commissioned by the emperor Vespasian and later completed by his successor Titus.  The amphitheater has been an important aspect for the cultural development and statement of the Roman civilization.

If you want to know more about Italian history, lifestyle and traditions, it is worth to spend some time to visit it!