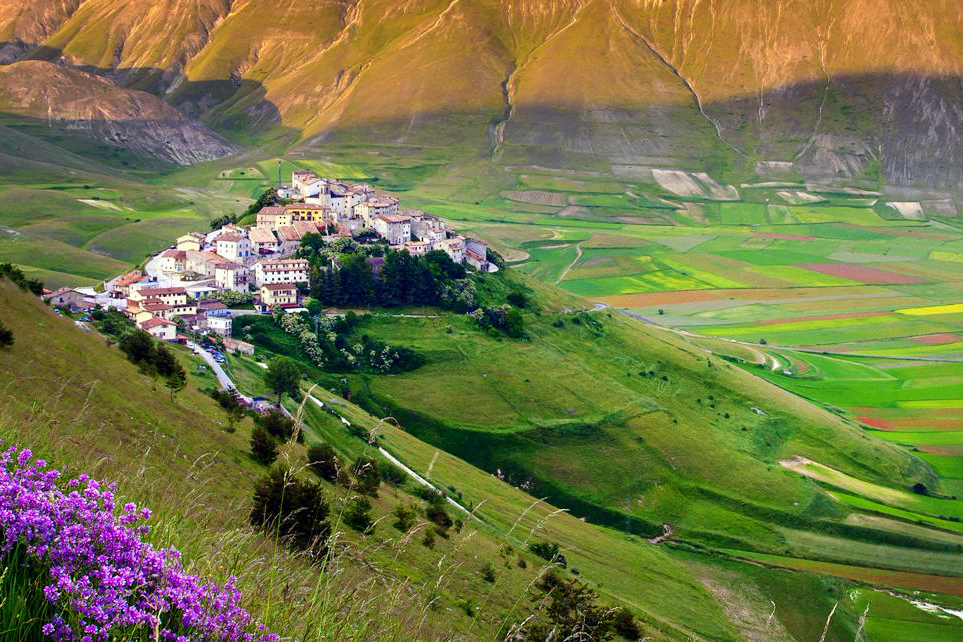 13 Sep 2017 Umbria, land of art and saints, villages and gastronomy

Posted at 13:43h in Events, Food and wine by allyou

Umbria is the green heart of Italy, a land where time appears to be suspended between the relaxing landscapes, rich artistic and religious heritage and food and wine culture supremacy.

The Gastronomy of Umbria

In the last week of September, Primi d’Italia the first and only Festival Nazionale dei Primi Piatti [National Festival of First Courses], takes over the entire old town center of Foligno with an appetizing culinary marathon. Four days dedicated to tastings, cookery lessons, Cooking Shows and culinary events devoted to Auteur cooking in which Great Chefs carry out gastronomic performances and “I Primi a Palazzo“, fascinating occasions for learning about the perfect union between art, culture and nutrition. 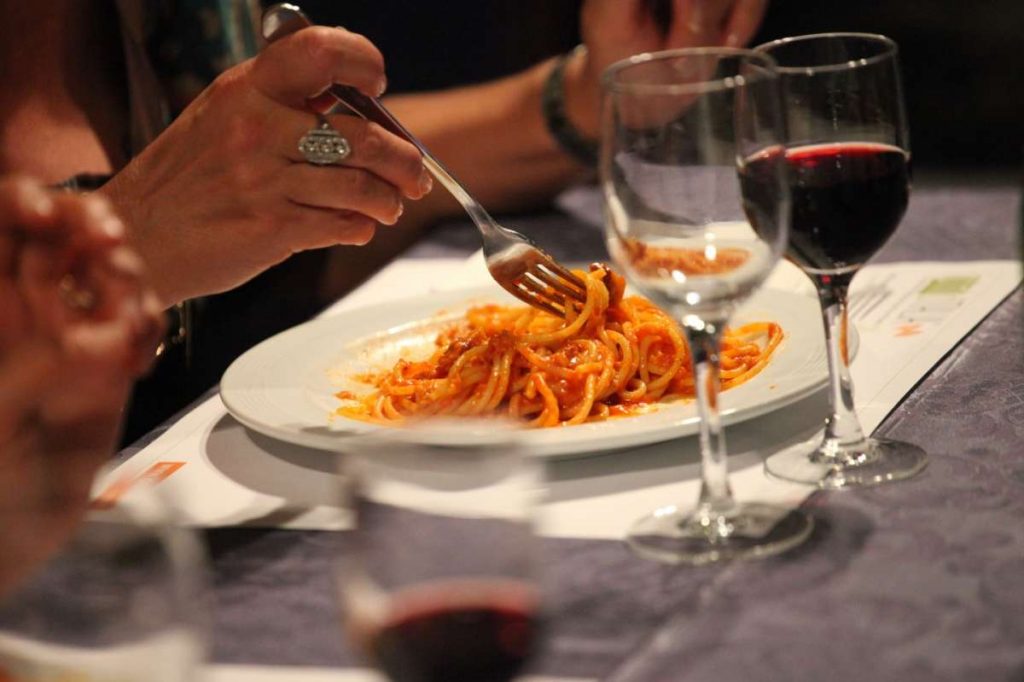 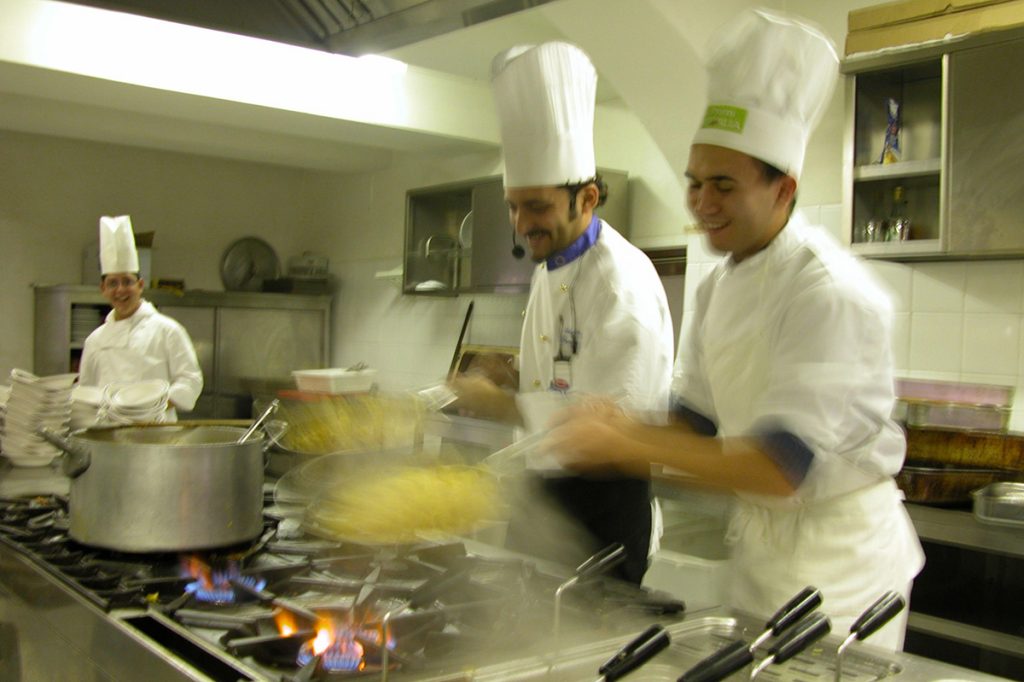 Another traditional protagonist is undoubtedly the truffle, of which there are around seven varieties: from the black to the white truffle, to the Summer Truffle or “Scorzone”. Norcia, in particular, is the home of the black truffle, whilst further to the North the Alta Val Tiberina is the land of the white truffle: at the beginning of the month of November Città di Castello hosts the Mostra Mercato Nazionale del Tartufo Bianco [National White Truffle Market Fair], an unmissable event for gourmets, novices and enthusiasts. 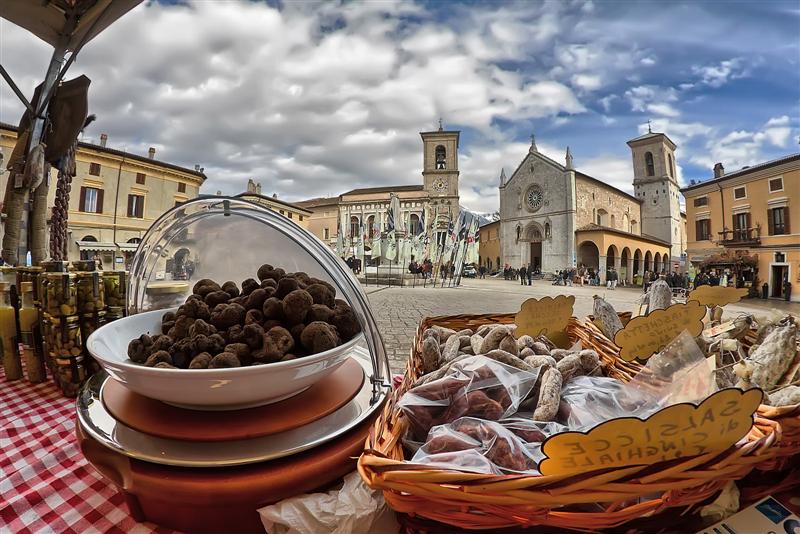 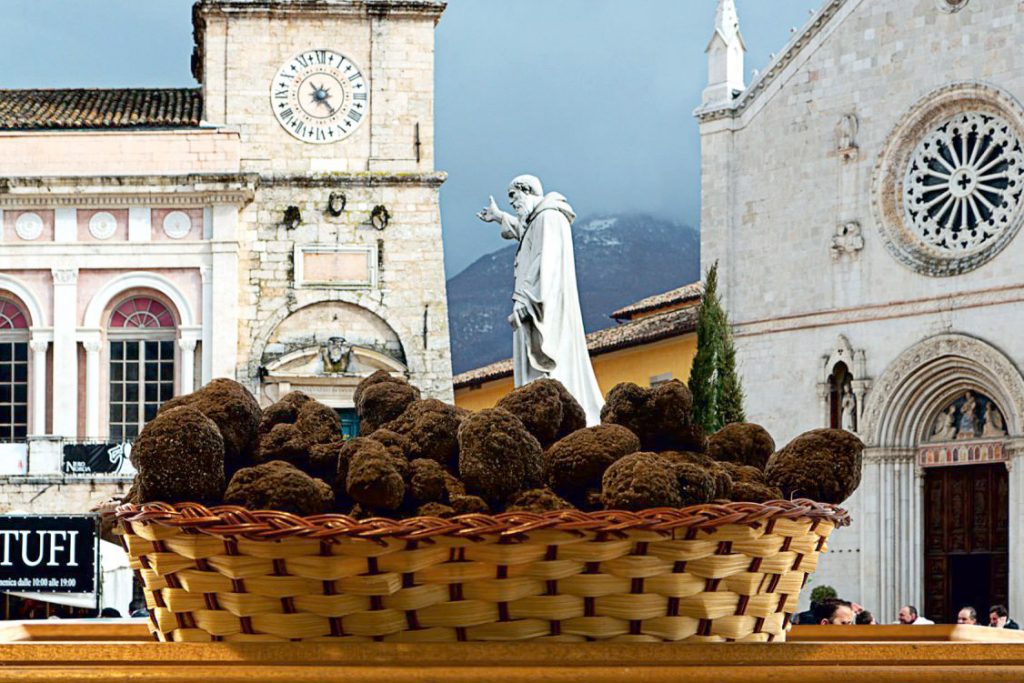 Umbria is famous all over the world for its wines: it is no coincidence that many consider the region to be the “Italian Burgundy”. Here winemaking has its roots in the ancient times of the Etruscans, the glorious and mysterious people that settled in the western part of the region more than 3,000 years ago.

In order to learn more about the region’s winemaking tradition it is worth making a trip to Amelia, on the border with Lazio which, in October, hosts the Festa della Vendemmia [Wine Harvest Festival], an excellent opportunity to also taste the DOC dei Colli Amerini. 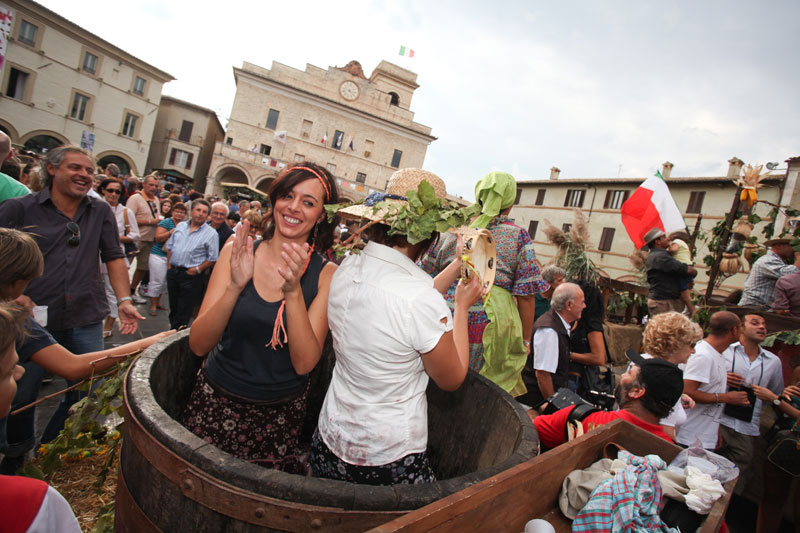 Umbria is a land that is also rich in almonds and hazelnuts. The most famous of the many sweet products made using these tasty ingredients is the “Bacio“, the chocolate candy which was created in Perugia in 1922. Perugia has also earned itself the title of “City of Chocolate” thanks to Eurochocolate, the most important event in Italy dedicated to chocolate that every October transforms the city into an “open air chocolate store” filled with Chocolate Sculptures, regular works of art realized by highly skilled sculptors. The Baci Perugina candies, with their famous love notes, tell us about the romantic side of Umbria which, coincidentally, is the home of Saint Valentine, “the patron saint of love”. The saint was born around 175 A.D. in Terni (of which he became the first bishop in 197 A.D.) and died on 14 February 273 A.D. during the persecutions ordered by the emperor Aurelius. According to legend he used to give the young people who visited him a flower from his garden. Two of these young people fell so deeply in love that many other couples followed their example, persuading the Saint to dedicate one day in the year to nuptial blessings. 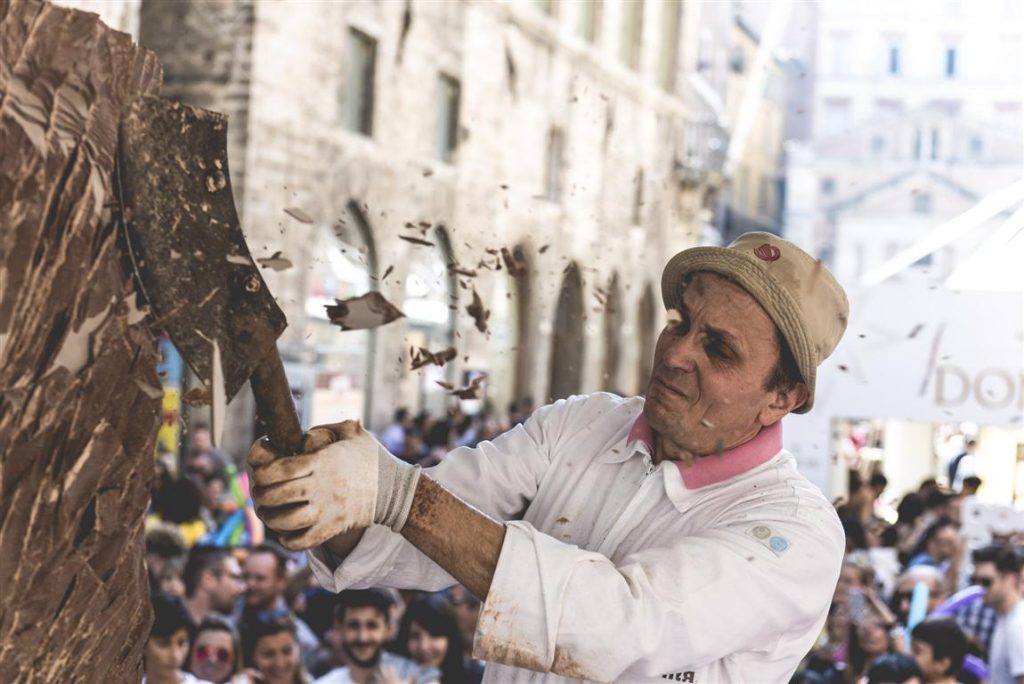 Saints and religion in Umbria

Umbria is the birthplace of many saints and the most important one of all is certainly Saint Francis, the patron saint of Italy and founder of the order of mendicant friars. His city, Assisi, is the treasure chest of art of Umbria and, at the same time, the heart of the region’s spirituality. The itinerary of Franciscan venues features visits to centers of great spirituality filled with artistic testimonies such as those to be found in the Basilica of Saint Francis, with frescoes by Giotto, Cimabue, Pietro Lorenzetti and Simone Martini. The son of a well-to-do family of cloth merchants, most of the events of the life and conversion of Francis of Assisi took place in the town of his birth. Near the gates to Assisi is the Eremo delle Carceri, the hermitage where Saint Francis and his followers used to meet to pray and meditate. Situated 4 kilometers from the center, at a height of almost 800 meters on the slopes of Monte Subasio, the Eremo delle Carceri is situated near some natural caves inside a splendid wood of centuries-old holm oaks where pilgrims still gather in contemplation today. 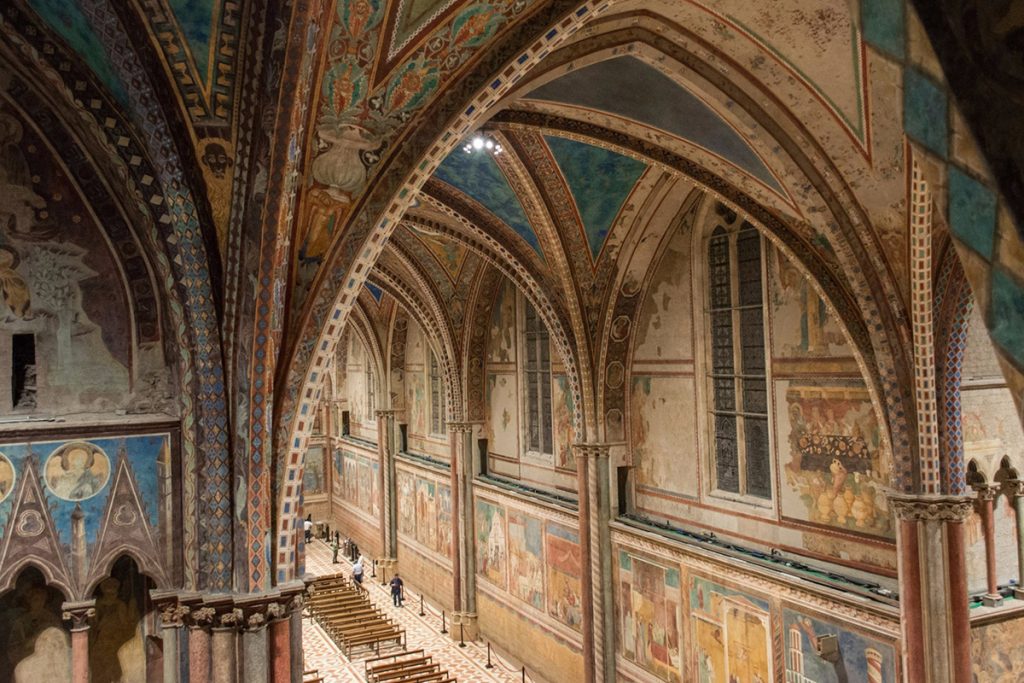 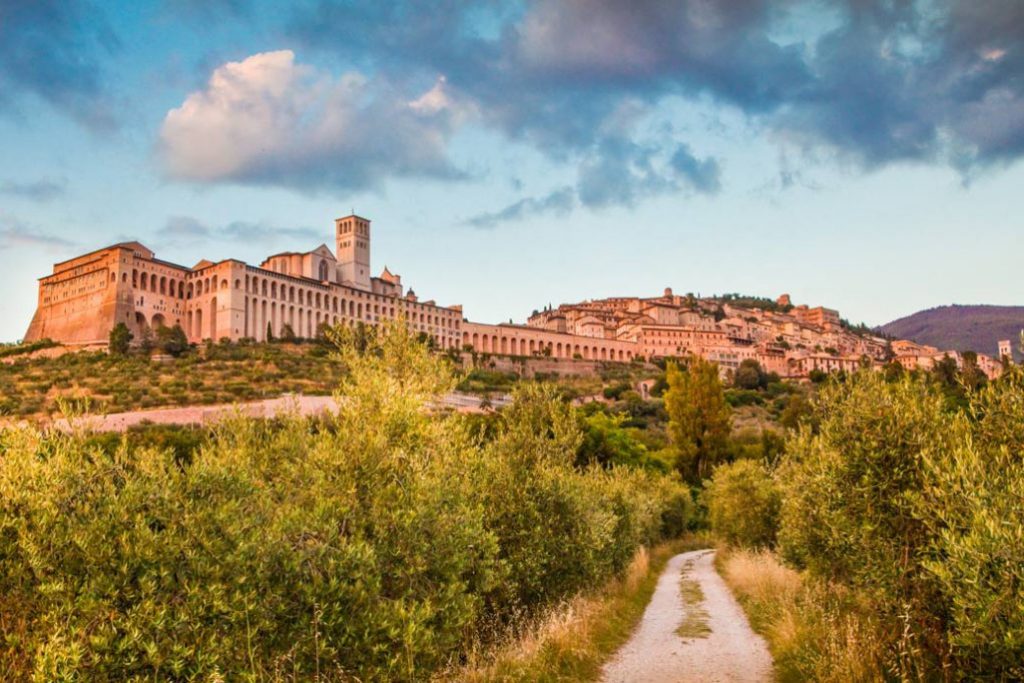 On the road that runs from Assisi to Perugia there are two places worth visiting: Deruta, the Umbrian capital of craft ceramics with over two hundred shops and companies that produce artistic majolica, and Torgiano which, with its museums of oil and wine, offers a journey around farming methods and working tools, territory and culture. 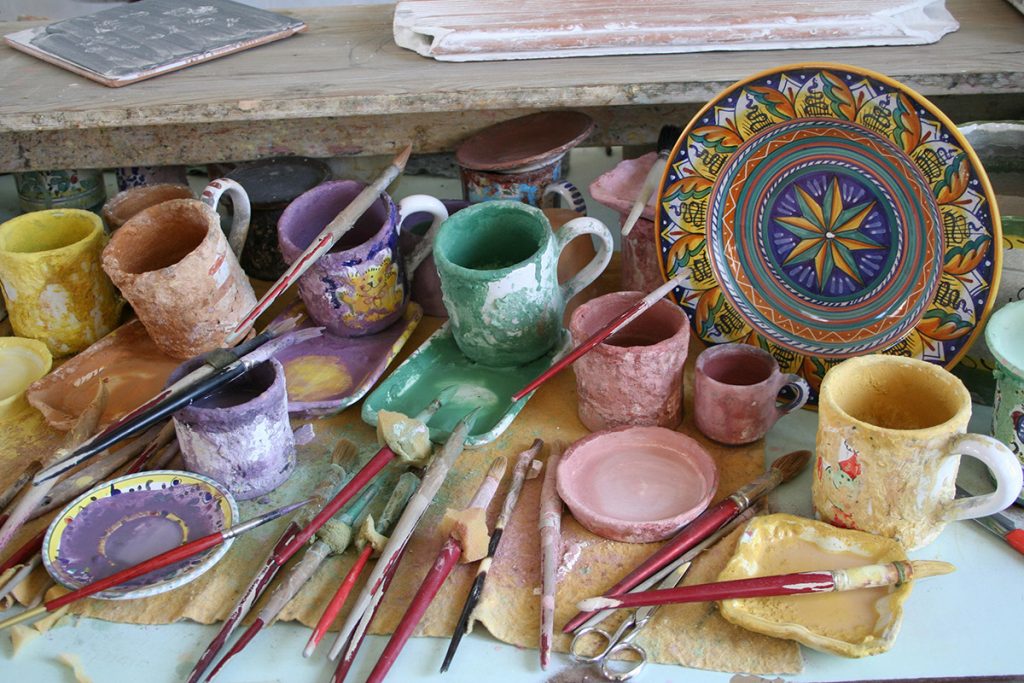 Less famous than St. Francis, but still celebrated today with a beautiful medieval feast every 24th November in Amelia, in the province of Terni, is Santa Firmina: a Roman virgin, she was the daughter of the prefect, Calpurnius, who after converting to Christianity at a very young age was martyred under Diocletian and buried in Amelia.

The Feast of Santa Firmina consists of an historic reenactment in fourteenth century costume as well as the Palio dei Colombi. 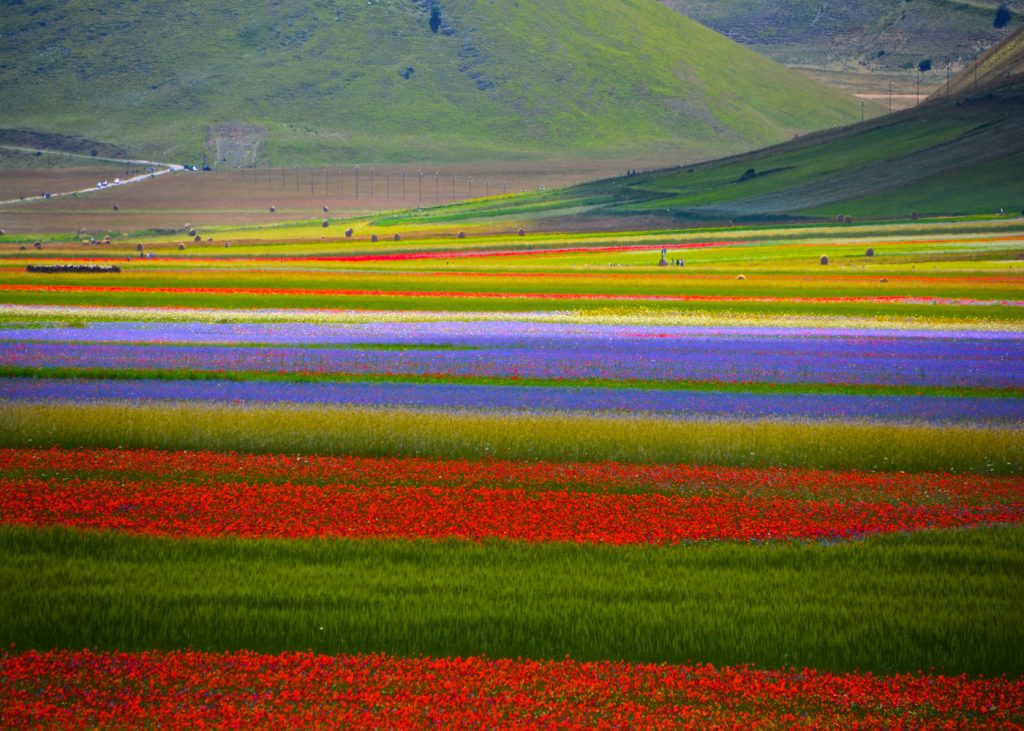 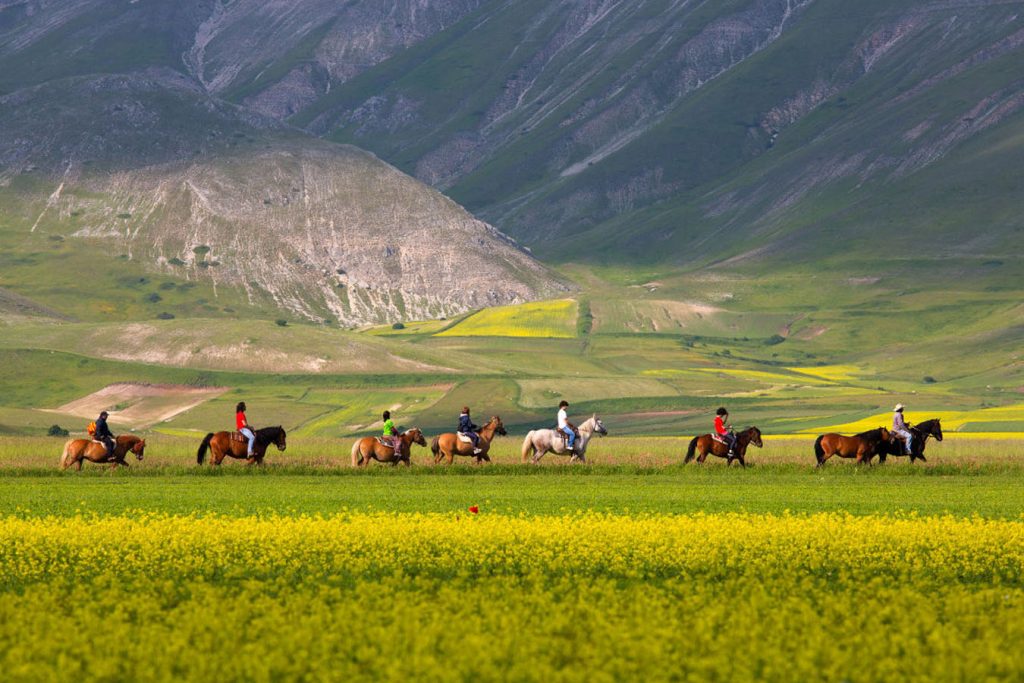