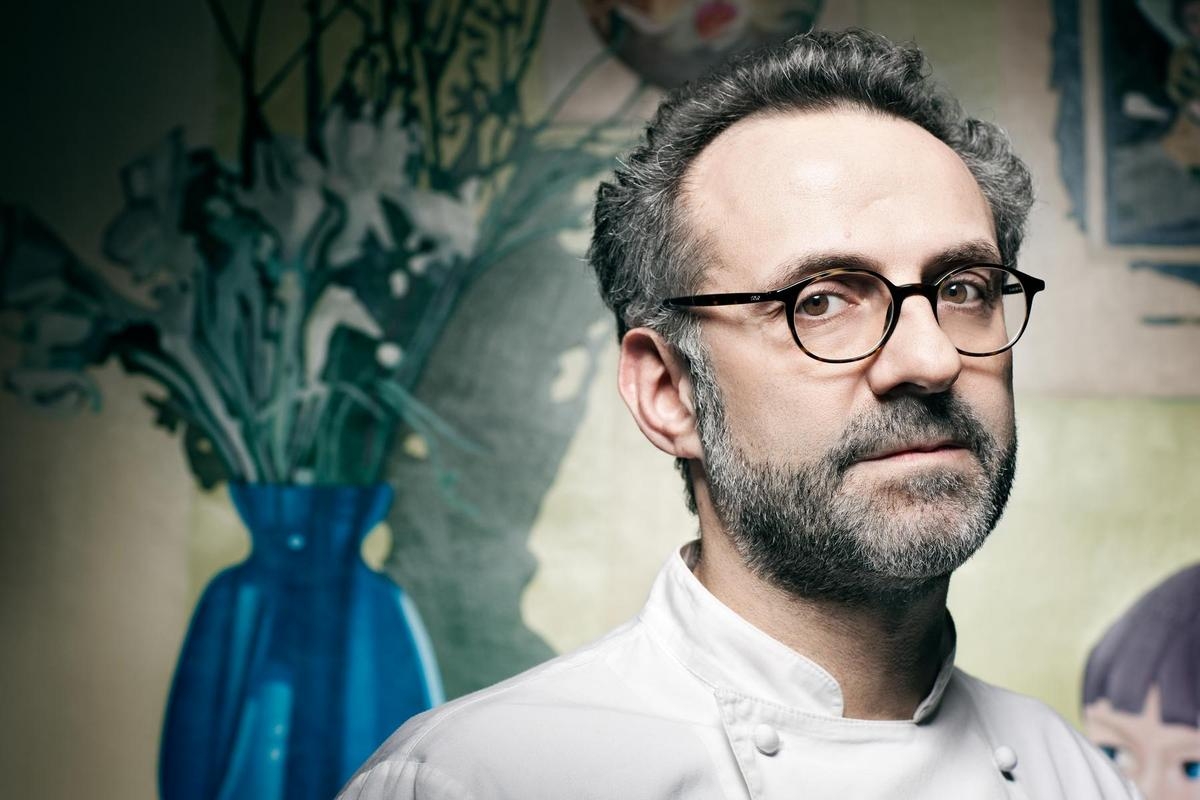 The winner of the “White Guide Global Gastronomy Award”, a kind of Nobel prize for gastronomy awarded every year in Stockholm, is the Italian chef Massimo Bottura.

The prize was awarded to Bottura on the same day in which the film director Paolo Sorrentino won the Oscar for “The Great Beauty”.

In 1995, Massimo Bottura opened the “Osteria La Francescana” in Modena (in the centre-north part of Italy), that obtained the third Michelin star in 2011; this is what can be read in the Michelin Guide about Bottura and his restaurant:

“If the understated sophistication of the dining room recalls elegant Franciscan simplicity, through the intellectual creations of the chef, the prophet of an avant-garde and conceptually innovative kitchen who evokes childhood memories and Modenese flavours.”

In 2012 Bottura was also crowned ‘International Chef of the Year’ by The Daily Meal who acclaimed him ‘one of the most innovative chefs in the world today’.

And in 2013 the “Osteria La Francescana” obtained an undivided third place in The World’s 50 Best Restaurants ranking, besides the title of Chef’s choice, voted favourite restaurant by the best world colleagues.

The motivation of the prize awarded to Bottura reads: “For continuously reinventing one of the most loved cuisines in the world (the traditional Italian food) and for his elevation to new dimensions and prospectives, to export and enjoy. In  constant dialogue with the rich and traditional root of the Italian cuisine, Massimo Bottura develops an extraordinary culinary art that covers a wide variety of expressions, from the apparently simple to the intellectually complex ones.”

Among the most famous dishes of the Osteria La Francescana, there is the ‘Tribute to Monk’ conceptual plates based on meditation, on music and on listening and tasting in the dark. An all-black plate of black cod, cooked with aromatic ashes, in a deep black Katsuobushi squid ink broth, the dish is a clash of traditions and concepts. A video has been dedicated to this dish and can be seen on Massimo Bottura’s restaurant’s website. An instrument that this chef uses gladly to tell of his culinary creations. Bottura explains:

”Food tells stories, evokes memories, accounts for cultural differences,  informs as well as nourishes and serves a greater sense of belonging, it is not only a necessity but a gift to future generations of chefs and diners. I want to tell a visual story to help the public understand the products I use and the territory I come from.”

Another interesting story is the one tied to a dish called “An eel swimming up the river Po” which narrates an eel’s imaginary journey retracing the footsteps of the Este dynasty from the lagoons of Comacchio to the canals of Modena. Whilst travelling up the river a great amount of ingredients, such as Campanine apples and corn, are picked up along the way. Lacquered with Saba, a sweet grape juice reduction, recovered from the making of Balsamic Vinegar, the eel becomes a symbolic gesture to remind that the kitchen is not only a place for innovation but for reflection and recollection.

Just like a time machine, food makes us travel through history and into the sense of places, from the lands of the Este’s to the valleys of Comacchio.
From 1240 to 1598, the Estes were lords of Ferrara (and later of other surrounding cities like Modena, Reggio Emilia, Fanano, Garfagnana , Carpi, Correggio, Mirandola, Novellara, Massa and Carrara) and the transformation of the city of Ferrara from a medieval citadel to a true renaissance masterpiece is thanks to them. Since 1995, Ferrara has become a Wold Heritage Site. It lies on the banks of the river Po, about an hour away from Modena that became capital of the Este dukedom in 1598.

The Comacchio valleys represent one of the most important lake districts in Italy and in Europe, with Lake Como’s and Lake Maggiore’s ones. They are the “heart” of the delta of the river Po and the green lung of the north east Italian coast. They extend throughout the province of Ferrara and through part of the province of Ravenna, for about 11.000 hectares between Comacchio and the river Reno and are connected to the sea.

In Comacchio the protagonist of fishing is without doubt the eel and the great presence of water birds is enriched by the magnificent pink Flamingos that have stopped near the salines for some years now. In 1998, 400 specimens have been counted  and it is foreseen they will stop to nest in the following years.