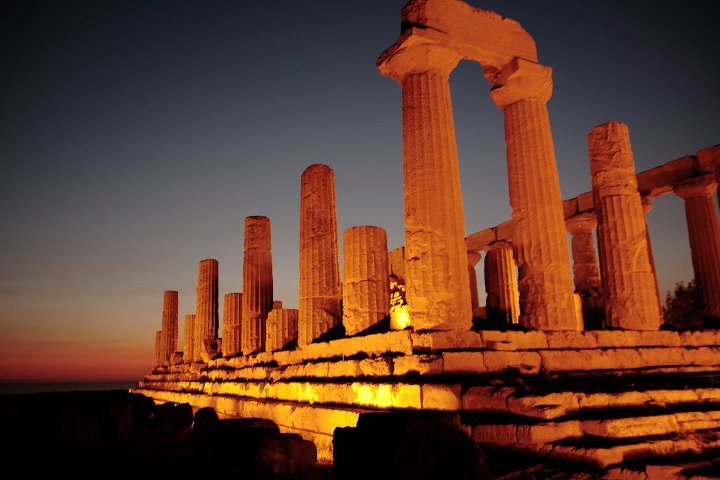 Italy is best known for its rich diversity of mouth-watering cuisines. Sicilian restaurants are no exception to this fame mainly because the Island is a melting pot of different cultures including Greek, Arab, and Spanish. Having a meal in the best restaurants in Sicily is an unforgettable experience primarily from the way the exotic meal is presented and the freshness of the ingredients used in preparing the meal. The island is actually rich in fresh vegetables and a diverse supply of seafood. Here is a sample of the top restaurants in Sicily:

Located on the golden Porto Palo Menfi beach in Sicily, the Da Vittorio Ristorante provides the best flavors of Mediterranean seafood washed down with classic Italian wines. It serves the freshest fish in the region.

Stuck along the Via Pardo in Catania, Sicily, the Antica Marina is one of the best restaurants in Sicily specializing in local seafood specialties and the finest Italian wines.

This is one of the best restaurants in Sicily located in the city of Palermo. The family run restaurant has a rich menu featuring delicacies such as dried lobster, grated fish eggs, and other popular seafood varieties.

Located in the old town of Taormina, the Al Duomo restaurant is a typical Sicilian eatery serving a variety of traditional cuisines. It is has a romantic setting close to the old matrix and Porta Catania.

La Madia is situated between the Agrigento Temple valley and the south-eastern Sicily region. It serves the best Sicilian delicacies made from the freshest ricotta cheese and other local ingredients from the kitchen of Chef Pino Cuttaia.

Located in the scenic Ragusa Ibla, Sicily, La Variante Sultano restaurant provides a unique mix of traditional Italian dishes and modern gastronomic trends to tell a truly delicious story. The chef is no other than the famous Ciccio Sultano.

The Principe Cerami, one of the famous restaurants in Taormina Sicily, is a 2 star Michelin restaurant in Sicily with a view of the Ionian Sea. Its chef, Massimo Mantarro, is well known for adding a memorable touch of Sicilian tradition to sophisticated haute cuisine.

Run by Chef Patrizia Di Benedetto, Ristorante Bye Bye Blues is a splendid 1 star Michelin restaurant in Sicily located in the scenic Mondello part of the city of Palermo, Sicily. The restaurant specializes in all types of Sicilian seafood and shellfish.

La Gazza Ladra restaurant is stuck inside the Palazzo Failla, Hotel in Modica Alta, Sicily. It is a Michelin restaurant in Sicily serving both ancient and modern Italian meals by Chef Davide Tamburini.

Bellevue Restaurant is one of the best restaurants in Taormina, Sicily. The restaurant serves the best local and haute cuisine. It has a diverse Italian and international wine list.

This is one of the popular restaurants in Taormina, Sicily. The restaurant specializes in natural cuisines and the best wine in the region.

Located along Via Infermeria, CT, the Ristorante Coria provides the best “scents of Sicily” as stated by Giuseppe Coria. The restaurant is best known for its rich local and international cuisines served with the best Italian wines.

Set in the historic Ragusa Ibla town in Sicily, the Locanda Don Serafino restaurant is run by Antonio and Giusseppe La Rosa. The restaurant’s chef, Vincenzo Candiano, is a master of fish and meat dishes.

Awarded a 1 Michelin star in 2010, La Fenice is an elegant restaurant built from an ancient farmhouse in Ragusa. It has great service and diverse yet creative cuisines by Chef Claudio Ruta.

This family run restaurant by brothers Alberto and Andrea Rizzi in Palermo provides a unique combination of innovation and Sicilian tradition. It is well known for its high quality Italian wine.