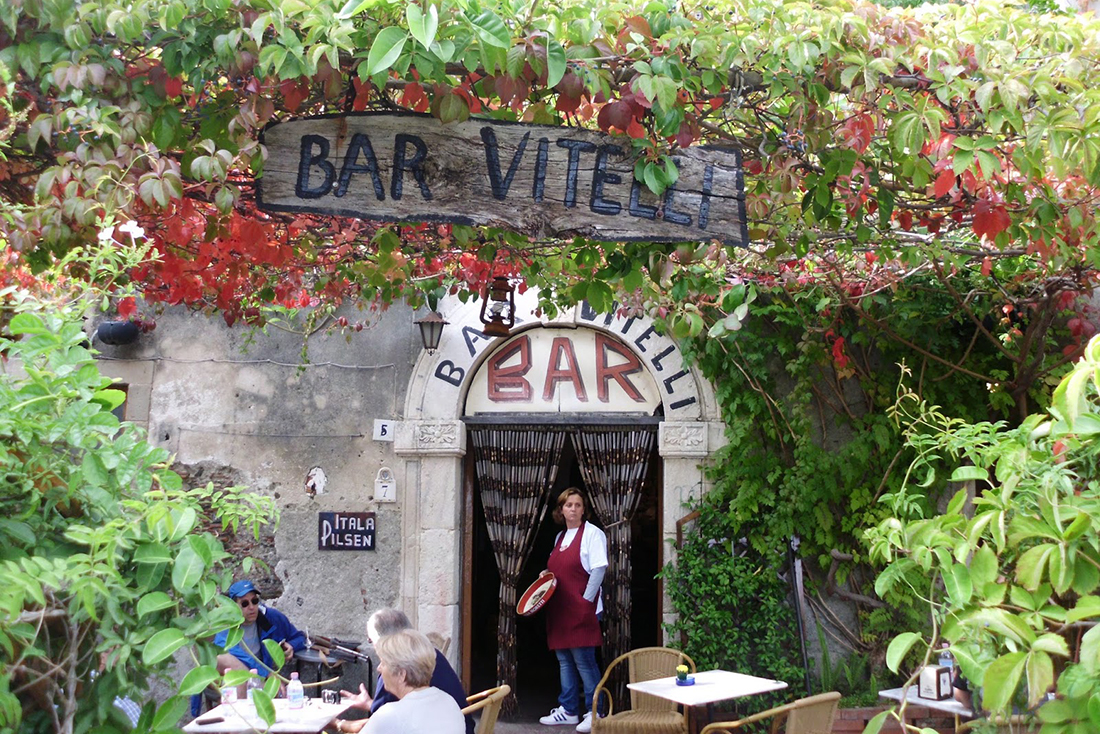 Posted at 18:14h in Events, Food and wine, Italian itineraries by Caterina Lancellotti

One of the most popular festivities of the Sicilian autumn is that of Saint Martin which is celebrated in particular in eastern Sicily.

In Sicily and the Mediterranean basin, the pleasant temperatures that generally characterize early November are known in Italy as a “Saint Martin’s Summer” in memory of Saint Martin of Tours who lived around 300 A.D. According to the legend, while he was enlisted in the Roman army, Martin met a scantily clad beggar near Amiens who he decided to help by giving him half his cloak to keep warm. Suddenly the skies cleared and the sun began to shine and heat everything up as though it were summer. 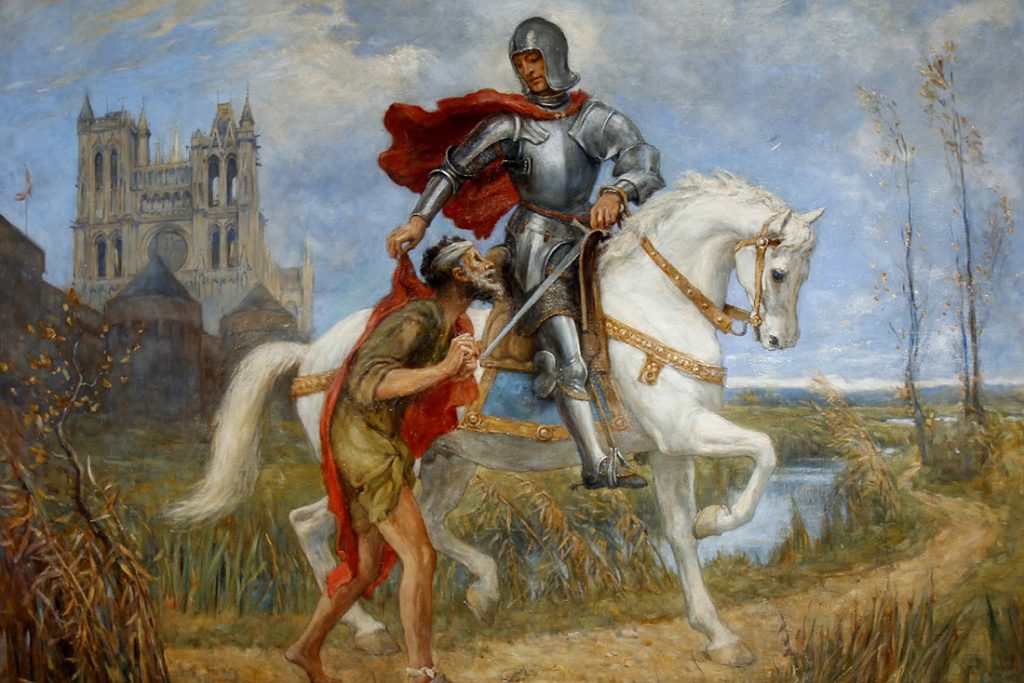 In the night Martin dreamt about Jesus who, speaking to the angels, said: “Here is Martin, the unbaptized Roman soldier, he dressed me”. The legend says that when the young soldier woke up he found that his cloak was whole once more. Deeply affected by these events Martin left the army, was baptized, become a monk and was later elected bishop of Tours.

Inside the Nebrodi Montains National Park

The feast of St. Martin is 11 November, the period of the year in which it is customary to open the barrels of vino novello or ‘young wine’, 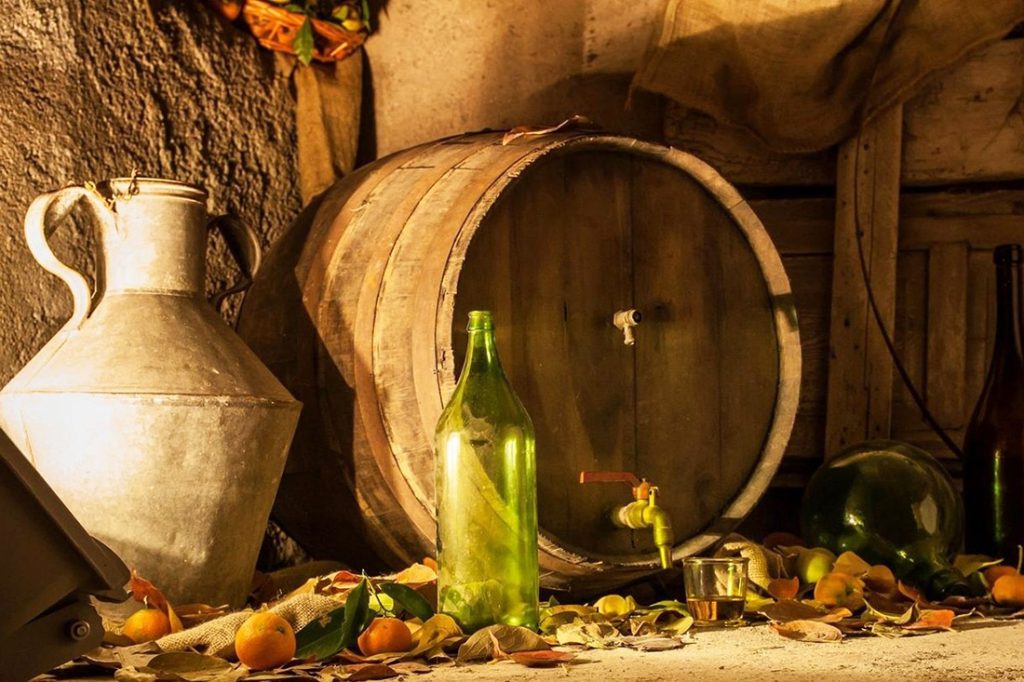 and when many Sicilian wineries open their doors to anyone wishing to learn about the secrets of wine and taste their latest production. In some localities this is also the period when the pigs are slaughtered to prepare salamis, hams and sausages.

In the province of Messina there are three small villages where it is possible to savor these delicacies and enjoy this last glimpse of summer, to immerse oneself in a territory that offers a different image to that of the arid, sun-drenched Sicily.

Inside the Nebrodi Montains National Park, the green heart of the island, filled with woods, lakes, olive-groves, vineyards and thriving hazel groves, halfway between Cefalù and Messina, is Castell’Umberto. This year, on 11 and 12 November, the Palio of San Martino, famous for its Barrel Race, will be held: in this race the participants roll barrels down a winding path and compete with each other to see who can reach the finish line in the shortest amount of time. 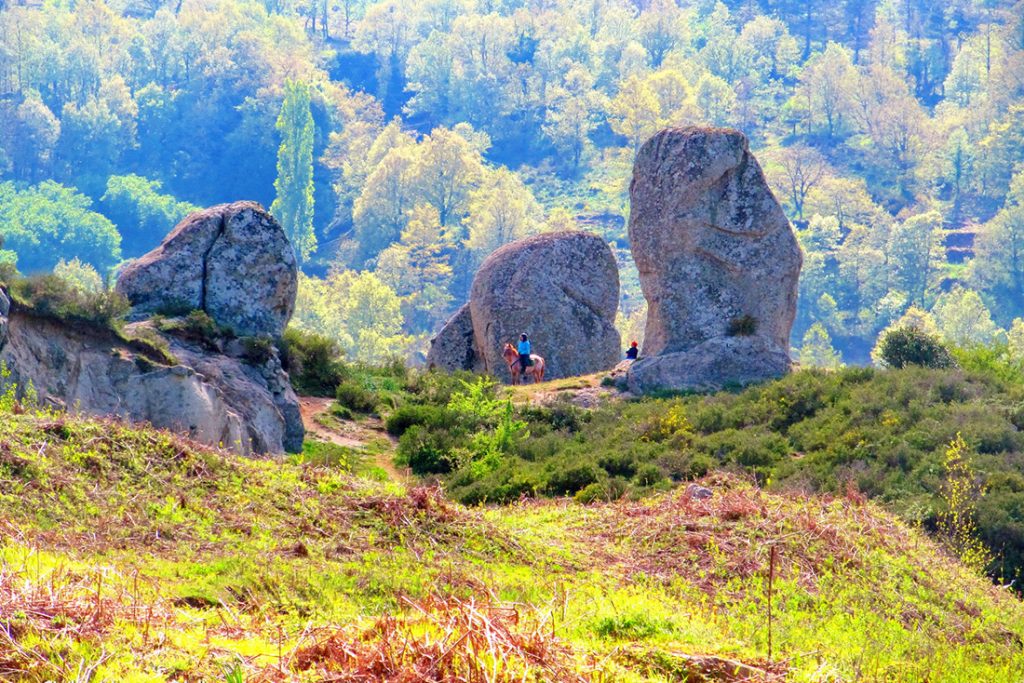 The Barrel Race takes place in the village’s historic center, nicknamed Castania, amidst the old sandstone houses and blooming flowers. The ruins of the Byzantine period castle with its tower are worth a visit, as well as the church of Santa Barbara, and that of San Vincenzo, U Chianu a vucciria, a place that was the nerve center of the social and political life of the Castanesi, which was built in Norman times and overlooks the Fitalia River valley. Here the scenery is truly fantastic and it is possible to admire, to the north, the seven islands of the Aeolian Archipelago and, to the south-east, the impressive cone of Mount Etna. 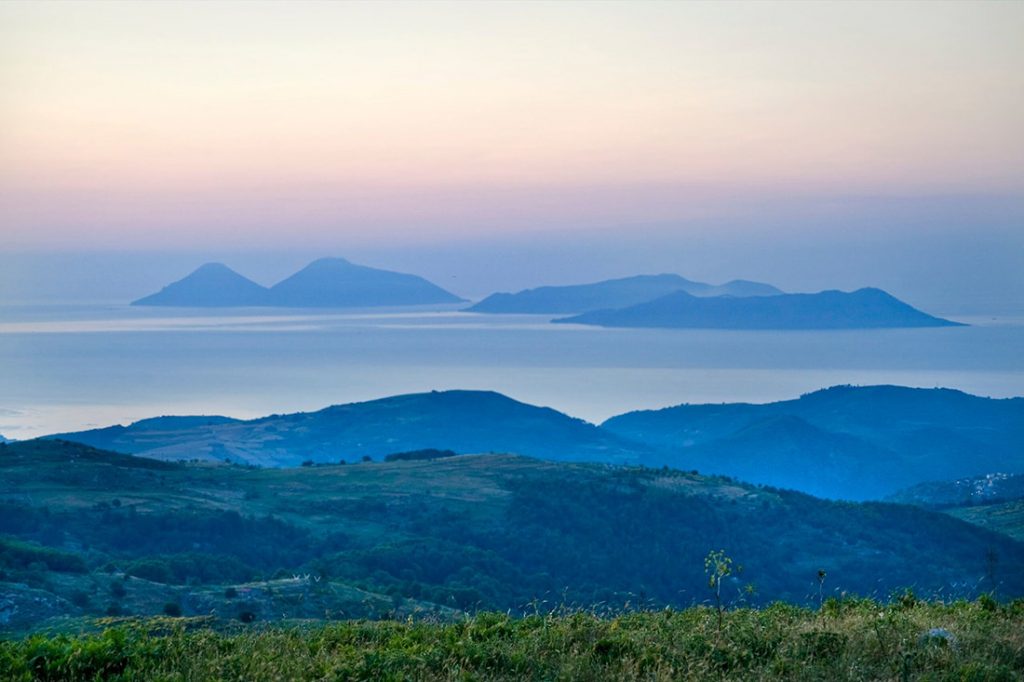 islands of the Aeolian Archipelago

From Castell’Umberto, following the valley of the Fitalia River and moving towards the coast, we come to the town of Frazzanò (around 80 Km east of Messina), where the feast of St Martin is celebrated with a craft market-fair: here mushrooms are the protagonists, alongside products made from the black pigs of Nebrodi, an autochthonous breed of pig that lives in the wild in the Park. In the historic center of Frezzanò time appears to have come to a standstill with its churches, small piazzas and charming alleyways. Just a few kilometers from the town is the ancient Monastery of San Filippo di Fragalà: the road that climbs up towards the Abbey from Frazzanò is called the “Via dei Santi” [Road of Saints], because it is decorated with ceramic icons depicting Sicilian saints. 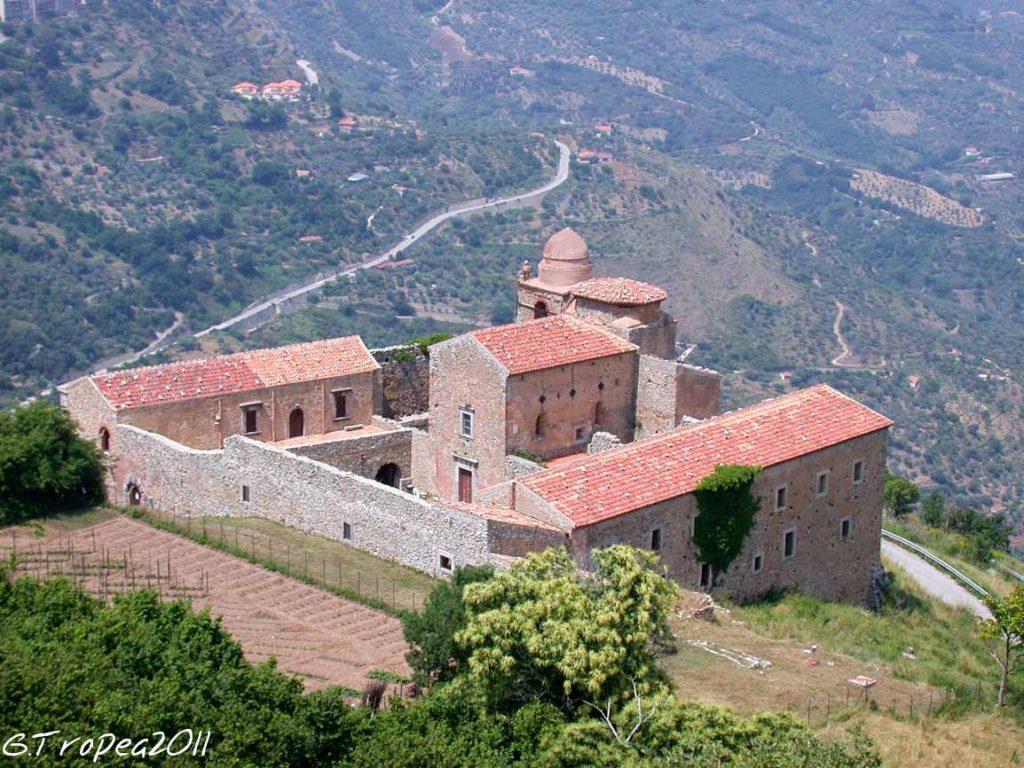 The natural marvels of Sicily

Alternatively, moving towards the interior from Castell’Umberto, we can discover one of the natural marvels of Sicily, the Valley of the Alcantara River, with its deep gorges that create a unique geological landscape. Here the small village of Malvagna enjoys a privileged position. For the Feast of St. Martin Malvagna organizes an event linked to the village’s culinary tradition offering a chance to taste “Frascaturi”, polenta with chickpea flour, Nebrodi black pork sausage and wine from the local district. 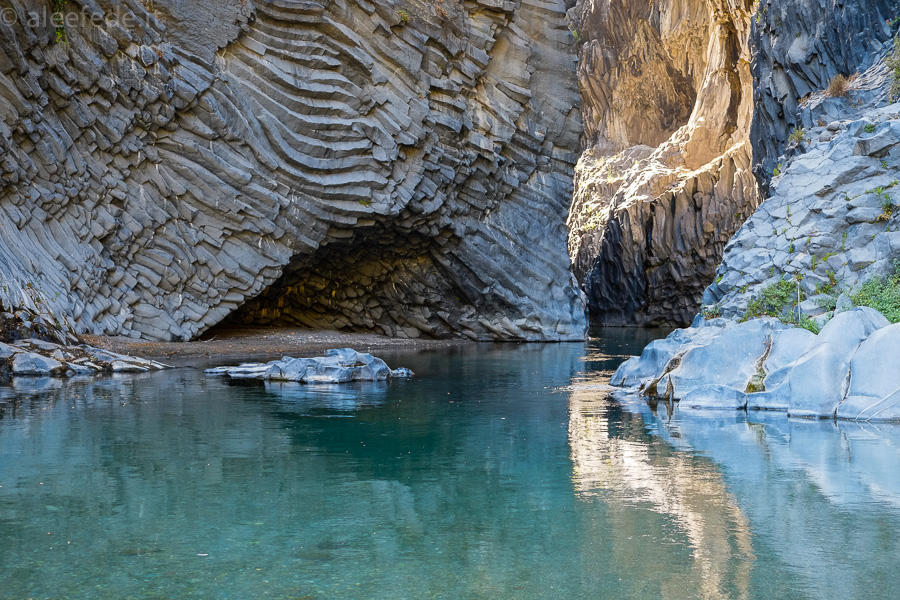 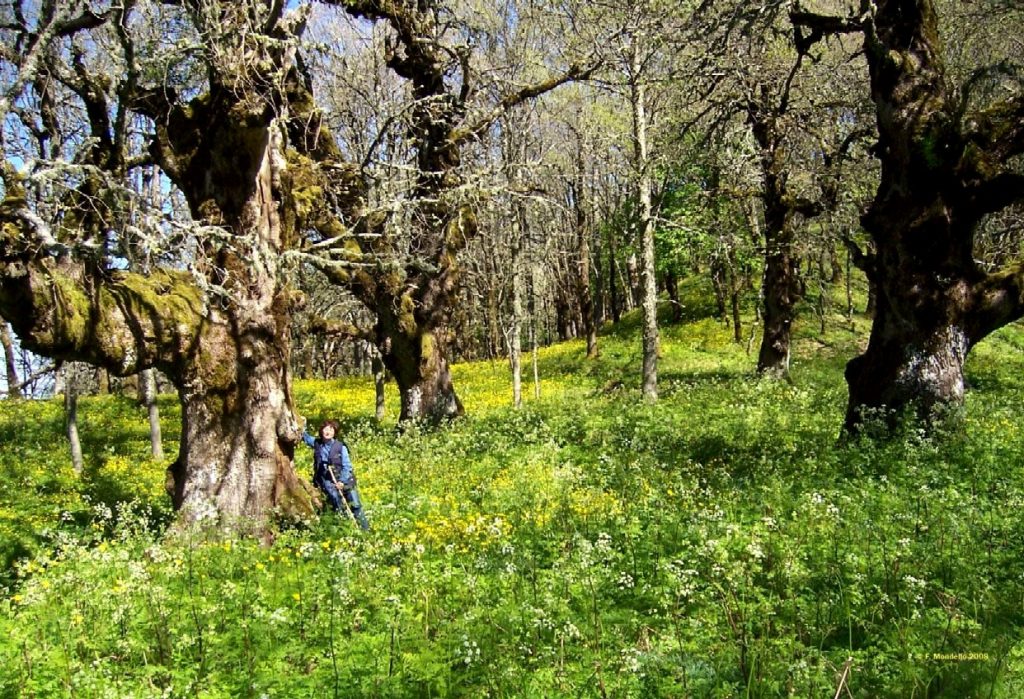 Malvagna is also the ideal gateway to the Malabotta woods, a reserve where it is possible to take a variety of excursions, including the “Sentiero dei Patriarchi” [Patriarch’s Pathway], so called because of the presence of ancient trees with enormous knotty trunks that can reach heights of 30 meters and diameters of two meters.

Continuing in the direction of Taormina, perched at the foot of Mount Kalfa are the towns of Melia and Mongiuffi. They are situated opposite each other and joined by a bridge over the Ghiodaro River that gives its name to the whole Valley and extends to the slopes of the mountain. The Valle del Ghiodaro, a symbolic place of spirituality (it hosts three shrines dedicated to the Virgin Mary), is the protagonist of another feast of St Martin, “San Martino, Odori, e sapori della Valle del Ghiodaro”[Scents and flavors of the Ghiodaro Valley] 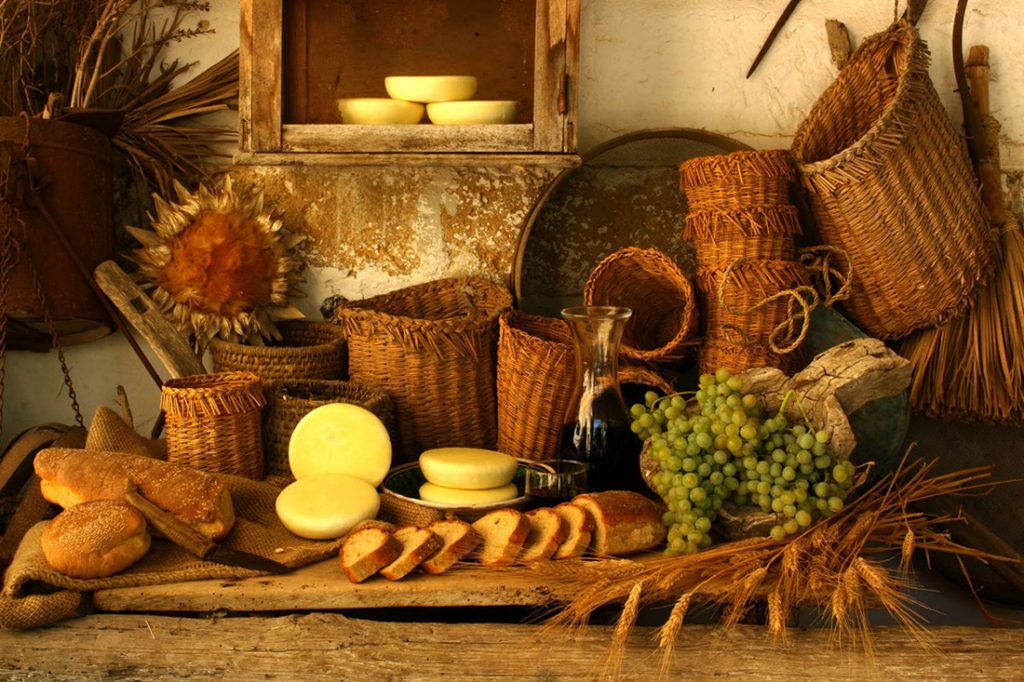 Scents and flavors of the Ghiodaro Valley 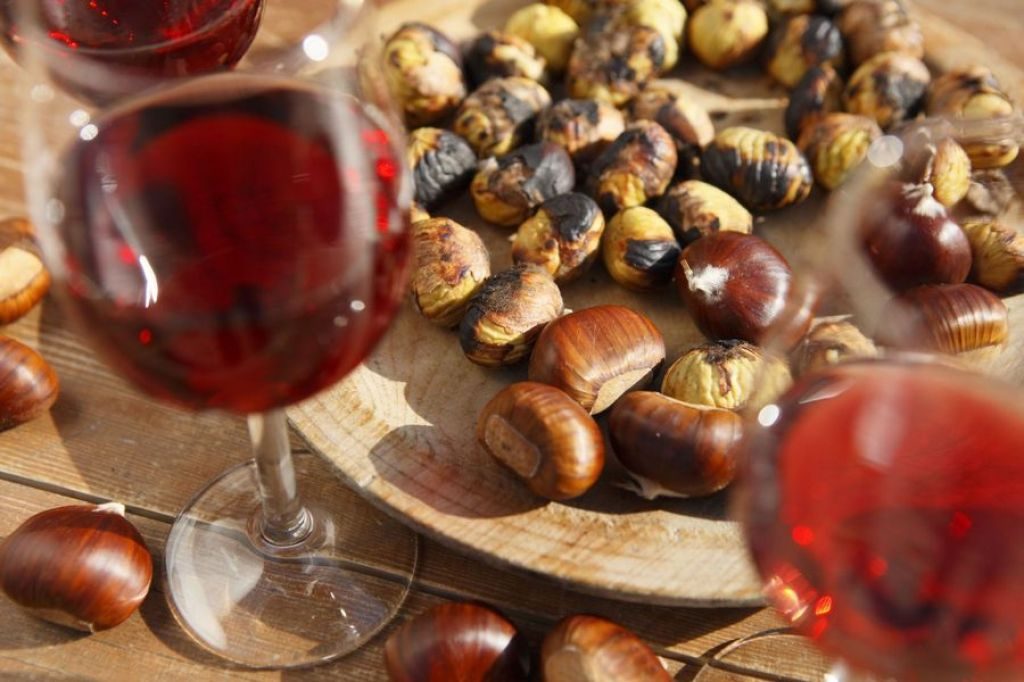 that is held in Mongiuffi Melia, with tastings of typical produce, demonstrations of ancient crafts and a painting exhibition. In the village it is also possible to visit the ruins of a Greek-Roman aqueduct, testimony of the village’s glorious past.