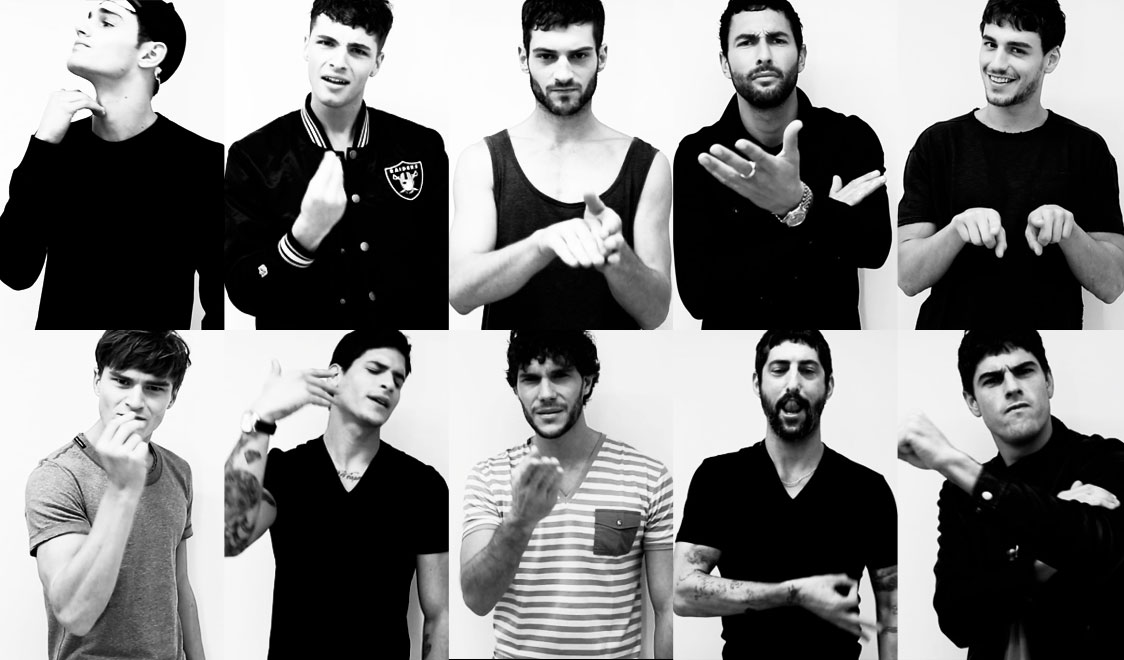 Survival kit for communicating with Italians even without speaking

Maybe it’s a legacy from our theatrical heritage, for example the “commedia dell’arte”, or perhaps simply because we are too passionate a people to be able to coop up all this energy inside our bodies. The fact is that we Italians are the world champions of “non-verbal communication”: it seems that there are no less than 250 different types of gestures that we Italians use daily in our conversations.

The gestures that accompany our stories are a “trademark” which is almost impossible to imitate and makes us famous abroad in the same way as our art, fashion and good food.

Although some of these gestures are now well-known and can immediately be decoded, there are others that may be puzzling to foreigners. So here is a brief 9 point survival kit to memorize before coming to Italy and getting yourself into embarrassing situations.

First of all, however, it must be said that Italian gestures vary considerably depends on the latitude: some forms of body language which in the South are very theatrical and particularly ceremonious are often just small or almost imperceptible movements in the North of Italy.

If the person you are speaking to holds their hands together in front of their chest with the fingertips touching and moves them repeatedly up and down… you must have done something rather serious.

If someone looks you in the eye while holding their hands with open palms and starts to hit one hand against the other, holding the first hand perpendicular and the second parallel to the ground… run away. This is exactly what they are asking you to do!

If during the course of your conversation you were to give the person in front of you the idea that you are slightly crazy, you might see them react in one of three different ways: tapping their index finger against their temple; closing their fingers around the thumb and hitting the centre of their forehead several times, or moving their hand repeatedly from left to right with the palm perpendicular to their forehead.

Keeping the hand with the palm open upwards and close the fingers repeatedly just touching the fingertips is different from making a fist repeatedly: in the first case (“Paura, eh?” – “So, are you scared?”), the person in front of you must be rather ominous or is saying something frightening to you, because they are saying that you look scared. In the second case (“Muoviti!” – “Get a move on!”), they are asking you to hurry up and do something.

If the person you are talking to bites their hand (or just the index finger) it means that they are complaining about something. However, it must be said that you will rarely see this gesture in Milan or Venice. On the other hand, you could easily come across this in the South.

Putting the index finger under an eye and pulling the skin slightly downwards is a good sign: it means that they find you smart or that what you are saying is particularly clever.

If the person in front of you is not the least interested in what you are saying, they will probably not say anything: they will just stroke their chin repeatedly with the upper part of their hand with the palm facing downwards.

The “horns” are one of the Italian gestures made famous round the world by the former Italian Prime Minister, Silvio Berlusconi. This sign points out an episode of infidelity or in any case indicates a person who is not particularly reliable.

Italian, Italian culture, Made in Italy