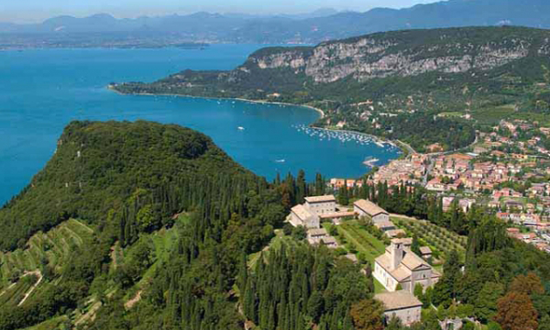 19 Mar 2015 The Monasteries of Italy: silence, nature and genuine foods

Italy has many Monasteries set amidst stunning landscapes that harbor centuries of prayer, silence and meditation.

But there is also something else that characterizes these holy places: the industriousness of the people who live there, monks and nuns who work the land to produce genuine products.

It is thus possible to draw up a highly original itinerary of the monasteries of Italy, in a quest for fine and authentic foods, healthy herbs, curative and cosmetic products, which have often received prizes from award-winning magazines like Gambero Rosso.

Starting from the north east near the Austrian border, we have the Benedictine Monastery of Muri Gries, in Bolzano. Since 1788 the canons have run a winery in the cellars of the abbey where a wooden press dating back to 1549 is preserved. Lagrein Riserva is produced here, the best Italian red wine according to the Association of Sommeliers. A collection of ancient nativity scenes is also held inside the Romanesque tower of the monastery as well as an exhibition of the current artistic production of nativity scenes in Alto Adige.

Excellent wines are also produced in Bressanone, not far from Bolzano, at the Abbey of Novacella, in whose cellars tastings are held of excellent Specks, smoked sausages, cheeses and local bread. Also worth visiting are the Abbey’s historical gardens where 75 different species of herbaceous plants prosper, from the better known varieties, such as St. John’s Wort, Motherwort or Trigonella, to the more exotic ones like lemon grass, melon-scented sage, Jamaican thyme or even Tobacco. Moving south, towards Verona, we stop off at Monte S. Giorgio, the promontory that dominates the stretch of the eastern coast of Lake Garda in the territory of Bardolino, between Lazise and Garda. Here we find the Hermitage of Bardolino which offers an unparalleled panorama and a small store selling the Camaldolese monks’ highly valued DOP Extra-Virgin Olive Oil, produced by the centuries-old olive trees that surround the Hermitage, as well as an abundant selection of products from other monasteries: various qualities of preserves and honeys, chocolates, herbal teas and essential oils.

Not far from here, in Praglia, in the province of Padua, is the Abbey of Santa Maria Assunta, a remarkable monument of art, with its four cloister layout that pleasingly combines Late Gothic and Early Renaissance architectural styles. They make wine here too along with delicious honey sweets and cosmetics, and it is also possible to expand one’s winemaking culture thanks to a project called “La Cantina didattica” [The Educational Cellar], which offers training and specialization courses, events and cultural occasions that aim to transmit knowledge about the relationships between national and international vine varieties, philosophies and techniques of cultivation and production, territory ad wine quality. Moving west to the coast of Liguria, the province of Savona hosts two monasteries: in San Remo, the city of flowers, famous for the “Festival Internazionale della Canzone italiana” [International Italian Song Festival], is the Monastery of the Carmelitane Scalze [Barefoot Carmelites],

one of the best examples of contemporary sacred architecture, realized by the famous architect Giò Ponti in 1958, where preserves of choice fruits are produced, including Grape Jam with Rum, Dog Rose, Persimmon and Chilli Pepper. On the hills above the city is the Carmelite Monastery of Monte Carmelo, where it is possible to give full rein to one’s desire to shop: from beer produced by monks, to grappa, to all types of digestive Amari and liqueurs, to specialties that include blueberries in Brachetto wine and Rosolio with wild oranges.

There are many monasteries in Central Italy. In Tuscany, along the Apennines that separate the region from Emilia Romagna, immersed in a forest of conifers, chestnuts, larches and limes, are the Sacred Hermitage and the Monastery of Camaldoli, with its ancient Pharmacy and vast production of liqueurs including the famous Laurus 48, and herb-based digestives and Amari.

Monastery of Camaldoli, with its ancient Pharmacy

There are also many herbal teas and natural remedies including Abetol, Olio alle 31 erbe [31 Herb Oil], and Balsamo [Balm]of Camaldoli. Walnut Liqueur (the famous Nocino) and beauty creams are the specialties of the Cistercian Monastery in Valserena, in the province of Pisa.

Crossing the border between Tuscany and Umbria, we come to the town of Gubbio, famous for its truffles and ceramics, which has closes tie with the story of St. Francis of Assisi: this was where the saint underwent his conversion, as well as the location of the Abbey of Camporeggiano, famous for the production of biscuits.

Further south, where Tuscany and Umbria merge with Lazio, the Cistercian Monastery of Vitorchiano, in the province of Viterbo, is set amidst a hilly landscape, filled with woods and splendid wild fruits and flowers, crisscrossed by streams that still run clear. Here, since the 1970s, Trappist nuns have devoted themselves to the artisan production of jams in 25 top quality flavors.

Further south, 20 kilometers from Rome, along the Appia Antica (the road that, in Roman times, linked Rome to Brindisi, in the southeast of Italy) there is the Cistercian Monastery of Frattocchie, famous for the production of digestive liqueurs and, in particular, Eucalittino, obtained from the maceration of eucalyptus leaves.

In the heart of Rome, in a small valley situated along the ancient Via Laurentina, there is the Abbey of the Three Fountains, one of the most important places in Christianity, where the apostle, Paul, was beheaded on 29th June 67 AD. This is the ideal place for anyone looking for a corner of peace and beauty, where it is possible to temporarily escape from the hustle and bustle of the Eternal City. The Monastery’s shop sells chocolate cream and many other delicacies produced by other monasteries.

The convents in Erice, a panoramic medieval town near Trapani, in western Sicily, were closed down in 1964, but the nuns’ centuries-old recipes are still followed religiously and their confectionery has now been taken up by the town’s workshops: the “bocconcini di mandorla”, “amaretti” and “bauletti”, iced and decorated with citron conserve, all originated in the convent. Also in Sicily, but further south, in Agrigento, the Cistercian nuns of the Monastero di Santo Spirito still prepare “amaretti” and sweet couscous.