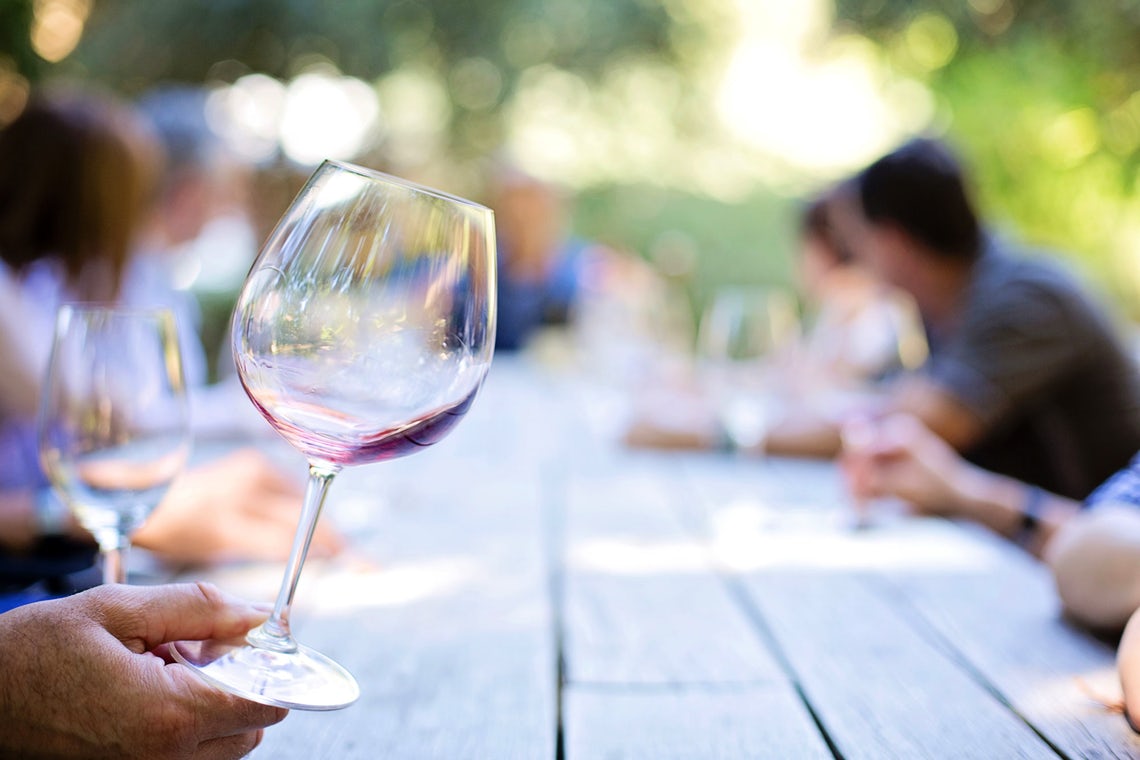 Posted at 16:37h in Events, Food and wine, Italian itineraries by Caterina Lancellotti

For wine lovers autumn in the chianti region of Tuscany is the ideal season, it is the time of the grape harvest, of new wine, a special moment for this land which is celebrated with lots of grape festivals.These are events which tell us about wine and its links with farming and rural tradition, when the grape harvest in the Tuscan countryside was a party (just like in June with the “threshing” of the grain): men went out in their “best clothes” in the hope of winning over a girl and danced in the farmyard accompanied by an accordion, the traditional farmer’s musical instrument.

Events which tell us about wine in the Sienese Chianti 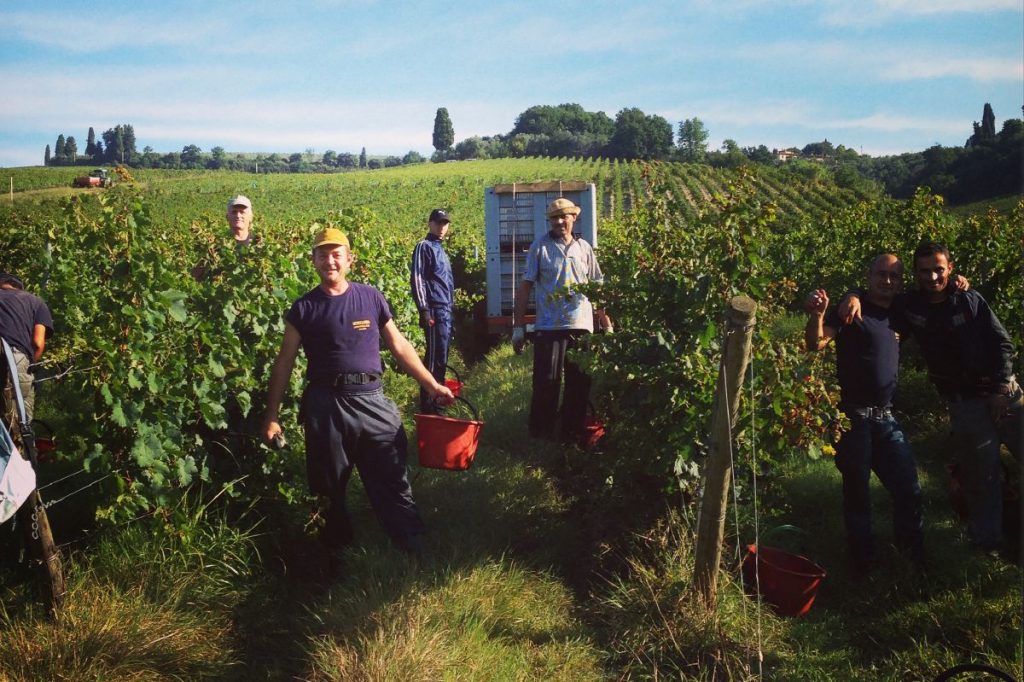 grape harvest in the Tuscan countryside

In the Sienese Chianti it is still possible to immerse oneself in this ancient atmosphere today by attending a Festa.

Let’s start with the Festa dell ‘Uva in the village of Vagliagli (Castelnuovo Berardenga, 20 km from Siena) where the grape harvest is celebrated in the last week of September with a big market as well as shows, music and food and wine tastings.

The grape festival at Vagliagli has changed a lot over the years due to the evolution of the agricultural economy. In the past the wagons of grapes were pulled by oxen; however in the early Seventies tractors appeared which were decorated for the occasion inspired by political and popular news stories or resorting to the imagination. In 1977 the end of sharecropping and the consequent depopulation of the small towns led to the festival being closed down; however it remained in the hearts of the village’s residents. 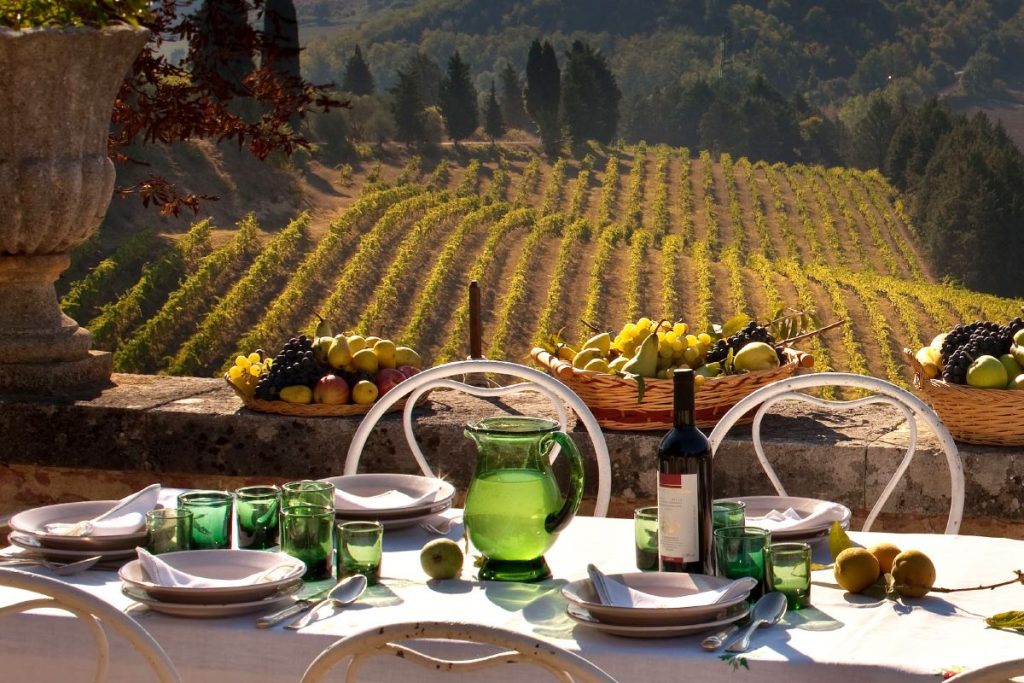 The memory was handed down from generation to generation until, in 1995, a group of young people decided to bring the event back to life. Since then there has been a return of the parade of ox-drawn carts whilst the girls, dressed in period costume, enliven the festival by performing country dances. It is also possible to visit small exhibitions of farming equipment and old tools (often brought to life by practical demonstrations of the old trades and artisan practices carried out by the town’s senior citizens), as well as photographic exhibitions on the subject of travel, war or crafts. 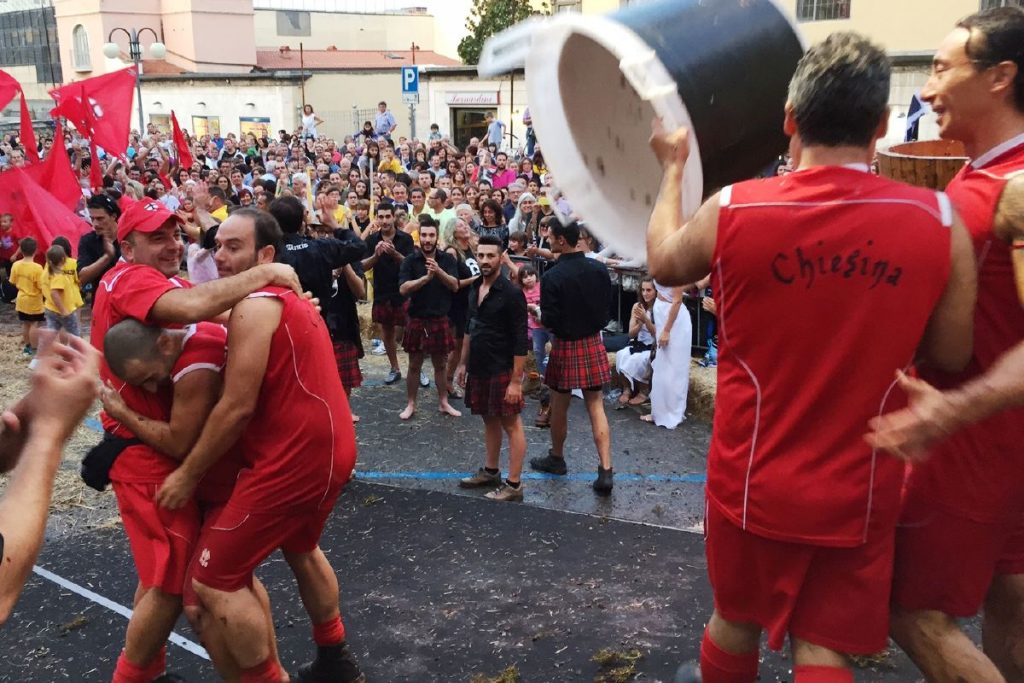 To learn more about ancient customs it is worth visiting Pigio, a folk event held in Poggibonsi in the month of October which reconstructs the ancient technique of “grape pressing” used on the Chianti hills. The town is divided into seven districts which compete with each other to press the grapes inside vats. At the end of the competition the must produced in a set amount of time is measured and the winner is awarded the “Boccione”, a demijohn decorated by a local artist. The “Zipolo“, the stopper of the demijohn, on the other hand, is awarded to the district that, according to the judges, organizes the best parade along the streets of the historic town center.

Another festival filled with gaiety, dancing and song is held on 6 October in Mensano, a little village near Casole d’Elsa (Siena) where the wines made by the most prestigious local wineries are placed on exhibition in the old cellars set in the rock. 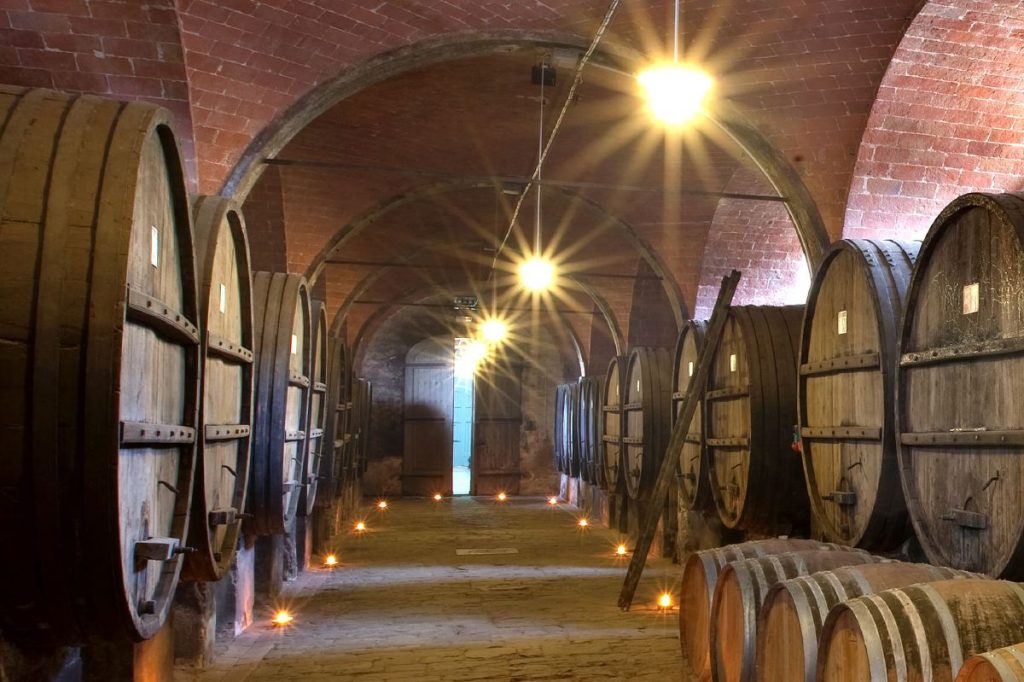 As visitors stroll around the stalls displaying typical local produce with a glass in their hand they can make their way to a small piazzetta where scenes from ancient grape harvests are reconstructed: here they will be enchanted by the stornellatori, women singing happily whilst treading the grapes in the vats with their bare feet as they dance away.

Tuscany and the Florentine Chianti

It is not just the Sienese Chianti but more or less the whole of Tuscany that celebrates the grape harvest, particularly the Florentine Chianti. 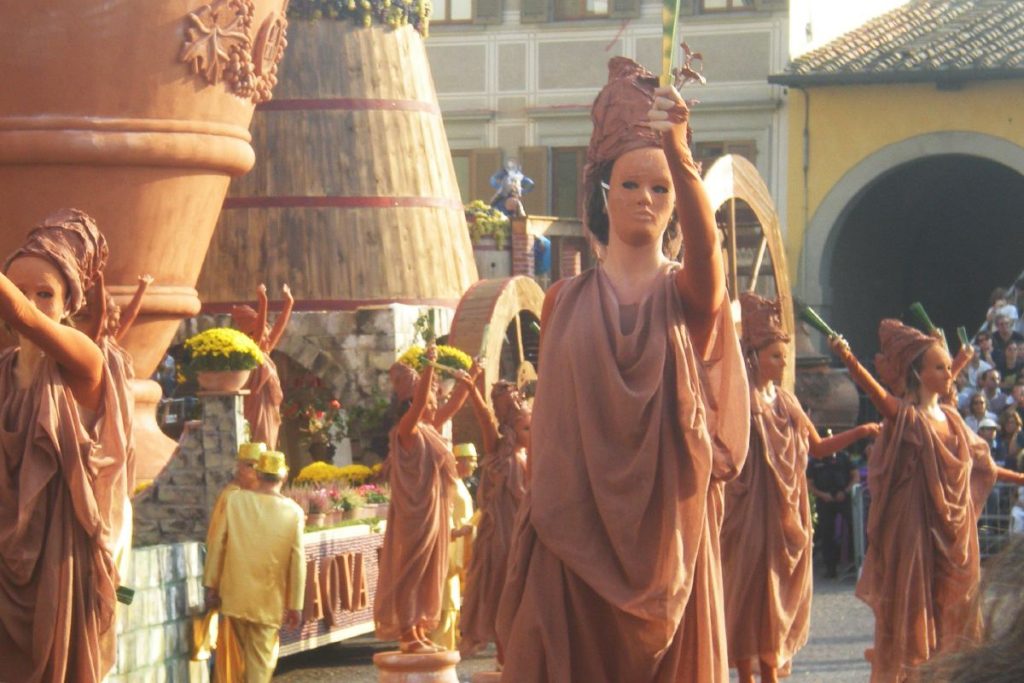 To the north of Siena, in Impruneta, the historic (since 1926) Festa dell’Uva [Grape Festival] is held on the last Sunday of September. However Impruneta, just a few kilometers outside Florence, is more famous around the world for its terracotta products: it was in the kilns of Impruneta that the bricks used to build the dome of Florence Cathedral were baked. 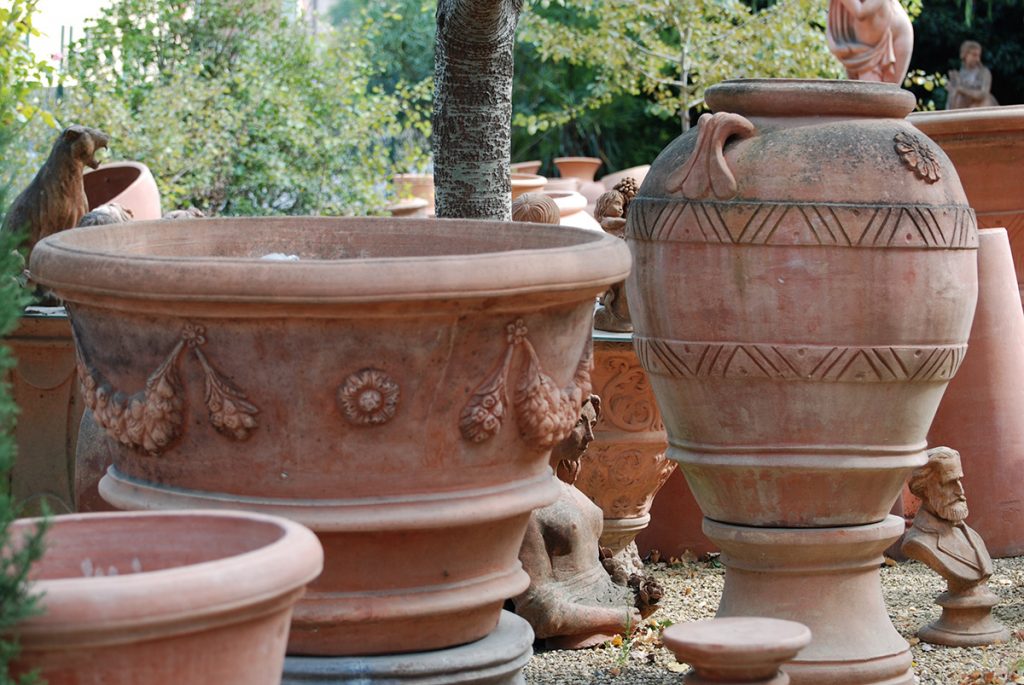 This glorious tradition also generated a delicious recipe: Peposo, a meat stew cooked in the oven with lots of pepper, a little tomato and red wine (Chianti, obviously). 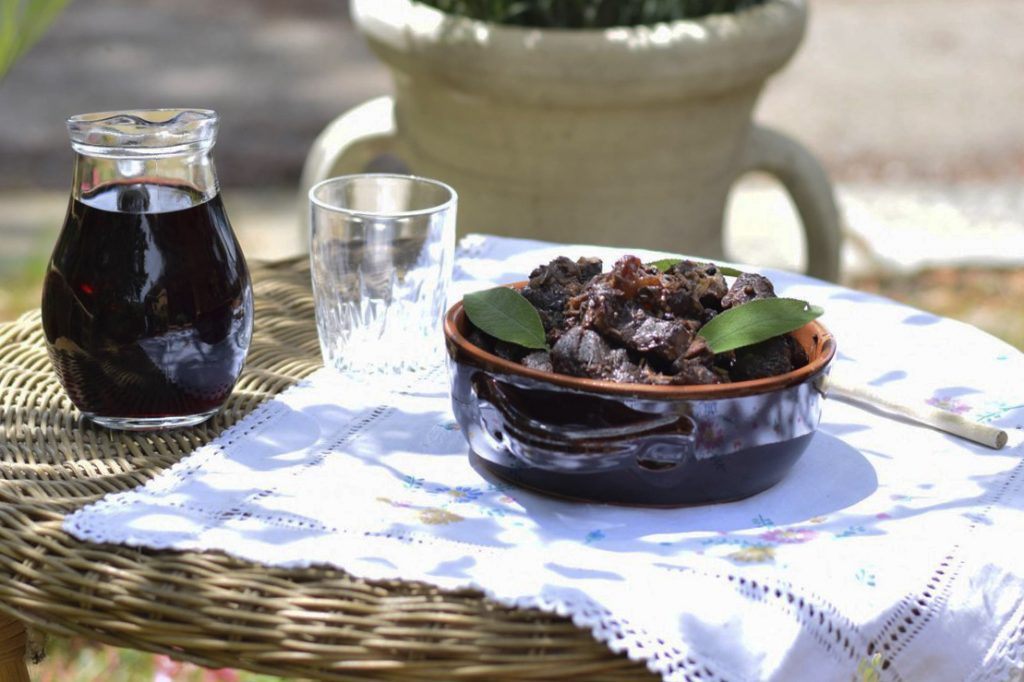 It appears that Peposo was invented by the kiln men of Impruneta (the workers who baked the bricks in the kilns): they used to put pieces of beef shank in a terracotta pan along with the other ingredients and position it at the entrance to the kiln so that it could cook very slowly. 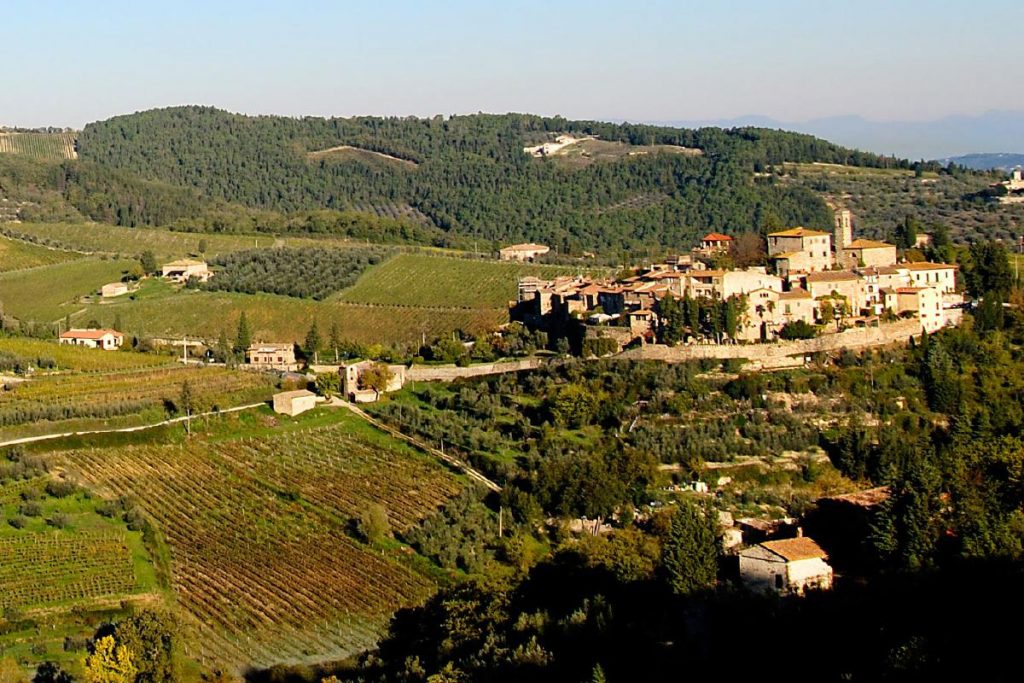 But let’s get back to the festivals: on the last weekend of September wine lovers can also head over to Montefioralle, a delightful medieval village near Greve, around ten kilometers from Impruneta: here the Montefioralle DiVino is held: two days of tastings of the wines produced by the wineries that surround this jewel of the Chianti Fiorentino area. 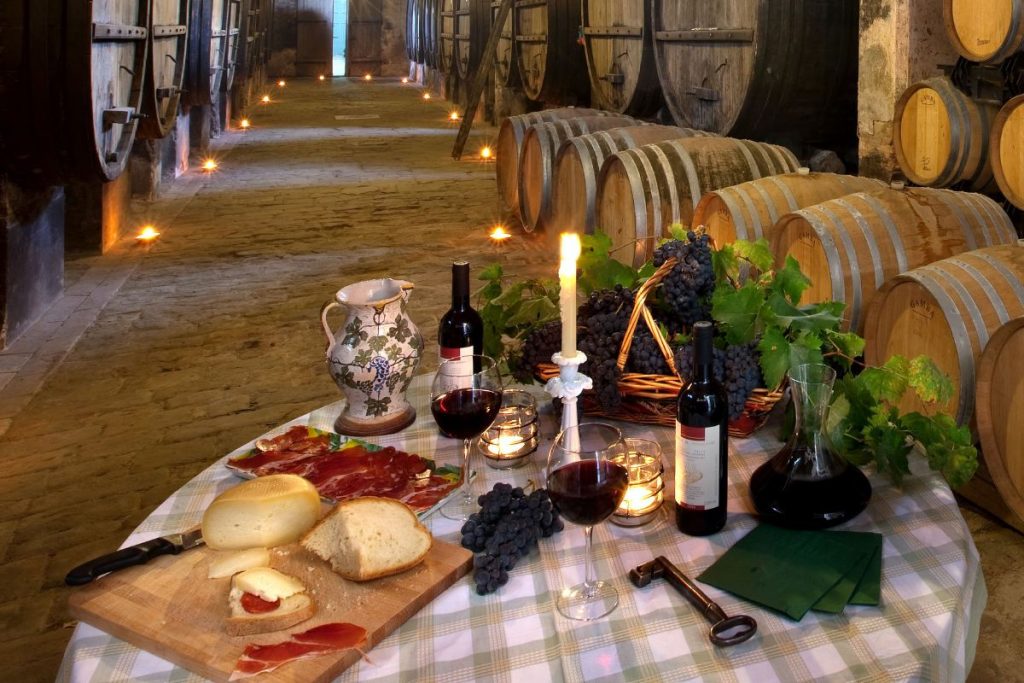 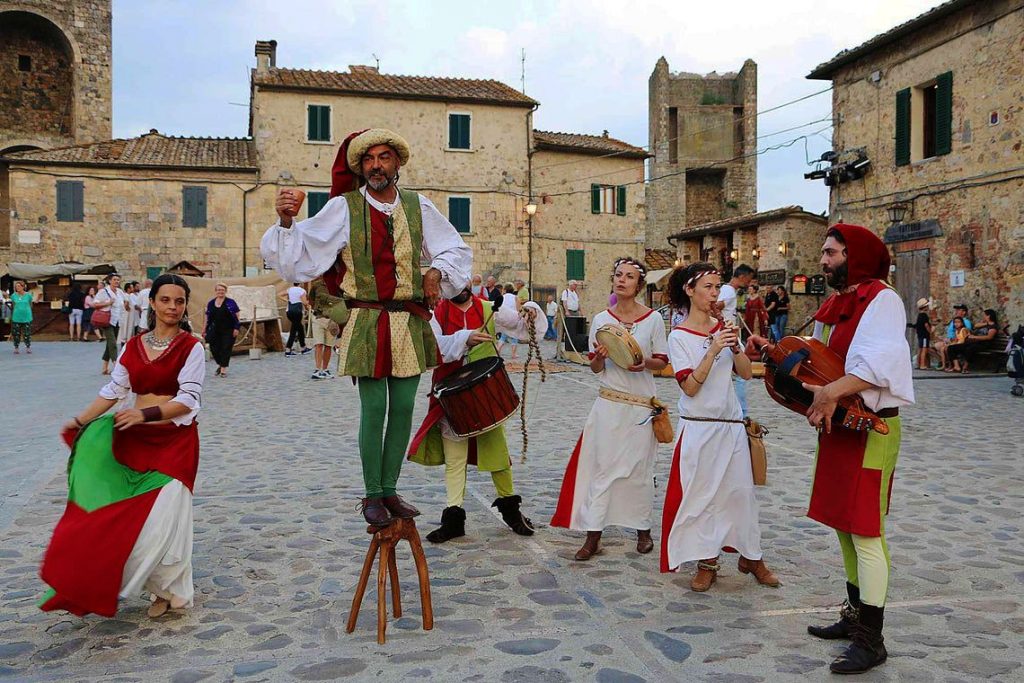