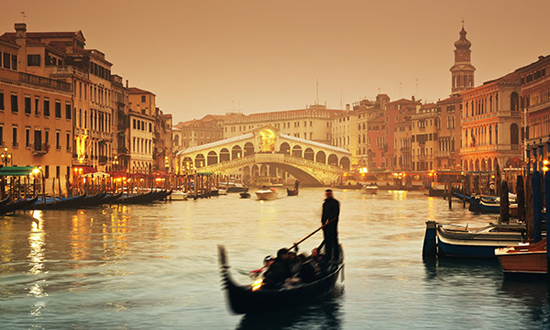 Posted at 00:00h in Events, Food and wine, Italian itineraries by allyou

Venice is a fascinating city, mainly because of the mysterious elements of its history, a history which remains mostly to be explored.

It is also possible to discover Venice by recovering its ancient vine varieties: this is what the project set up by the Consorzio Vini Venezia [Venice Wine Consortium] proposed to do in order to unearth the origins, provenance and characteristics of the ancient vines to be found on the Lagoon. The project will study their DNA, take samples and propagate them on order to create vineyards that will constitute a genetic bank of the varietals uncovered by the study.

The samples were collected from 11 localities including the north lagoon (Torcello Island, Le Vignole and St. Erasus), the city of Venice and the south lagoon (Lido Alberoni, Pellestrina and San Lazzaro degli Armeni, the island that was so dear to the romantic poet Byron, where the Monastery of the Armenian Monks stands, surrounded by a huge garden).

The mapping of the old grapevines of Venice aims to lead to the realization of two vineyards: one on Torcello (which has already been completed), restructuring rows of vines that date back to the Seventies, and the other inside the Convent of the Barefoot Carmelites. Torcello Island, almost completely uninhabited and enveloped by an atmosphere of expressive silence, is located in a very marginal position with respect to Venice.

It is reached by first stopping off on Burano, the island famous for its characteristic colored houses, leaning bell-tower and lace embroidery. The cathedral on Torcello, dedicated to Santa Maria Assunta and founded around 639 A.D., is one of the most ancient Venetian-Byzantine buildings still standing on the lagoon.

The scientific director of the Venetian vine recovery project is Prof. Attilio Scienza of Milan University.

The old vines dotted around Venice and the islands on the Lagoon were recovered with the support of Professor Scienza, and research was carried out in convents, kitchen gardens, parks and other places, in the hope of tracing some specimens that had survived the Phylloxera (the insect that attacks the roots of European vines).

Recreating the old vines and restoring Venice’s winemaking heritage also meant recovering the memory of its glorious past, its role as a lively commercial port since ancient times and the atmosphere of its calli (the typical Venetian streets wedged between two continuous rows of buildings) and inns.

The link is Attilio Scienza, the protagonist of an historical novel, written in the form of a thriller, that involves an ancient vineyard and has, as its setting, the preparations for Expo 2015. Called “Il vigneto Da Vinci”[The Da Vinci Vineyard ], it is written by Giovanni Negri. At the heart of the thriller is the disappearance of Attilio Scienza and the ancient vineyard mentioned in the title, is from the Late Renaissance and was said to have belonged to Leonardo Da Vinci.

During his sojourn in Milan, part of the crowd of artists who populated the court of Ludovico Sforza “il Moro”, in exchange for his services, the Tuscan artist and scientist asked the Duke for a vineyard in the house where he was staying, Casa Atellani, near the Duomo. Leonardo wanted a vineyard because of his love of wine as well as for scientific reasons. In fact, his drawings include some prototypes of cement tanks for wine and vats.

Casa Atellani is located precisely on Corso Magenta, just a few steps away from the Church of Santa Maria delle Grazie, where the genius of the Renaissance painted The Last Supper. The vine varietal, identified as Malvasia di Candia, has been replanted and will ‘rise again’ in time for ‘Expo 2015, when the vineyard will be opened to the public, with guided tours illustrating the ordeals it has undergone over the years, from the Sixteenth century to the present day.

The Consorzio Vini Venezia project, started in 2010 along with the Universities of Padua and Milan, CRA-Vit of Conegliano and other subjects, is also presented in a book “Il vino nella storia di Venezia” [Wine in the History of Venice], curated by Carlo Favero, which features contributions from some of the leading experts on the history of the relationship between Venice and its wine and is the basis for a modern history of enology in the city of lagoons.