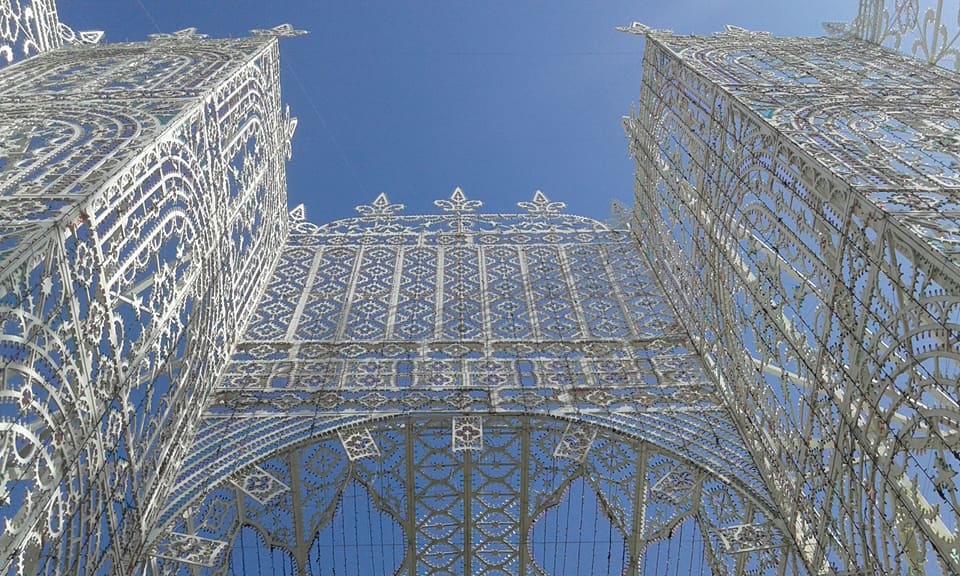 16 Jun 2016 Salento: a journey back in time starting with the magic of light

Posted at 00:00h in Events, Italian itineraries by allyou

Anyone who undertakes a tour of Italy is constantly offered the opportunity to admire the monuments and architectures of the past in the thousands of places that preserve the art and history of the Bel Paese. However the spectacle that greets visitors to Scorrano, a small village in Salento, Puglia, leaves them speechless.  Because here the architectures are made of light, yet they are just as impressive and majestic as the greatest monuments.

Every year, in July, thousands of people travel to Scorrano for the feast of Santa Domenica.

Last year the light show attracted 350,000 spectators.  ‘Love’, ‘DNA, Science and Life’, ‘The legend of Icarus’ and ‘Ancient architectures, from the dolmens to the Mayan pyramids’ were the themes that inspired the architectures of light created by the master ‘paratori‘ of Salento.  Highly crafted works that belong to the Baroque tradition (the most popular artistic form to be found in Puglia and southern Italy), made of wood and embellished with thousands of colored lights, LEDs and lasers in order to create 3D scenarios (arcades, arches, gables, buildings, towers), with winding or geometrical shapes, in patterns that look like giant colored embroideries.

This unique spectacle has afforded Scorrano the coveted title of the world capital of illuminations, giving its local patron saint’s day an international resonance.

This year the rendezvous is from 5 to 10 July.  The themes for the illuminations are a close secret and will only be revealed at the dress rehearsal held on the night between 3 and 4 July.

But what is the reason for this triumph of lights for the feast of Santa Domenica?

The answer lies in an ancient story that has become rooted in the popular beliefs of the town and handed down for generations.  Everything began a long time ago, in July 1600 when, in the midst of a plague epidemic that was decimating the population, Santa Domenica appeared in a dream to an old lady on the town walls and told her that she had decided to become the protector of Scorrano.  And, as a sign of her goodwill towards the townsfolk, she would rid Scorrano of the plague.  The Saint asked the old woman to tell the archpriest about her dream and, as proof of the truthfulness of her intentions, she predicted that anyone suffering from the plague would be cured and that, once healed, they should tell the rest of the town about this extraordinary event by lighting an oil lamp in their window.  Within a short space of time the whole town was illuminated with lights in the windows and the plague had been stamped out.  Since then, every year, during the nine days of preparations for the feast of Santa Domenica, the people of Scorrano fill the town with light out of gratitude towards their protector.

During the 6 days of festivities, Scorrano does not only offer the light show: there is also a religious program with a procession, and the entertainment continues with concerts by the town’s band and fireworks.

For gourmets and gourmands we suggest “M’illumino di Gusto”, an initiative now in its second edition, where the local agri-food companies present their products to the public in the streets adjacent to the Church of Santa Domenica.  It is possible to taste all the specialties of Salento from food to wine, enhanced by an open air laboratory of Salento’s patisserie products that represents one of the most highly appreciated aspects of the local gastronomic tradition.

The master confectioners of Salento will be there preparing the famous pasticciotto salentino which is shortcrust pastry filled with custard and baked in the oven.  It is a traditional cake that dates back to the early 18th century at least.  It is similar to a plum cake and is usually eaten by the people of Salento freshly baked and hot out of the oven in the early hours of the day for breakfast. 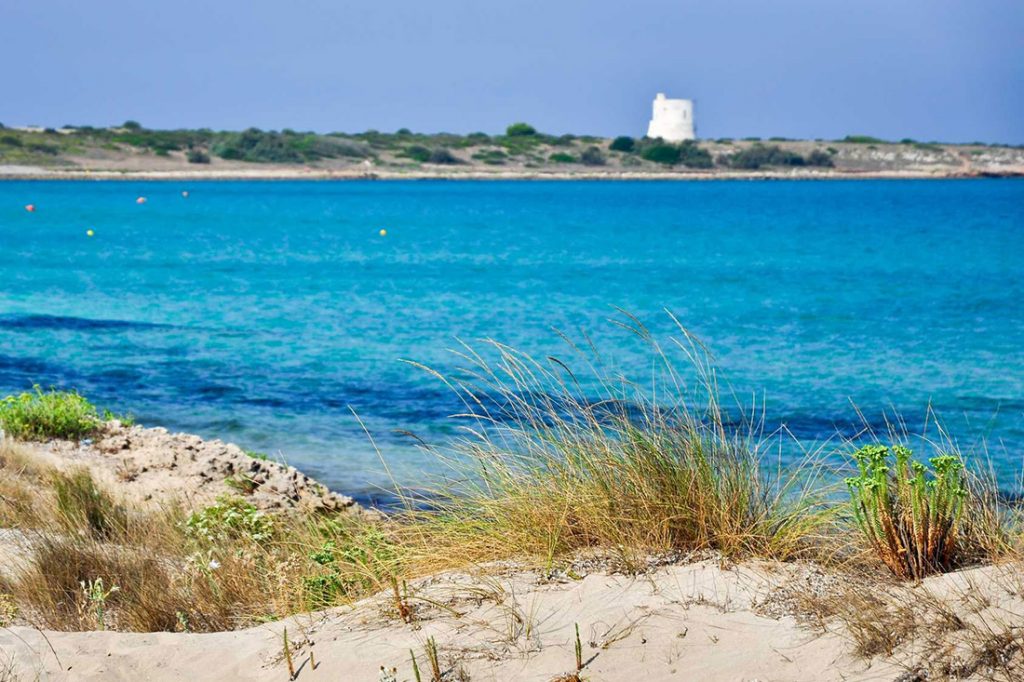 The feast of Santa Domenica offers an opportunity to tour the churches and Baroque palazzi of Scorrano and enjoy the wonderful geographical position of this town in the center of Salento, a region that has a coastline of over 250 kilometers: it is separated by around thirty kilometers from the Ionian Sea with its gentle sandy beaches, as well as from the Adriatic with its rugged cliffs.  It is worth taking a trip to Santa Maria di Leuca (less than 40 kilometers from Scorrano) which is situated at the furthermost tip of Italy, where the two seas meet.

Salento, the most eastern point of Italy

Salento holds more than one geographical record: it is also the most eastern point of Italy, the place where the sun rises first every morning: Punta Palascìa near Otranto, an enchanting town on the Adriatic, is known for this reason as the Gateway to the East.

Filled with sun and air in the summer months, this region also has a very mild climate in the winter and hosts 1,400 different species of plants and flowers.  The landscape is characterized by olive and almond trees and by prickly pears, as well as the bright colors of the Mediterranean scrub, poppies and many species of orchids.

The beauty of the landscape recalls the ancient tradition of Salento of which Lecce is the historical and cultural center.  Lecce is famous for its typical architecture: the Baroque Leccese style flourished between the 1600s and the 1700s and is recognizable for the imagination and visionary exuberance of the stonemasons which was made possible by the use of the soft pietra leccese, a tuffaceous stone that is easy to work and engrave.

But Salento has an even more ancient history, dating back to the Middle Paleolithic, around 80,000 years ago.  In fact the province of Lecce is dotted with Dolmens and Menhirs and the ancient Greeks called it Massapia (“The land between two seas “). 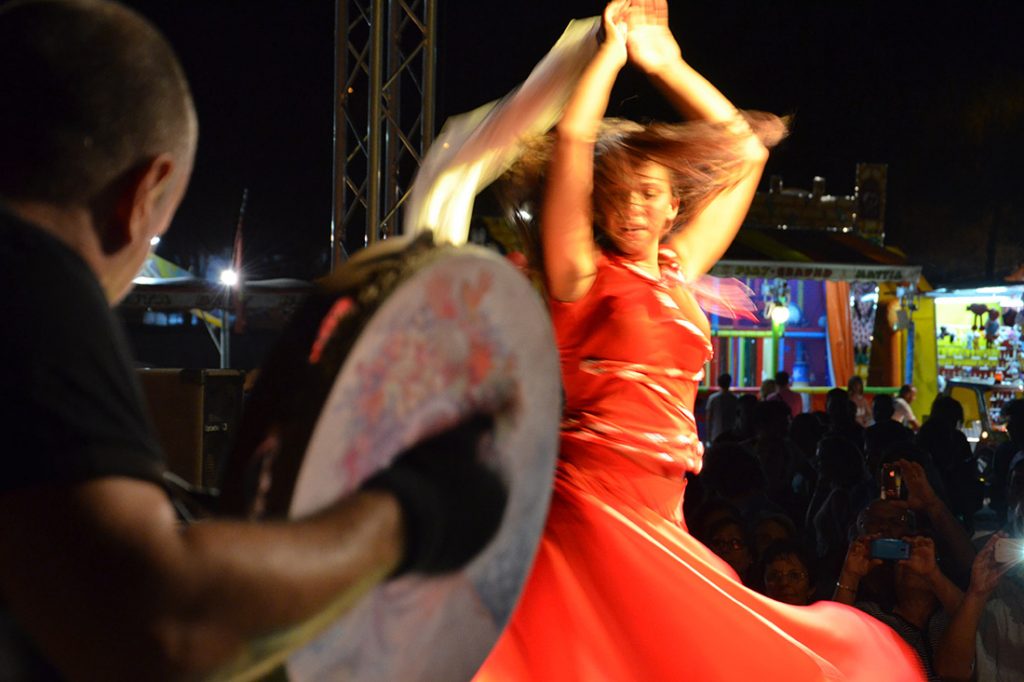 Much of the region’s history is embedded in its folk traditions (pizzica and tarantismo), artistic exhibitions and fine cuisine, and it is possible to find, in addition to the “pasticciotto” and the almond paste cakes (according to the period and the occasion), puccia, friseddhre, pittule, rustici; and “lu mieru“, the wine of Salento.  According to sector experts, the wine produced from the Negramaro, Primitivo and Malvasia varietals is of a particularly high quality.

The history, art, landscape, folk traditions and fine cuisine of this land transform a trip to Salento into a journey back in time: for which an excellent and undoubtedly very original starting point could be the magical lights of Scorrano.