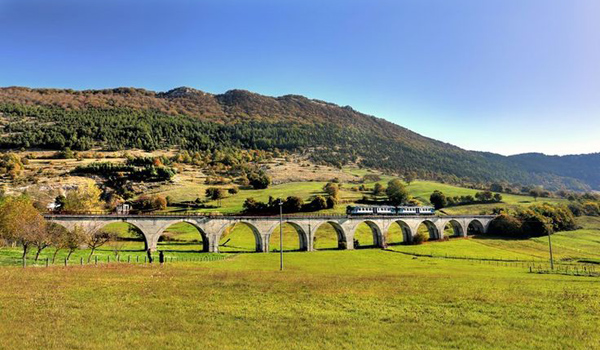 Italy has a robust transport and communication sector that includes all the main means of transportation used all over the world. With sea ports and an elaborate

road and rail network, Italy boasts of a well-developed railways system, modern roads, standard airports and sea-ports. In this post, the main focus is on railway and road networks in this European nation. Away from the port cities, there is no better way of touring the Italian cities other than by train.

The railways network in Italy is so diverse that it links almost every important city or town. It is true to state that all the cities of Italy are intertwined in the railroad network. A major benefit of traveling by train in Italy is the shorter times you can take depending on the kind of train you take and the destinations in question. A major train in the country that many use is the 186 mph Frecciarossa train that links Naples through Rome and into Florence before going all the way to Milan in only four hours. At 186mph, you cannot beat these speeds by road.

Travelling by train is relaxing and fascinating, but it also means required stops and less freedom. On the other hand, travelling by car is quicker and easier when you have to face time management. Traveling by road will also give you an opportunity to venture into places without a railroad network, a major concern for most motorists in Italy is the motor vehicle congestion in Italian cities. It is no secret that finding parking space in Italian cities just like many other major European cities is never an easy thing. This however does not mean you cannot use cars as a means of travel within Italy. In fact, if you want to travel within a city or a single town, Italy car rental services would be your best bet.

With the Italy train map that covers all major cities worth visiting, it is also encouraging to know that the train fares are very reasonable. If you make an advance booking for your train journey, the fares

will range from just €9 to €29 depending on the destinations in question. With the current high-speed trains, it only takes slightly more than one hour to travel from one city to the next. If you were to compare car vs. train in Italy, the train would be fair in terms of cost and time efficiency but cars would do better when it comes to getting into places that are not so close to the railway lines.

The good news for any tourists planning on touring Italy by train is the booking tickets that are available online. If you want to get any information on the fares, times and schedules of any trains and any other information, you can visit www.trenitalia.com. From this site, you can get an Italy rail pass, the official Italy train map and all relevant information you can use to plan for a good tour of Italy by train. Perhaps it would also interest the visitors to know that the trains have no limitations of luggage as flights often do.