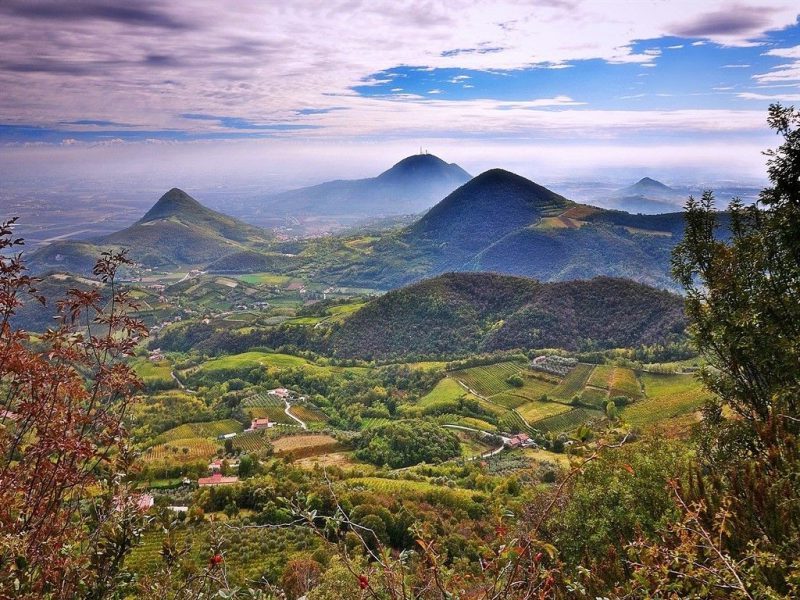 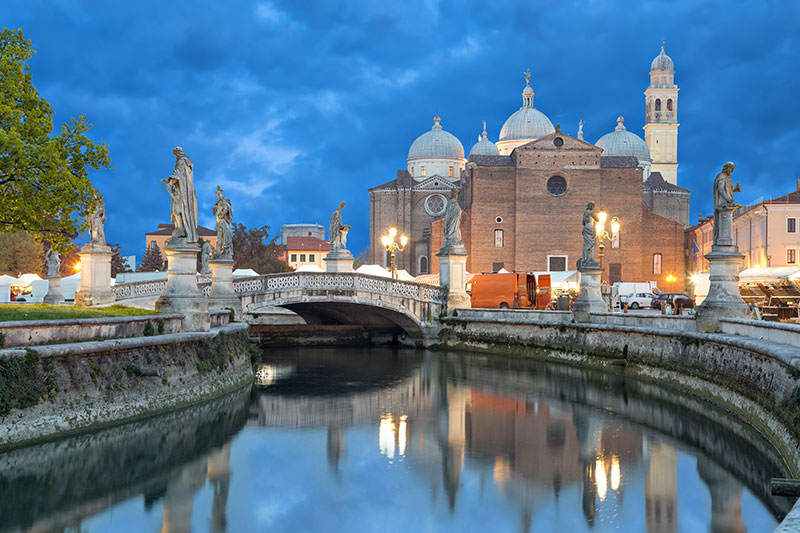 The best way to visit the Euganean Hills is to wander aimlessly along the roads and ancient pathways.  This is the only way to fully appreciate the constantly changing and varied landscapes. 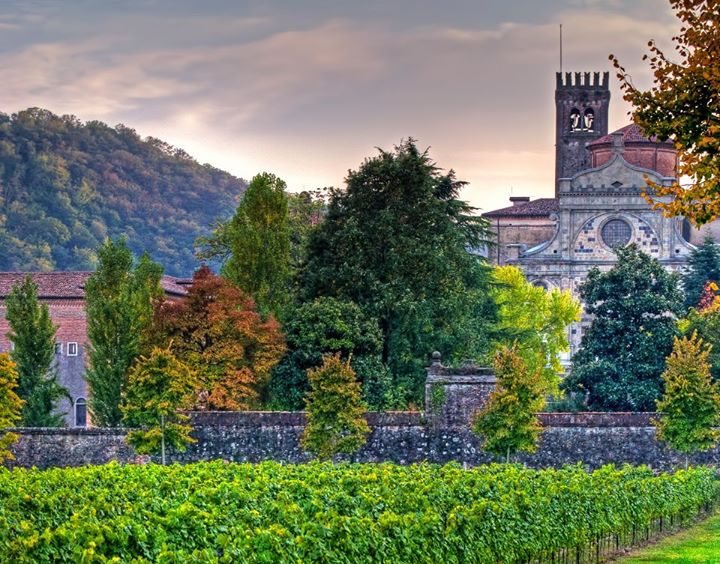 Praglia Abbey, located at the foot of the Euganean Hills.

The landscape consists of a succession of perfectly geometrical vineyards, villages and medieval castles, Renaissance villas and patrician residences, churches, monasteries and hermitages still occupied by Benedictine and Camaldolese monks.

The vine, the most widely grown crop, has been cultivated in this area since time immemorial: the combination of soil type and climatic features make the Euganean Hills highly suitable for the production of quality wines.

In ancient Roman times, the Euganean Hills were famous for the neighboring spas and their location halfway between Rome and Vienna.  In fact, there is a locality named after its position on the ancient roads of the Roman Empire: “Mezzavia” (literally “halfway road”). 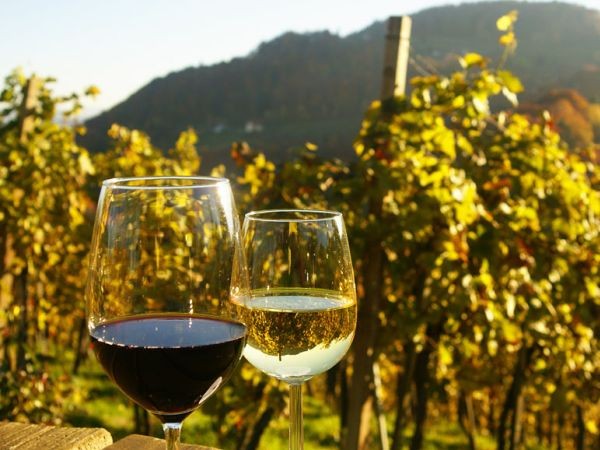 Wines of the Euganean Hills

Apart from the Archaeological Museum of Este mentioned above, the Euganean Hills offer many other tourist and cultural attractions: the great 14th century poet Francesco Petrarca lived and is buried in Arquà Petrarca; and there is a splendid Benedictine Abbey worth visiting in Teolo, in the locality of Praglia.

There is also a museum of contemporary art at the Palazzotto dei Vicari, dedicated to the philosopher and art critic Dino Formaggio.

Along the Wine Trail of the Euganean Hills – much favored by illustrious figures such as Petrarca, Goethe, Foscolo, Byron and Shelley – is the Euganean Spa complex, the most famous groups of spa resorts in Europe, particularly renowned for their mud treatments.

The Terme Euganee consist of the two main centers of Abano and Montegrotto, and the smaller centers of Galzignano, Battaglia and Monteortone di Teolo: the perfect place for restoring strength, wellbeing and beauty. 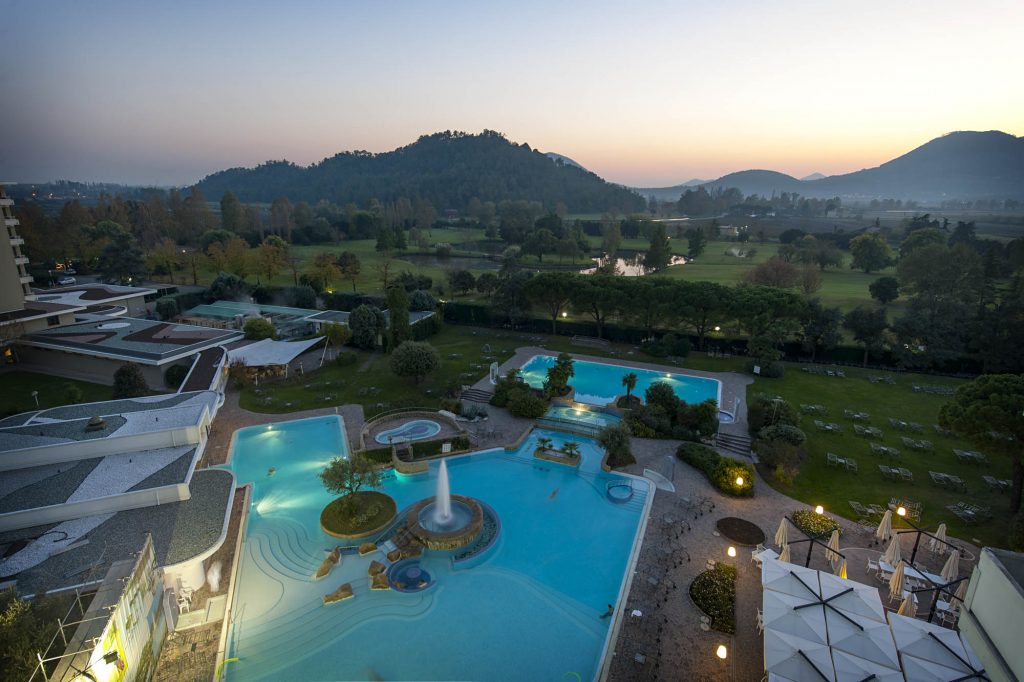 The secret of these spas is the water which originates from the unpolluted basins of the Prealps and, after a long underground journey during which it is enriched with beneficial mineral substances, reemerges in the Terme Euganee spa areas at a temperature of 87°.

This unique water is crucial to the process of maturation, preservation and regeneration of the spa muds which are unparalleled for their salt-bromide-iodine content and therapeutic properties.

The quality of these spa waters has distinguished the Euganean spa basin for thousands of years: before the Romans, between the VIII and III century B.C. the ancient inhabitants of the area, the paleo-Venetians, had a lake shrine here as evidenced by the discovery by archaeologists of thousands of earth and clay pots and small votive bronzes.

To find out more about spas in Italy you can see the article Top 10 Spas in Italy.