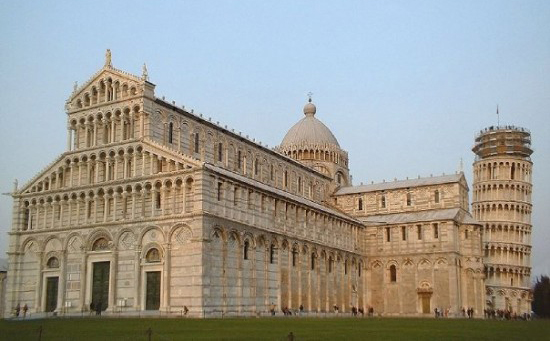 Do you want to know some interesting and fun facts about the Leaning Tower of Pisa? Many people around the world are familiar with the Leaning Tower of Pisa, Italy, which is actually the bell tower of the Pisa Cathedral, but most people don’t know why it leans or how it is still standing today. To visit the most famous leaning tower in the world in style, check out the luxury villas in the region.

1.Construction on the Leaning Tower of Pisa took 176 years!

The reason for such a lengthy delay may not come as a surprise: several costly wars in which the city-state of Pisa was involved. The delays were probably a blessing in disguise, because the soil compressed over the years of construction, likely keeping the Tower from falling!

2.The identity of the original Pisa Tower architect is unknown.

Bonanno Pisano is usually credited as the original architect, but Gherardo di Gherardo is another possibility.

Another Pisa Tower architect was Giovanni di Simone, who took over in 1272. He built the upper floors, with one side taller than the other, so that the Tower is actually curved. The Tower was finally completed by Tommaso di Andrea Pisano, who erected the Gothicbelfry. The Tower itself was built in the Romanesque style.

3.The Tower used to lean in a different direction!

It initially leaned to the north, then it began leaning to the south upon further construction in 1272. It still leans to the south today. Could the Pisa tower fall? That has been a concern for a very long time, and corrections have been made in the 20th and 21st centuries. Before correction in the 1990s, the Tower was leaning at about 10 degrees. Today, the Tower leans at about 3.99 degrees, or 5 meters from perpendicular.

4.There is a possible link to Galileo!

The famous astronomer, a son of Pisa, may have dropped a cannonball and musket from the top of the tower in the late-16th century, to test mass versus speed.

5.The reason the Tower leans is still a bit of a mystery!

It’s likely, though, that the delay in construction caused the soil to shift. The weak, unstable subsoil of clay, sand, and shells also may have been too soft on one side for the Tower to stand upright.

All of that, combined with what may have been a faulty three-meter foundation, probably caused the inclination. The leaning increased over time at various, sometimes surprising, rates. The Tower has leaned at different degrees through the years, but it was leaning even prior to its completion–at least since the third floor was added!

6.Pisa has other leaning towers.

7.Is there still a chance that the most famous Pisa Tower could fall?

After recent stabilization efforts, it should remain standing for at least another two centuries. For the perfect trip to see this fascinating landmark and other

Tuscan sites, explore these luxury villas in the Pisa area.