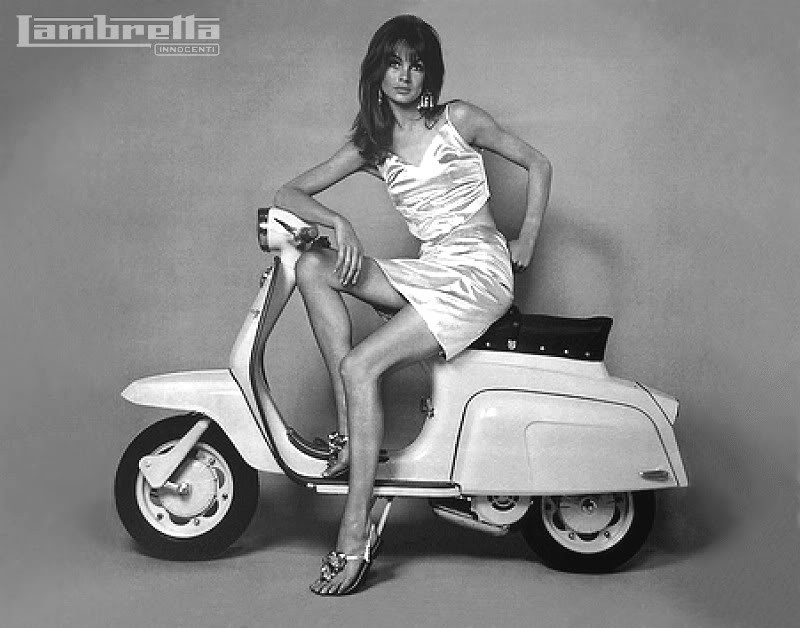 But Pierluigi Torre’s fame mainly derives from another ‘creature’ he designed long before blue roses which, after his brilliant aeronautical inventions, was destined to become the symbol of Postwar Italy: the legendary Lambretta, the contemporary and sophisticated rival of the Vespa scooter.

Torre was asked to work on the prototype of the Lambretta by Ferdinando Innocenti, the owner of a famous factory in Milan that, soon afterwards, began producing this elegant scooter.

The Lambretta (along with Pierluigi) is the ‘star’ of the movie “Roses and Mathematics” by director Roberta Torre (the engineer’s grand-daughter): the film follows Italian history through two World Wars, from the early 1900s until the 1980s, as it narrates the life story of this brilliant, passionate and dedicated dreamer.

But let’s go back for a minute to the inventions that preceded and followed the Lambretta: flight and the color blue. It is not a coincidence that these are the key words in the world’s most famous Italian song, “Volare”, and that this song was composed at the end of the 1950s, a period in which Italy was emerging from the difficult Postwar era and enthusiastically racing towards the economic boom.

“Volare nel blu dipinto di blu” [literally “to fly in the blue (sky) painted blue”], dreaming the impossible and making it possible through your imagination: all of these elements can be found in the story of the invention of the Lambretta.  Director Roberta Torre explains:

“It was an important historical moment when Italians wanted to travel fast, to get across the country.  So the Lambretta also represented the concepts of rebuilding Italy after the war, joie de vivre and happiness”.  In fact the first Lambretta was launched onto the market in 1947 and immediately became the symbol of youth, speed and having fun.

Roberta Torre’s movie aims to relive this moment of great vitality and creativity. “Apart from the Lambretta it looks at all the big Italian products that were launched in those years”, continues Roberta.  “They were years that represented a huge revolution in Italian design and fashion.

This is confirmed in the reconstruction of a scene in Luigi’s villa that is filled with all the various creations that date from that period: lamps, furniture, basically everything that led to the establishment of Italian design”.

The Lambretta can also be seen as a design object as greater attention is paid to detail than with the Vespa, although the latter enjoyed more intense commercial exploitation.

Inside the Innocenti factory, where he worked for many years, Pierluigi also realized an enormous flowerbed of blue roses, his ‘last creations’, to which he dedicated the final years of his life.

“He had a great passion for roses and always went to the Barni nursery which was famous for roses and flowers: he studied for a long time until he managed to obtain the perfect gradation for this particular type of blue rose.

He used to say that color is an infinite variable and that, as in the wonderful game of mathematics, everything is the result of a calculation.  He continued to cultivate the roses in his nursery in our villa on Lake Maggiore, in Stresa, the location of our summer holidays, as well as the destination for many outings on the back of a Lambretta.”

Italian culture, Made in Italy