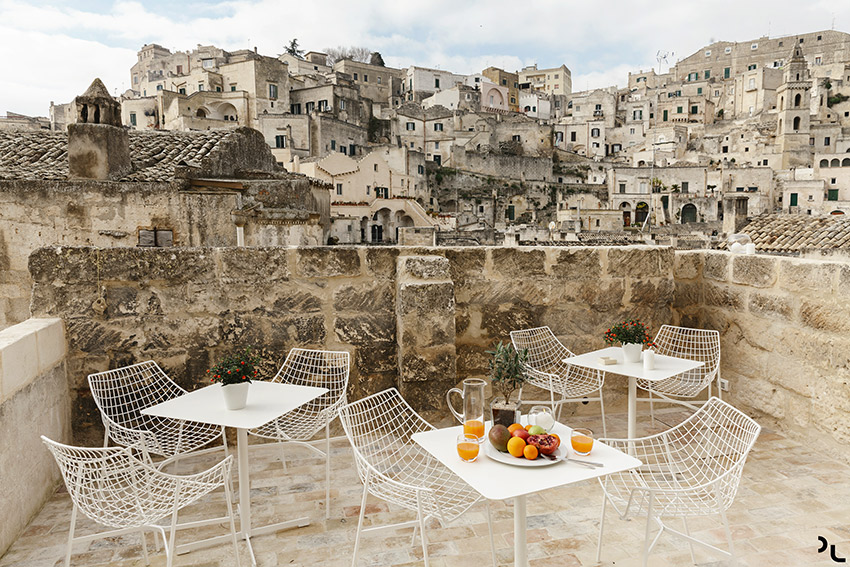 Posted at 18:16h in Italian itineraries by Caterina Lancellotti

A city hewn out of rock ten thousand years ago

“…I arrived at a road that on just one side was flanked by old houses while the other side ran along a precipice. In that precipice lies Matera”: This is how the Italian writer Carlo Levi recounted the discovery of this city in Basilicata, in the south of Italy, around sixty years ago.

Matera is unique not just because it is ten thousand years old (it is the third most ancient city in the world after Aleppo in Syria and Jericho in Jordan), but above all because it was dug out of calcareous rock (called “tuff”) and the houses are distributed along the slopes of a deep valley that is very similar to a Canyon, known as Gravina. Cave dwellings and cellars alternate with underground labyrinths and ancient caverns to create a truly unique landscape. 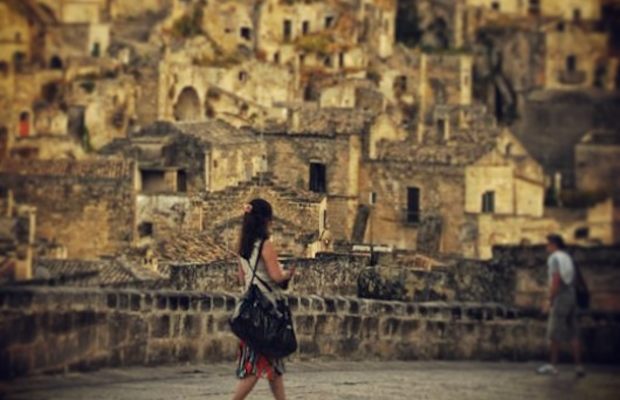 To visit Matera means to walk along a path that man has traveled from the dawn of history until the present day: many of the houses that make up the original residential nucleus were continuously inhabited from the Bronze Age right up until the 1950s when the population was moved to modern dwellings and the “Sassi” were subjected to a comprehensive restoration.

Matera was, in fact, nicknamed the “città dei Sassi” or city of stones, a name that identifies the two main districts entirely dug out of rock which make up the historic city center: the “Civita” and the “Piano”.

The “Sassi”, a model of urban eco-system

The “Sassi” represent a model of exploiting natural resources in order to achieve conditions that were suitable for the life of a vast community. They constitute an urban eco-system that managed to perpetuate the method of living in caves from prehistory to modern times through the intelligent use of the resources provided by nature: water, soil and energy.

In fact the caves were inhabited by several families and despite the lack of space nearly all their daily activities were carried out in the hollow recesses of the cave-houses: from handicrafts to weaving, from food preservation to animal care. 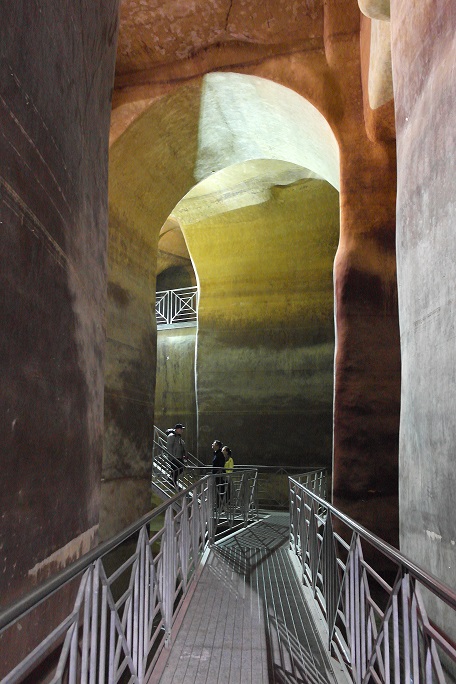 Matera, a city hewn out of rock ten thousand years ago

The constant temperature (around 15 degrees) was guaranteed by the characteristics of the marine tuff rock out of which the caves were hewn, so the inhabitants did not suffer too much cold in the winter and found shelter from the burning summer heat.

In addition to the cave-houses, the “Sassi” host cisterns, warehouses and over a hundred “rupestrian” or rock-hewn churches, many of which have been perfectly preserved.

Over the centuries the region of Matera, which is so beautiful that it has earned itself the name of “second Bethlehem”, has inspired writers, artists and film directors like Mel Gibson who chose it as the set for his “The Passion of the Christ”. 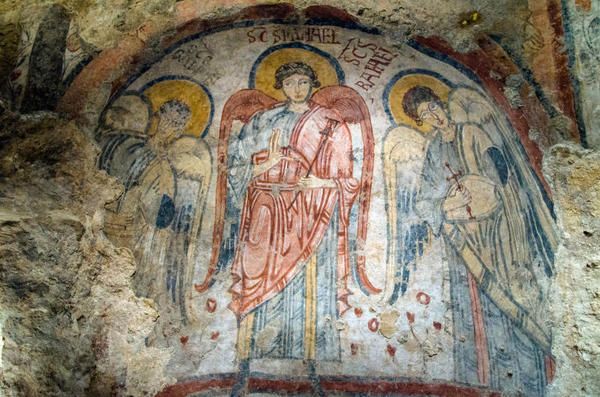 the “Sassi” host cisterns, warehouses and over a hundred “rupestrian” or rock-hewn churches

From “shame” to international pride

Until the 1950s Matera was a symbol of the backwardness of Southern Italy, so much so that it was considered a “national shame”; but over time – thanks to the sweeping renovation work that returned the “Sassi” to their original beauty – Matera has become first “a national pride” and then the pride of the whole world.

In fact, in 1993, UNESCO declared Matera a “World Heritage Center”: the sixth site in Italy in chronological order and the first in the south.

On that occasion, for the first time, UNESCO used the concept of “cultural landscape” in its criteria and motivations for the registration, seeing it as the fruit of the combined work of man and nature.

So ancient yet, at the same time, so topical, Matera is preparing to relive its splendor in 2019 when it will be the European Capital of Culture. 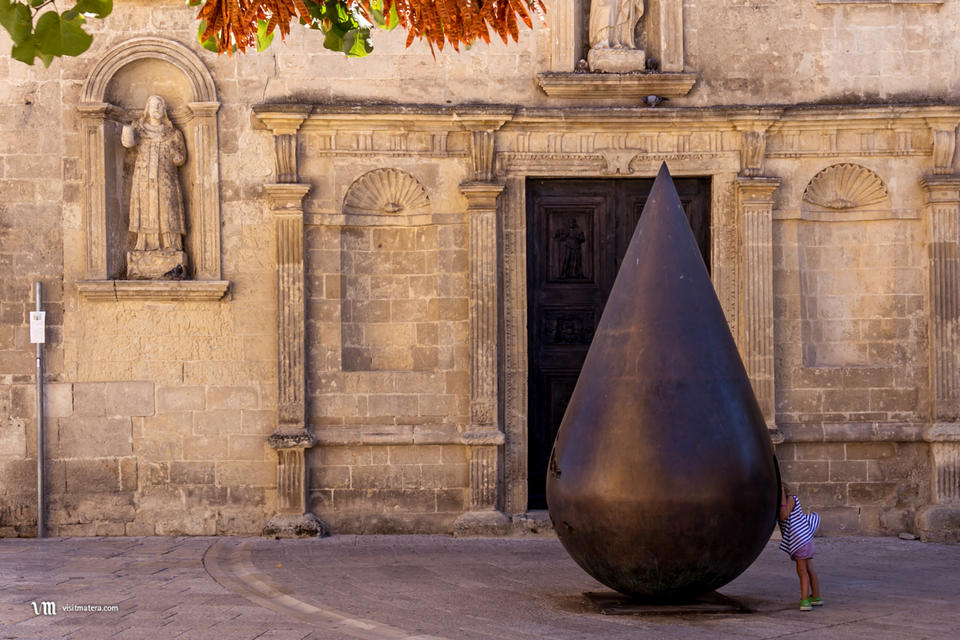 The initiatives will focus on five themes that will encompass the whole of the Basilicata region. They will aim to create a parallel between the city and the rest of Europe, between past and present. They are: 1) Remote Future which will represent a reflection on our relationship with space and the stars; 2) Continuity and Breakages which will focus on the history of Matera, especially the period of the early 1960s when it was defined as “the shame of Italy”, drawing parallels with the social inequalities of our times. 3) Utopias and Dystopias will imagine the Matera of the future as a space in the south in which to give birth to our own dreams, our own possible utopias. 4) Roots and Pathways will explore the cultural relationships that unite the city with Europe: Matera and the Basilicata region were a point of convergence between different cultures in the past and will become so once again in 2019. 5) Reflections and Connections will discover the value of time and languidness, taking a step back from the accelerated rhythms of the present.

The advice of Lonely Planet: visit Matera this year

It is possibly for this reason that Lonely Planet has put Matera in the top 10 Best In Travel 2018, the guide to the best destinations in the world that is drawn up every year. Here it states that 2018 will be the last year in which it will be possible to experience Matera in its most authentic form.
In any case, visiting Matera takes time. But that time will reward the visitor with extraordinary knowledge and sensations.

The first thing is to go to one of the “cave Houses”, houses that are furnished in the same traditional way used since the 1950s, an extraordinary example of what peasant society and the living conditions were like in the ancient neighborhoods dug out of tuff rock. Then it is essential to visit at least ten of the many rupestrian Churches: regular jewels set in an ancient stone casket, the precious legacy of the Byzantine and Bened

ictine monks who settled in the area in the Early Middle Ages.  Also worth discovering is the ingenious water collection system invented by the peasants of Matera in order to collect and store rainwater. Evidence of this is a casual recent discovery, the Palombaro Grande, a huge underground cistern where the rainwater used to supply the whole city center was stowed. Climbing down into the area of the Palombaro rooms and ambients have been discovered that were used for carrying out craft activities, authentic proof of a very ancient underground Matera.

The best bread in Italy

Even the food in Matera has an ancient identity.  Starting with the bread which is famous for being the best in Italy. This PGI (Protected Geographical Indication) product neatly sums up the products that the land of Basilicata can offer: from the purity of the spring water to the quality wheat of Lucania to the right level of baking that gives the bread its crunchy crust while leaving the inside soft. 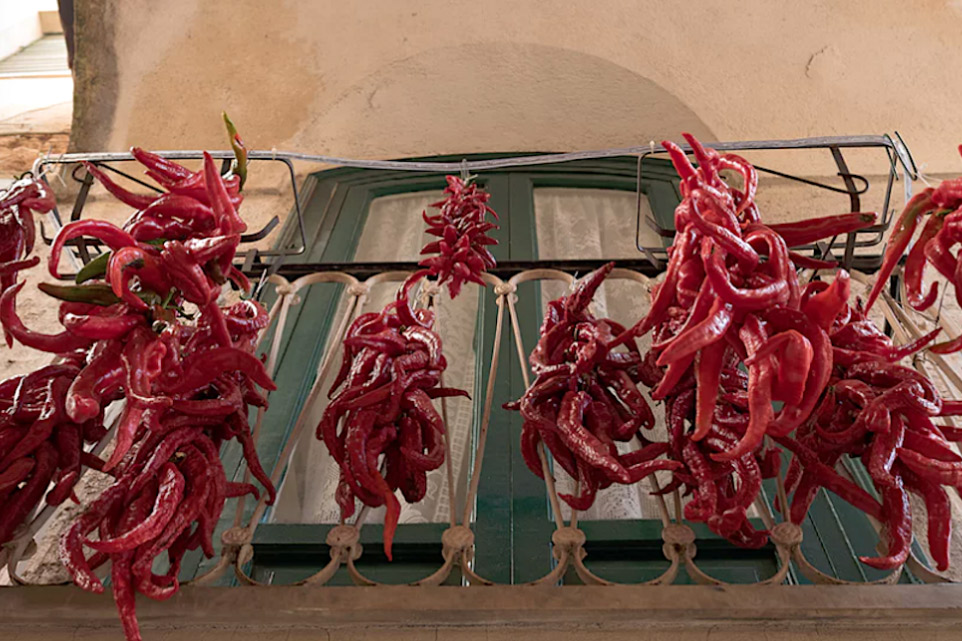 One of the typical dishes of Matera is “Crapiata” made with pulses and cereals, a regular soup that originates from the peasant tradition during harvest time. Also worth sampling is “Ciallèdd”, a simple dish consisting of stale bread which is left to harden for weeks then flavored with potatoes, onions and herbs; and then there are the sweet and crunchy “peperoni cruschi” peppers and the exquisite ricotta cake.

Basilicata is more than just the City of the “Sassi”: there is plenty more to discover; paradoxically this is helped by the fact that there is no efficient transport network and it is necessary to get around by car.

Without wishing to spoil the pleasure of adventure, we will restrict ourselves to mentioning just two destinations.

It is worth taking “a leap” (almost literally) over to Pietrapertosa and Castelmezzano, two little mountain towns (in the Lucanian Dolomites) which together make it possible to experience “il volo dell’angelo” or the Angel’s Flight, one of Basilicata’s biggest attractions, ideal for lovers of extreme sports.

This is a sort of zip line that connects the two towns by means of a steel cable that is stretched over a precipice. The daring folk who choose this experience are literally launched, horizontally, from one peak to the other. 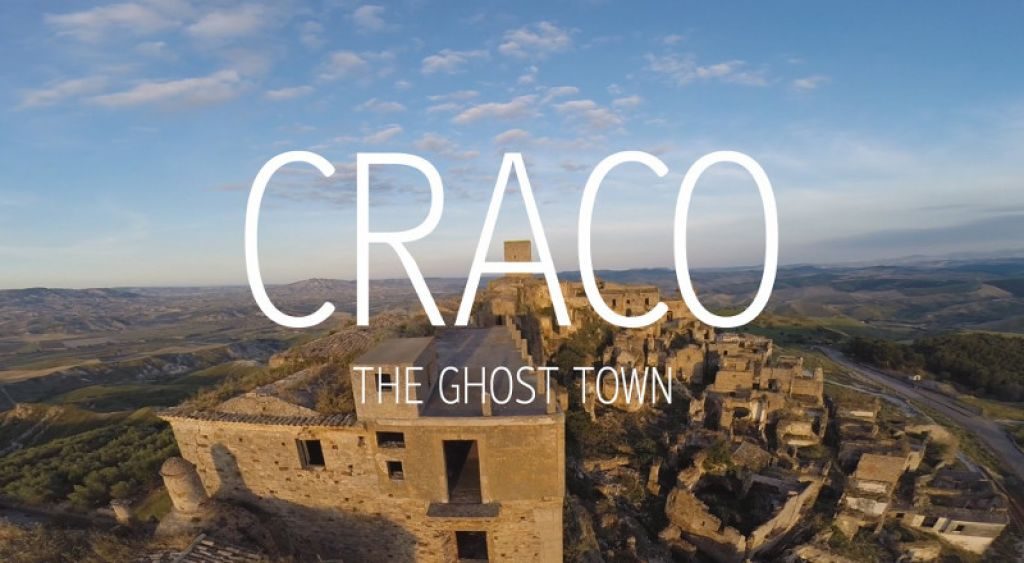 Another unmissable destination near Matera is Craco, also known as the ghost town: perched amidst the gullies with its arid white dunes it offers visitors a lunar landscape; it is not a coincidence that this location is often chosen as a film set (one example: the scene of Judas being hanged in “The passion of the Christ” by Mel Gibson).

Craco is deserted because hydrogeological disturbances caused a series of landslides which forced the inhabitants to abandon the town in 1969 and move further down the valley.

Today Craco has become a museum park and a permit is required to visit it; but it is worth the effort: since it is not a mass tourist destination the town remains the same as it was 50 years ago, silent and mysterious; disturbing, at times spectral. Like a real ghost town.