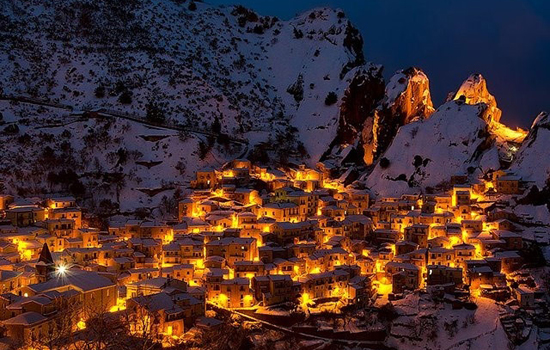 Italy has been a strong Christian based culture for generations and through the years has adopted Christmas into their traditions. Italy is known for its strong traditions, and people from around the world can easily share in their experience. An Italian Christmas follows uniquely region specific traditions that are respected by almost all the households in the country. If you’re looking to spend your Christmas among warm, passionate people who collectively share in the festive season, then Italy is the place to be.

On December 8 every year in Italy, the public holiday called Festa dell’Immacolata Concezione (Feast of the Immaculate Conception) begins. Christmas decorations go up on this day around the country, the most notable decorations being the Christmas tree and the presepe, the nativity scene, which was first started by Saint Francis of Assisi. Homes around Italy become adorned in decorations as well as the yearly Christmas markets open to the public where Babbo Natale (Italian Father Christmas) can be seen spreading cheer. Although the day celebrates the Immaculate Conception, Italian traditions honor the immaculate nature of the conception rather than celebrate the day that it happened.

Sicily and Northern parts of Italy celebrate Saint Lucy’s Day, usually known as Santa Lucia’s Day, as a national holiday. The “Parade of Light” is

traditionally held on the 13th of December to pay respects to Saint Lucia and her influence in the famine of 1582. She came with a flotilla of ships filled with wheat to help the starving Sicilians. The Sicilians were so hungry that they just cooked the wheat without bothering to grind it into flour. Italians therefore celebrate the evening with the Feast of St. Lucy where they eat cuccia (a type of wheat) and avoid anything made with wheat flour.

Christmas dinner in the Italian religion is celebrated with lots of seafood; traditionally the Feast of the Seven Fishes will be served. Following the feast, delectable Italian sweets are served such as panforte, struffoli, pandoro, torrone, caggionetti, and panettone.

Christmas day is when it is common to enjoy a lunch with family where you would eat a selection of meat dishes and cheese.

On December 26, the national holiday called Giorno di Santo Stefano (St. Stephen’s Day) is celebrated and festivals can be seen in the streets all the way to La Befana or Epiphany, which is on the 6th of January. The

day of Epiphany in Italy is when decorations are taken down and the celebrations of Christmas are ended with the burning of female puppets on a falò (bonfire). It symbolizes the birth of the New Year to the people of Italy, as the old year ends. On the Night of Epiphany, it is said that the good witch rides the night-sky on her broomstick brining the naughty children bags of coal and the good children bags of sweets.