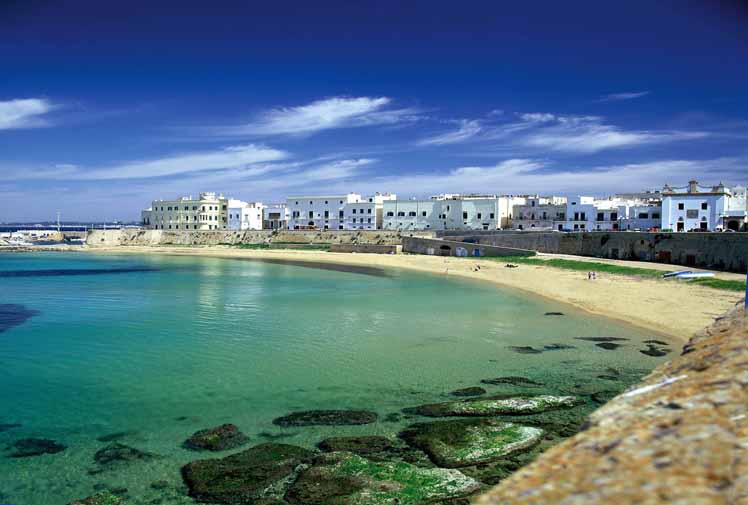 Also, lapping around most of the Puglian coast is the kind of clean and translucent water you actually want to swim in. That’s not something you can say for most of Italy – not outside the islands, at least.

But for all its recent fashion quotient, Puglia is still relatively unexplored.

The area around the town of Alberobello has achieved the sort of easy recognition that comes from having a photographer’s dream subject: the trulli, those conical, beehive-like houses or shelters that look like dwellings of some lost prehistoric race.

Nearer the coast, the rise of Bari and Brindisi airport as low-cost flight destinations has led to a proliferation of rural hotels – many of them based in rennovated masserias, or traditional fortified farmhouses.

However, it takes very little to get away from the high-season crowds in this fascinating part of Italy.

One of my favourite parts of the region is the Salento, the heel of the Italian boot, which as an Englishman I always compare to Cornwall – it has the same finis-terrae feel, the same pre-Christian culture survivals (the tarantella or pizzicata in Puglia, the Hobby Horse in Cornwall), the same territorial rootedness and reserve. Of course there are substantial differences too – not least the weather.

The reserve I mention here is not obvious to outsiders who assume – wrongly – that Italians get more ebulient and theatrical the further you travel south. What goes for Naples does not go for Sicily, or Puglia – especially not for the region’s southern promontory.

There’s a mix of pride and shyness among salentini, mixed with a rather formal politeness, which I enjoy immensely. And running under the surface are deep passions, which sometimes come out in feuds and arguments but more frequently in the driving, mesmeric, trance-like beat and rhythm of the pizzicata or tarantella.

(Cesare Brandi got it right when he called Gallipoli “an inland city on the sea”).

I love Otranto too, which plays its own games, pretending to be a chi-chi summer resort for hipromani and milanesi, but in fact revealing itself deep down to be a rather serious, innocent town graced by one of Italy’s most stunning small cathedrals (where else in the world are Jesus, Mohammed and King Arthur depicted together in the same Christian work of art?).

But above all it’s the interior of the Salento that gets under my skin. Places like the wonderfully named Depressa, a frazione of Tricase, where I once took tea with Barone Riccardo Winspeare, the late father of film director Edoardo, in his elegantly délabré palazzo on the main square.

In perfect English, apparently learned from a nanny, he told me about the time Princess Margaret, sister of Queen Elizabeth, had come to stay. “She was quite, quite mad”, he assured me placidly.

Or places like Galatina, with its wonderful church of Santa Maria d’Alessandria, frescoed throughout in the fifteenth century by itinerant painters from Tuscany, the Marches and Emilia.

I was once sitting in here, reading my guidebook, when a young woman came in, dressed as if she was about to go nightclubbing. Ignoring me, she walked down the aisle and up to the organ, sat down, and beginning playing the most exquisite Bach fugues.

After the homemade lemon sorbet in the bar across the piazza, I thought things couldn’t get any better. But they just had.